Go Away Neo-Nazis, No One Wants to Read Your White Supremacist Children’s Books 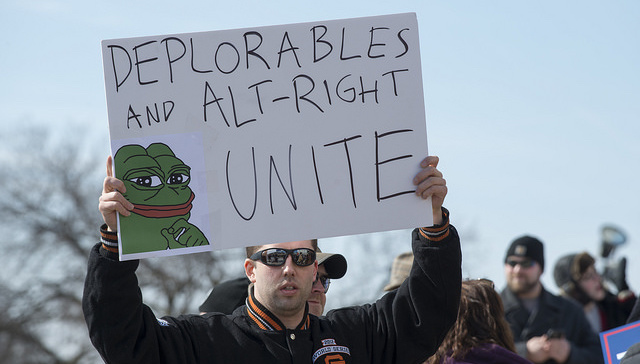 When  neo-Nazi Trump supporters adopted the character of Pepe the Frog as their racist mascot, the meme’s creator, Matt Furie said he thought it was “just a phase” and that “come November, it’s just gonna go on to the next phase.” Of course, as we know now, nothing ended in November (except maybe for our hopes, dreams, and sanity), and Pepe is still the mascot of the deplorables, as well as an official Anti-Defamation League hate symbol.

Furie has since expressed his extreme disapproval of the racist appropriation of his creation. He’s killed Pepe, saved Pepe, and illustrated the “alt-right nightmare” his character is living. Still, that hasn’t stopped the racists from using the character however they want online. But one troll went too far and wrote an actual children’s book all about Pepe and his racist exploits. The Adventures of Pepe and Pede (which is still up on Amazon, but listed as “currently unavailable,” and I don’t suggest looking it up unless you want to absolutely destroy your site recommendations) shows Pepe and his caterpillar friend Pede battling “Alkah” the alligator and his army of “pink creatures covered in mud that look similar to women in burqas.” 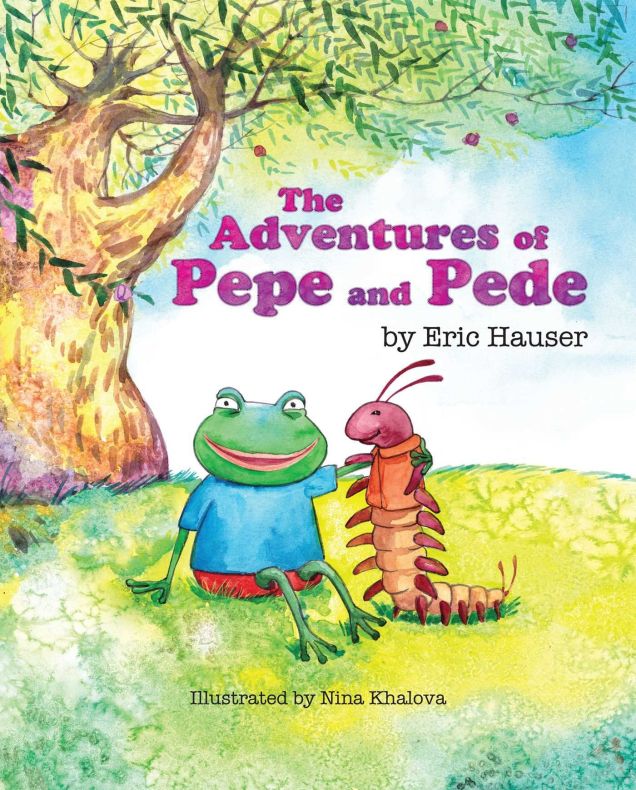 The book was self-published, but picked up for wide release by Post Hill Press. Looking through their catalogue, it’s almost tempting to reverse my feelings on book burning. We’ve got Go the F**k to Jail: An Adult Coloring Book of the Clinton Scandals, The Social Justice Warrior Handbook with a cover pull-quote from Ann Coulter, and my personal favorite from the garbage heap: Thump: The First Bundred Days, about the “winningest of bunnies” fighting all those “traitors and crooks and old establishment guard / And rabid media watchdogs unchained from their yard!” 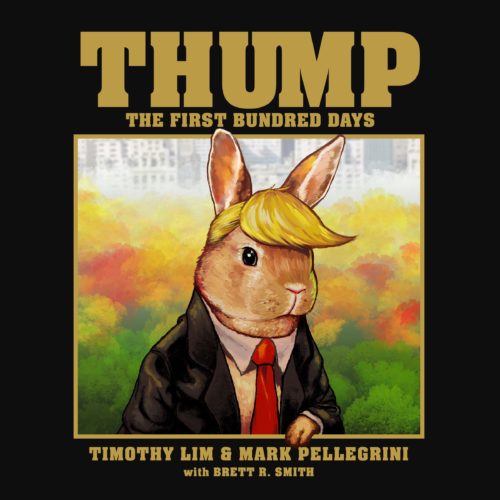 Furie and his pro-bono attorneys were easily able to prove deliberate copyright infringement. They quickly reached a settlement with Post Hill and the author, Eric Hauser, who was ordered to hand over his meager profits (around $1500) to Furie.

But Furie said he “does not want money made by peddling hateful themes to children.” A released statement reads, “Instead, per the agreement—and at Furie’s insistence—Hauser will be required to give all of his profits to the Council on American-Islamic Relations (CAIR), the nation’s largest Muslim civil rights and advocacy organization.

“Furie wants one thing to be clear: Pepe the Frog does not belong to the alt-right. As this action shows, Furie will aggressively enforce his intellectual property, using legal action if necessary, to end the misappropriation of Pepe the Frog in any way that espouses racism, white supremacy, Islamophobia, anti-Semitism, Nazism, or any other form of hate. He will make sure that no one profits by using Pepe in alt-right propaganda—and particularly not by targeting children.”

Go home, Nazis. No one wants your racist children’s books–especially if you can’t even be bothered to come up with your own characters.