Ezra Miller Was Told Coming Out Was “Silly” & “A Mistake” 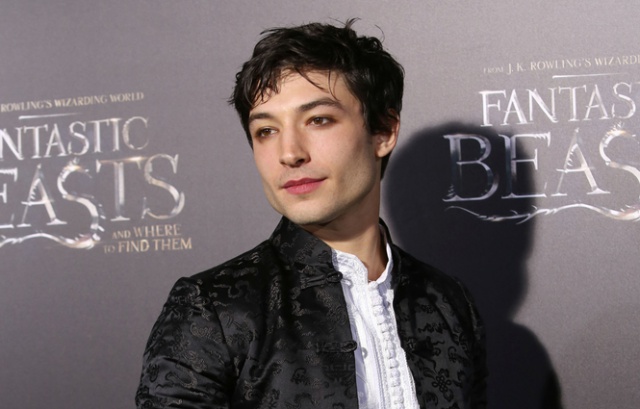 Justice League star and Fenty customer, Ezra Miller is one of Hollywood’s most successful openly queer actors in Hollywood today, but that did not come without a lot of people doubting his ability to make it.

Miller came out back in 2012 during his press tour for Perks of Being a Wallflower, where he told, aptly, Out Magazine, that he saw himself as queer: “I’m queer. I have a lot of really wonderful friends who are of very different sexes and genders. I am very much in love with no one in particular. I’ve been trying to figure out relationships, you know?”

This was not only exciting news because it is great to see a young actor living his unfiltered truth, but because young, queer moviegoers connected with him and his character in Perks. It is definitely a book with a huge queer readership base and to have that reflected in the casting was great.

Of course, while his young fanbase solidified around him, the old guard was telling him this was a mistake. In an interview with Shortlist Miller said,

This is an interesting thing to talk about. I was told by a lot of people I’d made a mistake. I won’t specify. Folks in the industry, folks outside the industry. People I’ve never spoken to. They said there’s a reason so many gay, queer, gender-fluid people in Hollywood conceal their sexual identity, or their gender identity in their public image. I was told I had done a “silly” thing in thwarting my own potential to be a leading man … I was given a lot of stern talking-tos.

Well, doubters and non-believers since Miller came out in 2012 he has been in The Stanford Prison Experiment, Fantastic Beasts, Trainwreck and is now going to making buckets of money playing The Flash in the DCEU. Even people who are not excited about Justice League are excited for him. Hell, he is one of the things I’m looking forward to seeing in the film.

Coming out in any industry can be difficult and even Miller admits that for a moment he did wonder about his decision, but then realized that those people were wrong:

“You’ve made a mistake” is such a hard thing to hear. Maybe if I’d actually made a serious mistake? But not for this. I didn’t think I’d done anything wrong, though there have been moments of doubt as a result of those conversations. But what they said was, in fact, “rubbish”, as you might say. We are the ones. It’s up to us to manifest the world we want to exist in.

“I don’t feel pressure,” he said. “Pressure would only come from a dam, or a block. And when I came out I took the block away, removed the dam. I’ve undammed my identity in the world.”

Thank goodness for that. And I’m looking forward to an openly queer man about to make it rain dollars after Justice League drops.