Who the hell is actually bidding on these? Haha. pic.twitter.com/rOcnzY3gi3

It started with two-cannon Samus selling for an absurdly high price and legless horror Peach—not to be confused with other horrific forms of Peach—but eBay’s defective amiibo collector’s item game has gone next-level. Now people are literally putting absolutely nothing up for sale and making an art form out of trolling collectors for their absurd overpayment.

The above listing isn’t the only one, either. It seems to have either ended and sold some poor soul some air, or it was taken down. But the trolling continues with this one: 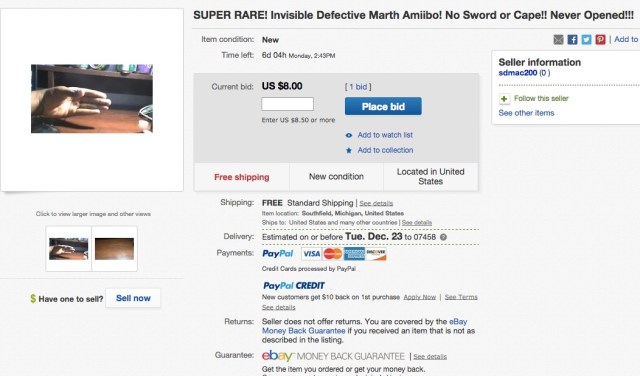 And a few days ago, there was also this “defective” gem: 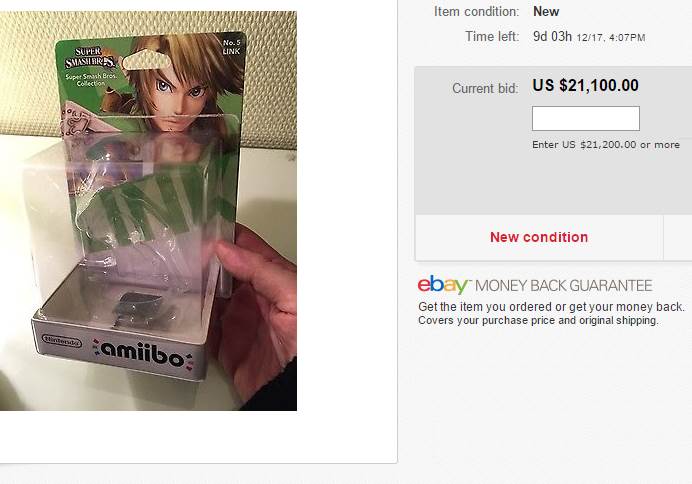 Although that one was pretty obviously torn open and removed, so I sincerely hope no one actually paid $21,100 for it. This one at least looks a bit more convincing, so the seller made sure to be honest about the joke in the description: 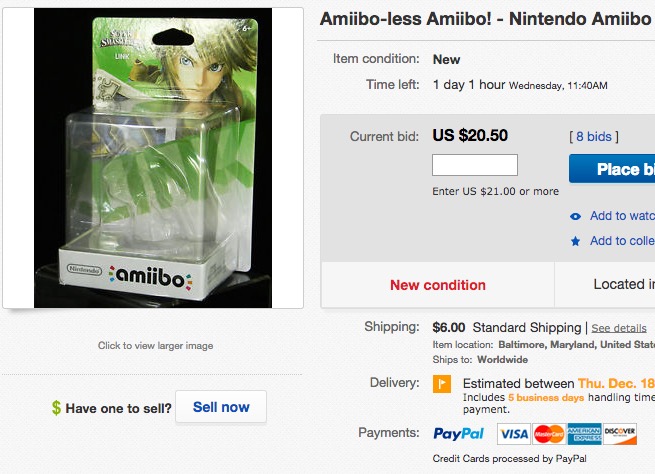 Prices are only likely to go up on rare amiibo, as Nintendo told Kotaku when asked about rumors of some figures being discontinued,

We will aim for certain amiibo to always be available. These will be for our most popular characters like Mario and Link. Due to shelf space constraints, other figures likely will not return to the market once they have sold through their initial shipment.

Even though someone did spend $2,500 on that Samus amiibo with two arm cannons, I’m going to go ahead and assume that, at the very least, the completely “invisible” amiibo’s singular bids were placed as a joke by friends. Maybe “assume” is the wrong word? “Hope for humanity’s sake” that the bids aren’t real, maybe?

Although, if people really are interested, I’ve got a whole apartment just full of invisible amiibo and also some lovely bridges I wouldn’t mind parting with for the right price.