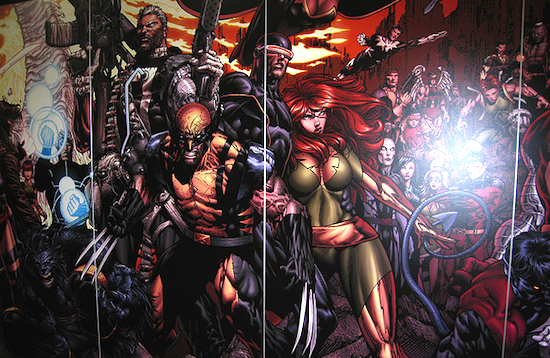 You can eat all the salads in the world or run track into infinity, but as perfectly health conscious as some of us are, the human race will always remain an imperfect being. Well, on the genetic level, at least. Recent research has shed light on the fact that the human body plays host to a large amount of mutated genes, more so than what once was originally believed. While carrying defective, mostly harmless, genes isn’t a new development, housing so many of them in combination with ones that can incite disease and other harmful maladies certainly is. In other words, no, we won’t be firing crimson energy blasts from our eyes at any point soon.

Chris Tyler-Smith and his associates at the Wellcome Trust Sanger Institute in Cambridge, England, in a broad estimate, conjectured that the human body contains roughly a handful to over a hundred flawed genes within their DNA. Wanting a more concrete number, Tyler-Smith analyzed the DNA samples of nearly 180 volunteers ranging from the United States, Nigeria, China, and Japan. Upon the experiment’s completion, researchers made a startling discovery: On average, a healthy human being carries around 400 defective genes in their DNA, with some of these being of the disease-causing variety.

According to Tyler-Smith, the subjects who participated in the study did not show signs of any illness related to the genes. In fact, only 1 in 10 of the people carried the diseased genes, but even then they were perfectly healthy. Tyler-Smith reasoned, “It could be that in some cases there’s another copy of that gene or a similar gene that takes over.”

That isn’t to say, however, that regardless of defective genes we have a clean bill of health. Rather, these are conditions that can surface much later in life. Tyler-Smith said:

It’s a bit surprising that people should be walking around apparently healthy yet we’re seeing known disease-causing mutations in their genomes. But the answer was that these tended to be for mild and very often late-onset conditions. Things like heart disease, an increased risk of developing cancer.

It’s natural that research such as this would be a cause for alarm, but Harvard geneticist Robert Green — who lauded Tyler-Smith’s findings — believes that such fears aren’t warranted even in light of what has been discovered:

The critical take-home medicine here — one that needs to be reinforced over and over — is that as we enter the age of genomic medicine, simply having a mutation in a disease gene does not mean you have the disease or will get the disease.

Okay, we suppose that alleviates some of our fears, but how is that information going to be of any benefit when a bunch of Sentinel robots punch a hole through our living room wall and send us off to some mutant internment camp? Inquiring minds want to know.

(NPR via The Verge, image via cplbasilisk)