People Can’t Stop Punching This Wax Figure of Donald Trump and Who Can Blame Them? 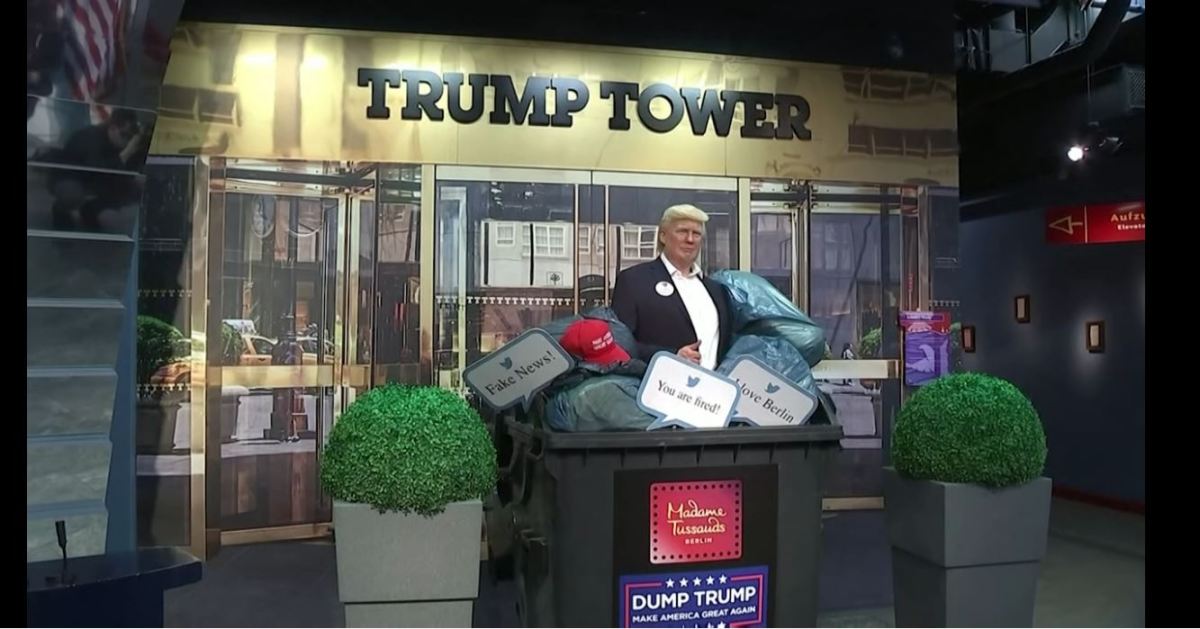 Donald Trump has been out of office for 60 days now, and off of Twitter for a handful more. In his absence, the birds are singing, the sky is blue, and the flowers are blooming. Horrific things are still happening (as they always do), but they’re not exacerbated by the bullet train of weaponized cruelty and ignorance of his toxic administration. But there is still SO MUCH work ahead of us to undo his catastrophic presidency and to process the stress and trauma of the last four years.

The citizens of San Antonio, Texas have found a great outlet to process their feelings: punching a wax statue of Trump. Louis Tussaud’s Waxworks on Alamo Plaza has put their wax Trump in storage, because visitors could not stop punching and clawing at it. Great work, everyone!

Clay Stewart, regional manager for Ripley Entertainment, which owns the wax museum, said “When it’s a highly political figure, attacks can be a problem.” The attacks on the wax Trump figure increased during the 2020 presidential campaign, to no one’s surprise. But even moving the figure to the lobby, where employees could keep a closer eye on it, didn’t deter people from working out their rage on the figure.

But Stewart added that this kind of human-on-wax violence is an ongoing issue with the wax presidents. “We’ve always had trouble with the presidential section because no matter what president it was — Bush, Obama or Trump — they’ve all had people beat them,” Stewart said. “The ears were torn off Obama six times. And then Bush’s nose was punched in … People are just aggressive about their political party.”

“It’s a presidential figure,” said Suzanne Smagala-Potts, a spokesperson for the museum’s parent company, Ripley Entertainment. “Sometimes people will take a swipe at them, but they did that with Obama, Bush, and they’ve done it with celebrity figures as well. It’s just something that happens.”

Wax Trump is currently being repaired, but Ripley’s employees complained about the excessive costs after wax Trump demanded to go golfing at Mar-a-Lago and forced the company to pay for wax Secret Service agents to escort him (LOL no, but can you imagine?)

But wax Trump isn’t the first tribute of his family to go down in flames. That honor goes to this giant hideous statue of Melania Trump in Slovenia, which was burned in effigy.

Many took to Twitter to dunk on wax Trump/real Trump for getting his waxy ass kicked. It turns out Ripley’s, I CAN believe it!

Hey, if I saw a wax statue of John Tesh mixed with George Plimpton I’d scratch and punch it too! https://t.co/WhuaCHF8im

Madame Tussaud's in San Antonio had to remove the wax Trump figure because visitors kept punching it in the face. A security guard reports, "Sometimes we'd have to tell Melania, 'enough already.'" The Putin and Kim Jong Un figures have microchips which hiss, "Hit him again" pic.twitter.com/uQQX6ZDNOm

The people have spoken https://t.co/Wqfr0NzbP1