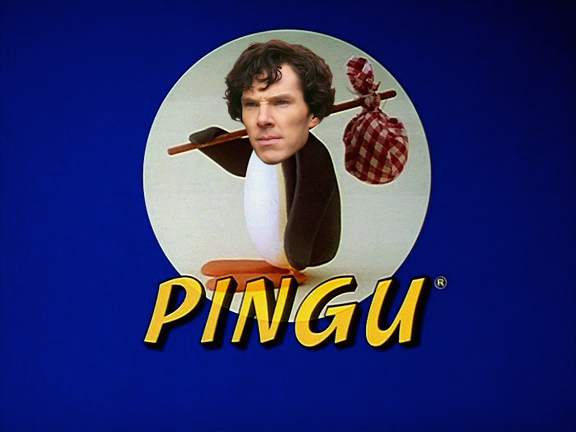 Remember that SNL sketch from the ’90s where Charlton Heston clammed up (pun intended) during the audiobook for Madonna’ Sex and kept saying “vagina” instead of… you know, the actual word on the page? I imagine the mood was similar during the ADR sessions for the 2009 BBC nature documentary South Pacific, in which Benedict Cumberbatch was forced to endure the horror that is the word “penguins.” Such a brave man.

“Look, let him say what he wants. I can fix it in the post,” the assistant director probably said. “I’ll sample the tape, we’ll build a word. Remember yesterday, on page 53, he said ‘wing?’ I’ll just use the syllables, and I’ll put a ‘peng’ in front of it. Then, we’ve got our word.”

“Okay, whoa, whoa… ‘pengwings?’ He’s gonna be saying, ‘crested pengwings?’ ‘Why are these woodlands so attractive to pengwings?’ What’s that?”

Poor Benny. I guess we shouldn’t expect him to land a cameo on Fox’s Gotham anytime soon.