Batten Down the Hatches, Boston 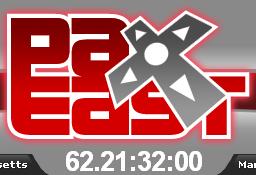 Because PAX East is going to sell out (scroll down). And its no wonder, since over 60,000 people attended the last west coast Penny Arcade Expo, and the festival has historically doubled its attendance every year.

The people over at Penny Arcade want you to know that if you’d like to come to their party, you should order your tickets now. There is no guarantee of tickets at the door. There is the opposite of a guarantee. They’d like to keep a second Boston Massacre from happening on their east coast doorstep, except with un-peace-bonded boffers instead of muskets.

What are you waiting for? You can get tickets right here. Its like fifty bucks for the whole weekend! Go on. Shoo. Shoo.

See you in March.