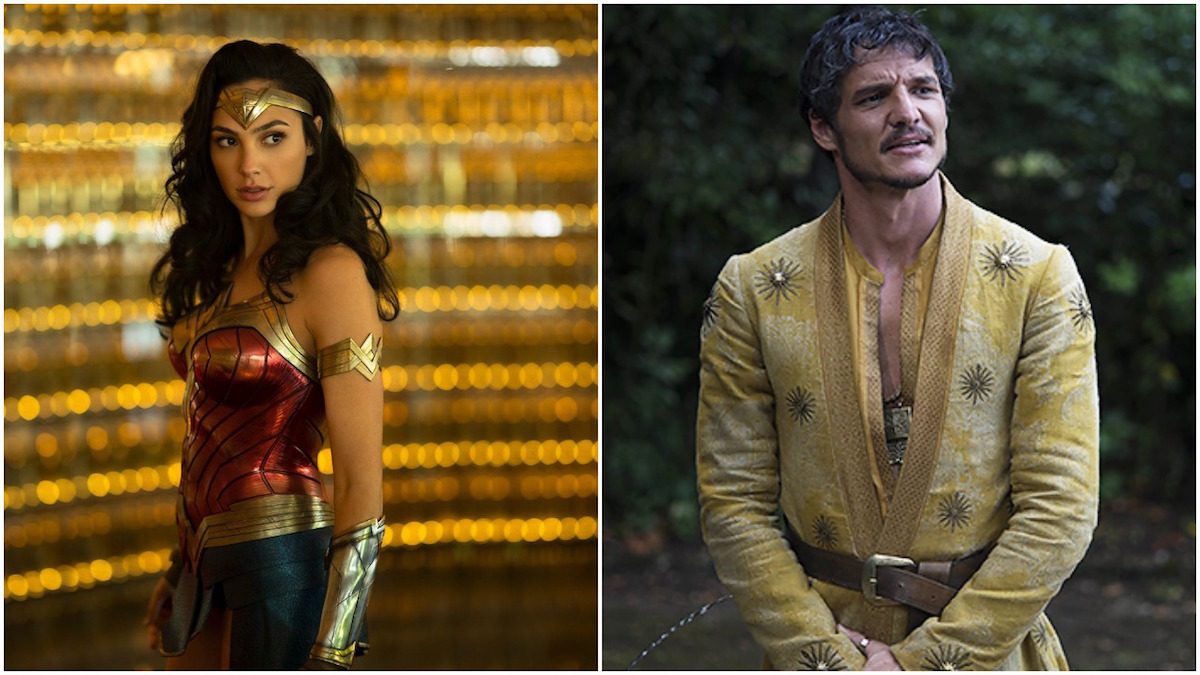 Wonder Woman 1984 director Patty Jenkins continues to absolutely dominate the buzz game as she gives us a peek at Pedro Pascal’s mysterious character.

Rumors and speculation in past months had suggested that Pascal was playing another God in the Greek-ish Wonder Woman pantheon, with fans betting on Hades (considering the whole Steve Trevor-maybe-defies-death thing), but we hadn’t caught a glimpse of him yet. This morning, Jenkins tweeted out a snazzy picture of Pascal in character, stylized with Wonder Woman 1984‘s distinct retro feel:

Pascal’s character looks to be the height of ’80s tycoon decadence, in his flashy expensive suit and chauffeured car, expression primed for all kinds of business. His appearance led to immediate fan speculation that Pascal will be playing Wonder Woman comics character Maxwell Lord. Lord was an all-too-persuasive businessman, bent on saving the world his way, who was instrumental in helping to establish the Justice League.

The manipulative Lord, who sometimes has mind-control powers, has been portrayed as varying degrees of well-intentioned, amoral, and villainous, and he’s the kind of murky character that could be delicious for an actor of Pascal’s caliber to play. Not a straight-up villain, but not a good guy either, he could prove quite a foil for Diana.

As Graeme McMillan at THR explains, in comics, their acquaintance doesn’t end well:

Decades later, [Lord] would be revealed to be a paranoid megalomaniac who tried to take over the world to “save” it from superheroes, resulting in Wonder Woman being forced to murder him — an act that put her at odds with both Superman and Batman and tore the Justice League apart.

Of course, we don’t know for certain yet if Pascal is indeed playing Maxwell Lord, so that remains a burning question, but it sure would seem to fit nicely with Wonder Woman 1984‘s setting and Pascal’s proclivity for playing morally ambiguous characters.

I say this often, but Patty Jenkins is just absolutely slaying the PR game where Wonder Woman 1984 is concerned, setting a new standard of promotion. Instead of keeping every last detail of her highly anticipated movie under lock and key, she’s dropping the tastiest of morsels to her fans and getting us excited about every last image. Thank you, Patty.

What do you think of the Pascal-as-Maxwell Lord theory? Do you have any others?