I don't think you're ready for this jelly. 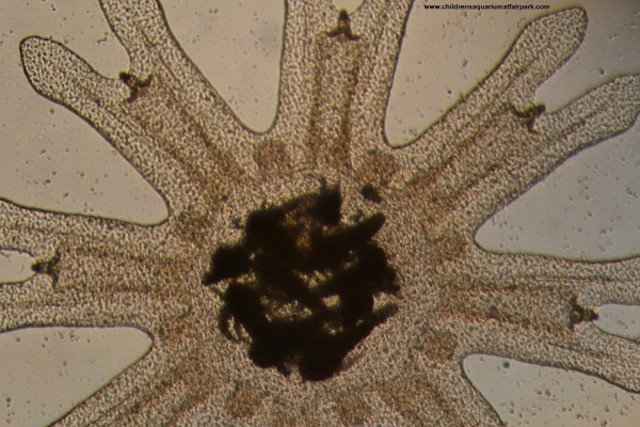 Researchers who just don’t know when to stop with the puns already are conducting an experiment where they raise jellyfish on a diet of peanut butter to create “peanut butter and jellyfish.” That’s not how science works, but they may have accidentally made some important discoveries.

P. Zelda Montoya and Barret L Christie are aquarists (apparently the correct term for those who tend to or maintain aquariums) at the Children’s Aquarium at Fair Park in Dallas, TX. While judging from this “experiment” you might assume that the Children’s Aquarium is an aquarium run by children, Montoya and Christie are adult aquarists who explained their motivations for the jellyfish’s nutty diet in the journal Drum and Croaker.

…we would love to claim we conducted this trial with noble purpose, but the truth is that we just wanted to make peanut butter and jellyfish simply to see if it could be done. Whether or not it should be done is a question no doubt to be debated by philosophers for the ages (or at least by some aquarists over beers). We herein report on what we believe to be the first known unholy amalgamation of America’s favorite lunchtime treat and live cnidarians.

Although this explanation makes it seem like boredom was the primary motivator for the experiment, Robert Gonazalez of io9 pointed out that, had Montoya and Christie used any kind of scientific controls, their study could have been a useful look at how alternate forms of protein can provide a more affordable and sustainable way of feeding captive marine life.

Research has determined that the use of fish and shrimp as a protein source in marine-feed is an unsustainable practice. Seeking out cheap protein replacements is therefore vital to the future of aquaculture.

For their experiment, the mad aquarists fed 250 of the Aquarium’s young moon jellies a mixture of creamy peanut butter and sea water, then monitored their early development.

The pair observed that the jellies appeared brown immediately after eating the peanut butter, and that although they eventually developed to be slightly smaller than their marine-life eating jellyfriends, they were, to quote the silly study, “on-par with normal A. aurita outgrowth.” 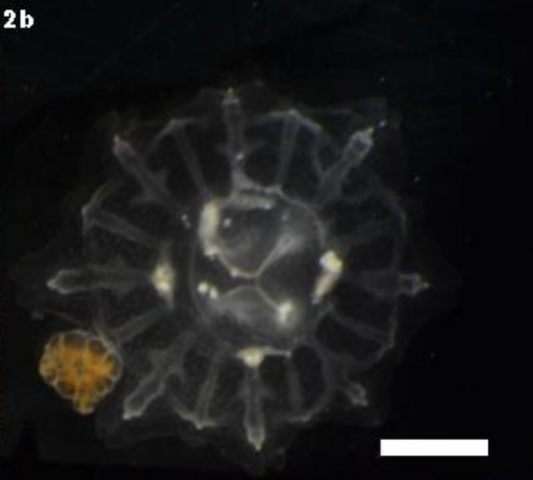 Nonetheless, to the peanut butter and moon jellies of the world, I apologize that we’re playing God (or his idiot brother) with you. If you want to sting us, I understand. Gonzalez urges that even though the study might have initially just been a vehicle for terrible puns, the aquarists’ findings shouldn’t be dismissed just because their experiment has less scientific integrity than a baking soda volcano. As dubious as the results might be, Montoya and Christie may have found a sustainable way of feeding captive jellyfish.