PAX Attendees Implore Nathan Fillion on Twitter: Come to the Next PAX! 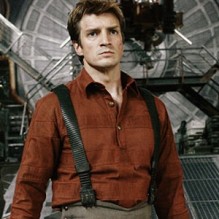 At the second Penny Arcade Q&A panel, someone asked Tycho — who, along with Gabe, is one of the two driving forces behind the wildly popular webcomic (real names: Mike Krahulik and Jerry Holkins) — to try to get Fillion to attend PAX Prime, which will take place in Seattle from September 3-5. The idea quickly caught on, and now, Twitter is blowing up with requests to @nathanfillion to attend either PAX Prime or next year’s PAX East (which, given the popularity of this year’s PAX East is pretty much a sure thing.)

Just a small sliver of the Nathan Fillion love on Twitter, at several dozens of Tweets and counting: 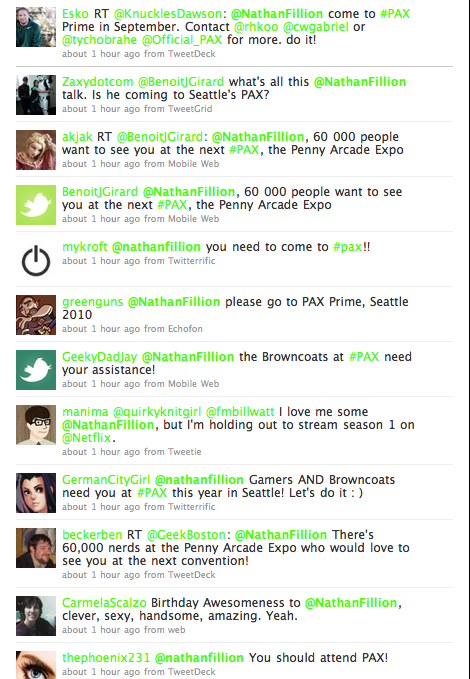 Yesterday was Nathan Fillion’s birthday, which could be one of many reasons he didn’t attend, but Fillion seems like a natural fit for PAX’s geek chic attendees and vibe. He has yet to respond to the Tweetstorm as of press.

If you, too, want to implore Fillion to come to a PAX near you, you can do so by tweeting @NathanFillion with a #PAX hashtag.