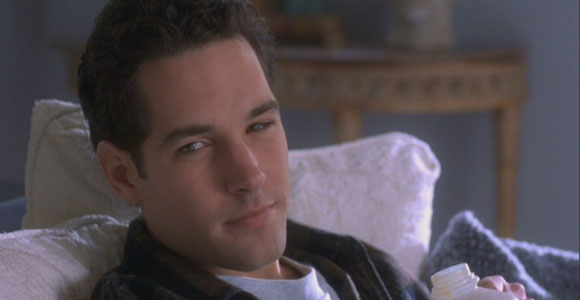 Yes, I did use an image of Paul Rudd from 1995’s Clueless. Want to make something of it?

Rudd’s name had been circling Edgar Wright’s Ant-Man film since October. Back then Joseph Gordon-Levitt’s name was also thrown into the mix but there were thoughts both actors could star in the film as different versions of the character. However, the Hollywood Reporter writes, “Some speculate that when Gordon-Levitt became attached to Sandman, based on a character by Marvel’s rival, DC Entertainment, that only hastened the dealmaking.”

But there’s always the chance Wright has something up his sleeve. THR writes, “Rudd’s front-runner status was an open secret. What is more of interest to fanboys and girls is which Ant-Man is Marvel adapting. The script calls for the original hero, a scientist named Dr. Hank Pym who invents the shrinking technology (called Pym Particles!) and was one of Marvel’s earliest heroes. But it also has Scott Lang, a reformed thief who became the hero in the late 1970s.”

While Marvel have yet to make it “official.” it looks like the Anchorman 2: The Legend Continues star will be entering into the ever-growing Marvel movie universe. Now we wait and see if confirmation comes of Janet Van Dyne being in the film. The rumor is she will be, and perhaps be played by Rashida Jones, but that she won’t quite be Wasp yet.

Are you happy with the casting?

[UPDATE] Marvel has confirmed the casting. “When Edgar Wright came to us with the idea of Paul Rudd, we felt a huge sense of relief because the first step in creating any Marvel Studios film is finding the right star,” said Marvel’s Kevin Feige. “We knew early on that we had found the right person in Paul. When he not only agreed to do it but became as enthusiastic as any actor we’d ever met with about doing the work, we knew we’d found the right guy. We couldn’t be more excited for our audiences to see what he’s going to do to bring Ant-Man to life.”