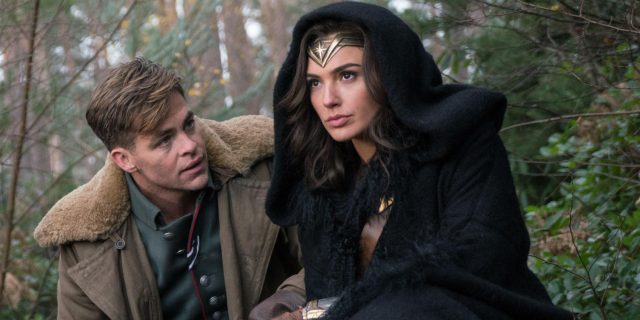 With Wonder Woman still being the DCEU’s biggest financial and critical success in their movie universe, while other upcoming projects are uncertain there is no doubt that Wonder Woman 2 is happening.

Patty Jenkins has been working with writers with Geoff Johns and Dave Callaham (The Expendables) on the screenplay and despite the film not coming out until November of 2019, there is no doubt a lot of pressure for Jenkins to top herself. Not to mention by then the Ms. Marvel movie will have come out earlier that year.

On Variety’s Playback podcast, hosted by Kristopher Tapley, the filmmaker gave some teases about what she is looking forward to bringing into the next incarnation of Wonder Woman:

“It’s really still going to other values of hers, and a similar formula insofar as making a great, enjoyable fun movie but that ultimately in its third act turns some very big issues, and a very big experience that will aim to have slightly more weight and profundity than it has to have. Because that’s a formula that I really like, and I like the idea of taking somebody on a very solid, great journey but that arrives at a bigger question being answered. So it’s like that but because she is Wonder Woman and she’s here now and she’s fully developed, it’s got great fun from the start and great big superhero presence from the start, and is funny and a great love story again and a couple new unbelievable characters who I’m so excited about, who are very different than were in the last movie.”

If we are going to be bringing in new characters, I am looking forward to there being more female characters. While the first part of Diana’s story takes place on Thyemiscra and we get this great sense of female solidarity, a lot of that is lost once the story begins and Diana is surrounded mostly by men. Even in Justice League, she was the sole woman and ended up playing the role of leader, caregiver, love interest and sex object all at the same time (thanks, JL). What’s even worse is that we don’t even get a sense that Diana misses her home, other than realizing that she works with children.

I’d especially love for the film series to bring in a character like Cassie Sandsmark (Wonder Girl) or someone similar who can be a fun modern foil to Diana. Also, having a young woman who is seeking to fight crime and be a warrior, much like young Diana herself, would allow for her to be the Antiope for another woman.

As for a love interest. Eh. Collider brings up introducing Trevor Barnes, a black United Nations employee who was a brief love interest for Diana in the comics. While I would absolutely love to have a black man in that role, even if we agree that the Wonder Woman character in her solo film is different from the one we see in BvS and JL, she is still deeply hung up on Steve (rightfully so) and I don’t want a man of color to come in a play second fiddle. I’d rather he be a modern character in the current timeline than someone from her past.

Also, do we need another love interest for Diana? A male one at that? While fans have made it well known they want Diana to be bisexual, since it is canon, it does not look like that is something the series will be exploring, sadly. I think that Steve encompassed everything we could have asked for in a male love interest: kind, respectful and in awe of Diana’s strength. He helped her grow into herself and give her faith in humanity flaws and all. That’s a hard act to follow. At this point, I’m more interested in seeing how Diana grows into herself in modern times. How does she deal with the internalized sexism of the 40’s to now? What were her experiences during all the great wars that took place? How did she help other women? There are the questions I want to know. Who was she in love with in-between WW1 and BvS? Eh, I’m sure she had a great vibrator.