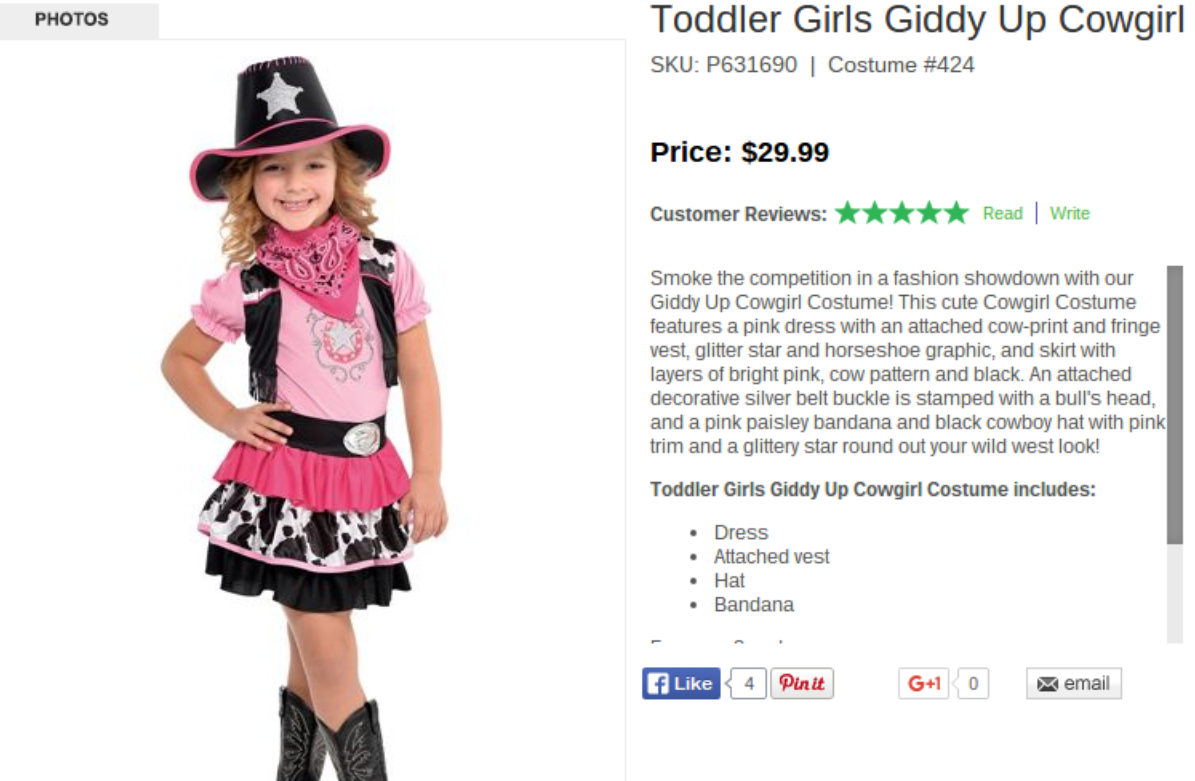 Halloween season tends to reveal a lot about the way society as a whole profits from and pigeonholes marginalized groups. In addition to the transphobia and racism of many costumes, the outfit options available for very young children–particularly the ones sold at chain stores–often reinforce sexist gender norms. 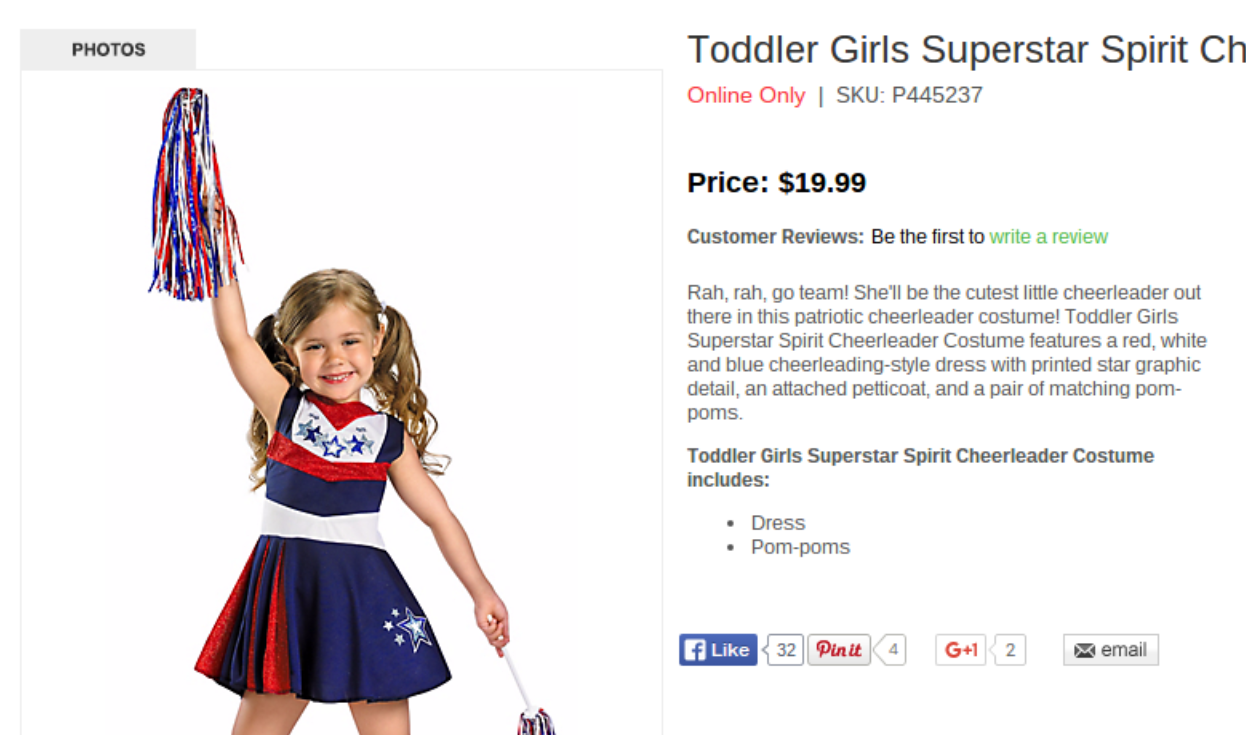 Understandably, Lin Kramer, mother of a 3-year-old girl, has had enough of companies imposing their own sexist ideals on young women. In an open letter originally posted to Party City’s Facebook page and now posted on her personal page, Kramer pleads with the company to widen its ‘career costumes’ options for girls:

Having just finished perusing your website for Halloween costumes for my three year old daughter, I am writing in the hopes that you will reconsider some of the content on your website and the antiquated views such content communicates about your company’s beliefs. In order to understand my concerns, please direct your attention to the ‘toddler costumes’ portion of your website. Compare, for instance, the ‘classic’ costumes offered for boys and girls.

As you can see, the classic costumes for boys include 53 assorted options, ranging from traditional vampire attire to a ‘rascal pirate’ to 16 costumes relating to possible occupations. Meanwhile, the classic costumes for girls include 45 options, ranging from a ‘vampire queen’ to a ‘precious pirate’ to three costumes relating to possible occupations. (It is worth noting that I have generously included in this number the ‘cheerleader’ as a possible occupation, despite it being well known that even NFL cheerleaders are not paid well enough for this to be their only source of income, as well as the ‘cowgirl,’ although, unlike the ‘cowboy,’ she is clearly not appropriately dressed to be employed on any sort of working ranch). To be clear, that means 30% of the costumes you market to boys are based on occupations, while just under 7% of the costumes you market to girls are based on occupations.

[…] When you look around at the police officers in your city or neighborhood, the uniforms they wear are probably substantially similar to the costumes you have elected to offer for boys. However, the same cannot be said of the costume you market to girls. Generally speaking, real life uniformed female police officers do not wear short skirts and low cut shirts, but instead wear exactly the same slacks and shirts as their male counterparts. Further, while your choice to market these different costumes to different genders is remarkable in and of itself, it is worth noting that this disparate treatment was apparently at least somewhat conscious on the part of your business. I invite you, and anyone else reading this letter, to review the description of the costumes. When describing the girl costume, your marketing team elected to use language like “cute cop” and “sassy and sweet,” while for the boy costume, they chose to note the “realistic scaled-down police shirt” and assert that “this protector of the peace has it all under control!”

[…] While there is absolutely nothing wrong with little girls who enjoy and want to dress up this Halloween as a ‘Light Up Twinkler Witch,’ or a ‘Doo Wop Darling,’ or an ‘Enchanted Stars Princess,’ there is also absolutely nothing wrong with little girls who might wish to give the ‘UPS Driver’ costume or the ‘Ride in Train’ costume a try! Please, Party City, open up your view of the world and redesign your marketing scheme to let kids be kids, without imposing on them antiquated views of gender roles.

Kramer’s sentiments have since been echoed by other customers on the Party City Facebook page, but apparently the company itself didn’t agree with her criticisms: according to Kramer, her letter was deleted and she was temporarily banned from commenting on the page. 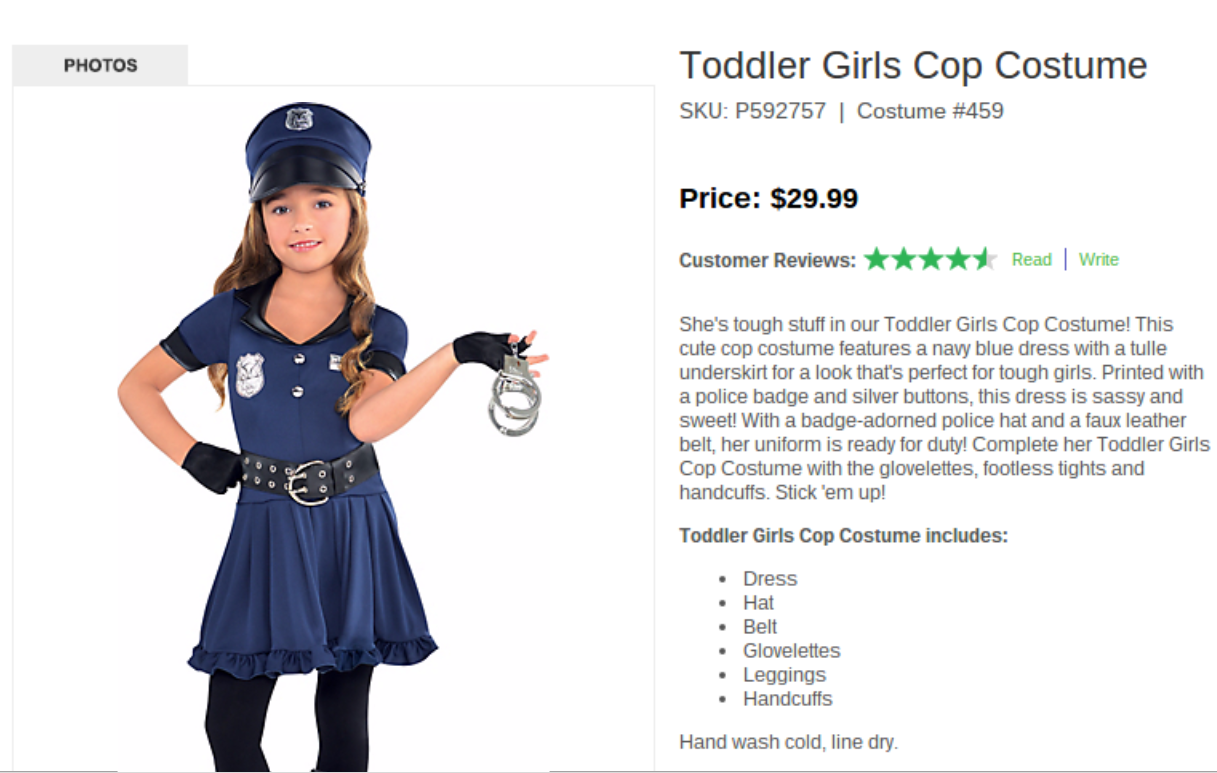 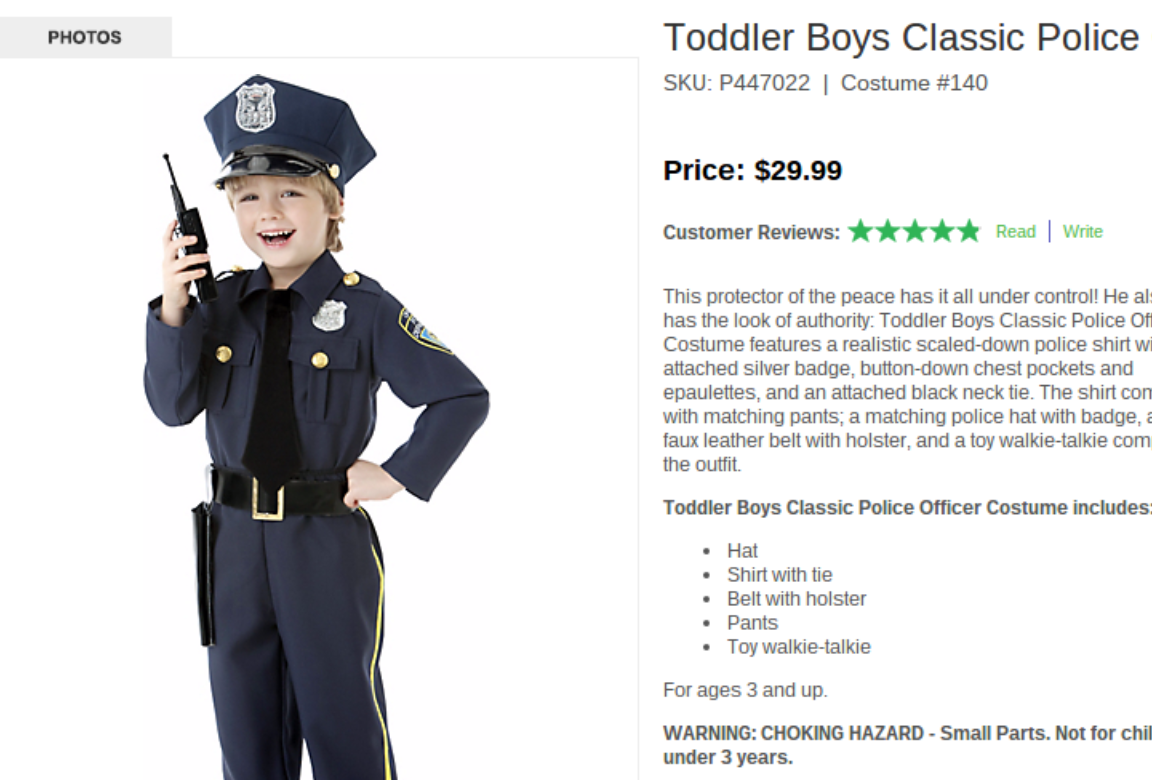 When I initially penned this letter, I never dreamed more than a handful of people would take the time to read it, but then I also never dreamed Party City would respond by deleting it. In so doing, they unwittingly ignited not only the passion of people who have an interest in seeing *this* particular change happen.

As a comment moderator for The Mary Sue, I sympathize with whatever unfortunate social media person is going to take the heat for this–it’s plausible that banning Kramer was an accident or a misunderstanding, especially given that this is likely one of their busiest times of the year; and it’s unfortunate that the Page’s moderation might receive more attention than the sexist costumes themselves (a problem not specific to Party City, obviously). Reinstating Kramer’s commenting privileges doesn’t address the real issue here.

Regardless of what the intention was behind Party City allegedly deleting her post, Kramer made excellent points, and she won’t be the last Party City customer to take her business to a company whose costuming options aren’t gendered (yes, that’s a thing now! What a time to be alive).

We reached out to Party City for comment but have yet to hear back.

(via Women You Should Know)