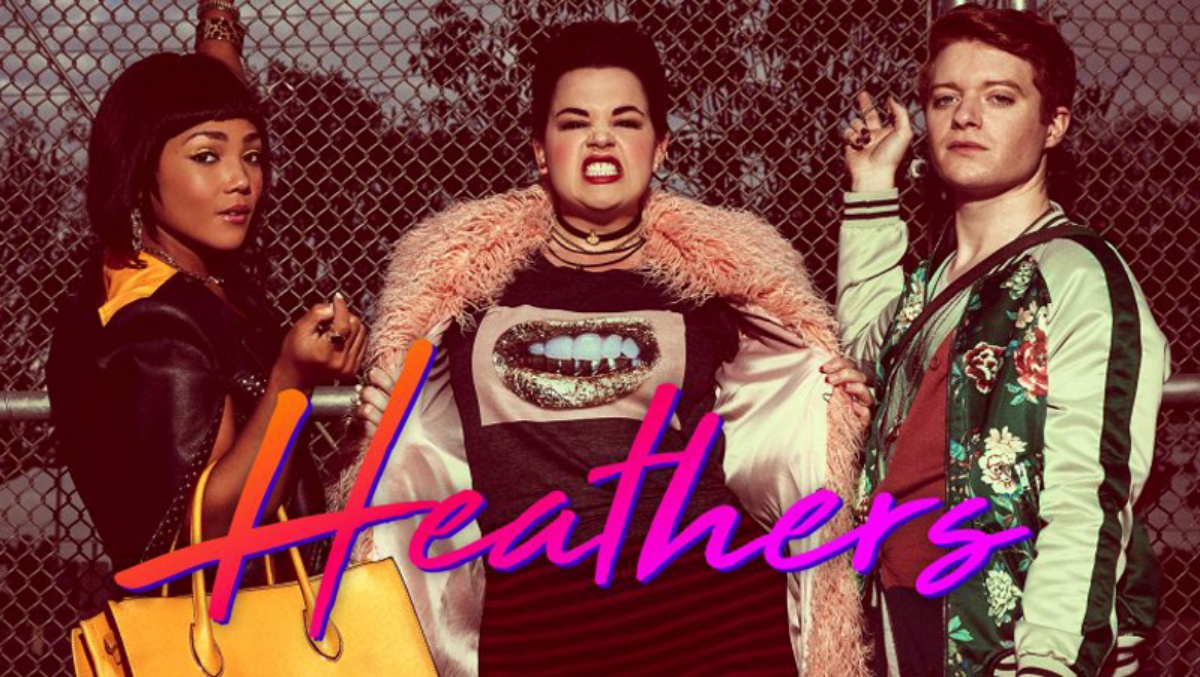 Did anyone really want the Heathers reboot to see the light of day? I mean, really, a show in which Veronica and JD are slender, cishet, and white, while the Heathers include a Black lesbian, a plus size woman, and a genderqueer teen? Do we really want to dive into why that’s not a good idea?

And yet, despite being yanked from the lineup following the Parkland shooting and Variety saying it was unlikely the show would ever see the light of day, Heathers will air on Paramount Network in a binge-friendly two-episodes-a-night lineup over the course of five days. It seems as though it’s one part trying to get the series out the door as fast as possible, one part teasing it as a big television event just in time for Halloween.

The series, which was originally ten episodes, has been edited down to nine in a rushed attempt to mitigate some of the controversy; in fact, the exact verbiage was that episode ten is “considered too controversial for U.S. audiences.” Check out a sneak peek, featuring the original Heather Duke, Shannon Doherty, below:

Well, it might count as a step up from the original trailer, but it still begs the question of what this show is actually about. Reviews describe the series as punching down at teens and the concept of political correctness—a.k.a. taking other people into consideration—and yet, despite critics panning it and many taking to social media to protest the series, Paramount nearly renewed it for a second season weeks after the Parkland shooting, due to their strong belief in the creatives.

Paramount Network’s President of Development, Keith Cox, told The Hollywood Reporter, “This is a high school show, we’re blowing up the school, there are guns in the school, it’s a satire and there are moments of teachers having guns.” And indeed, the trailer features a scene where the teachers discuss being given guns, proving that the “satire” is alive and well, and still deeply unfunny.

Similarly, the fact that reviews mention how “identity politics” and social justice are tools of the bullies really does not play well in the era of the teen activist. As the youth of today organize protests and speak out against injustice, Heathers chooses to mock them, treating identities as a tool of social capital when we still see anyone who doesn’t fit a specific mold bullied at school. A joke about a genderqueer student in the girls’ bathroom isn’t funny when 45% of trans youth attempt suicide at some point.

The problem is is that Heathers is very much a product of a different time. When the first film was released, the Heathers embodied privilege. J.D. was also privileged and radicalized, a precursor to the modern alt-right movement. The film didn’t punch down as much as it just turned the perpetual drama of high school into something with life-and-death stakes. “Dear Diary,” Veronica writes at one point, “my teen angst bullsh*t now has a body count.” It was bold, clever, and very much a snapshot of the time it was made. There could be a way to reboot it for the modern era, but this isn’t it.