Paperman Producer Kicked Out of the Oscars | The Mary Sue

Paperman Producer Tossed From the Oscars After Throwing Paper Planes 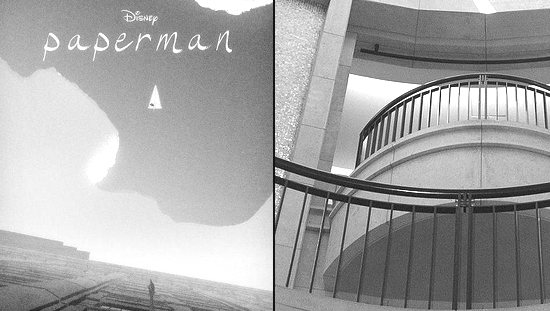 Did you see Paperman, the black and white Disney short that preceded Wreck-It Ralph in the theaters and which snagged the Oscar for Best Animated Short Film last night? Yeah, it was great. But in a curious crinkle of papery fate, Paperman producer Kristina Reed was kicked out of the 85th Academy Awards right after her cinematic baby took the award for Best Animated Short Flim. For throwing paper planes, which it turns out is as unacceptable at the Academy Awards as it was during algebra in middle school.

Reed sent paper airplanes — with lipstick kisses on them, per the film — flying off the mezzanine into the Oscar audience below. It’s surely a bit of harmless fun and self-promotion, right? It’s not like she put any eyes out.

Security at the show didn’t see the humor, though, and escorted Reed out of the theater in short order. But like Paperman itself, there was a happy ending. It was all sorted out and Reed was brought back in less than ten minutes later, though she will probably be required to write “I Will Not Throw Paper Planes” one hundred time on a chalkboard kept at Disney’s studio for occasions just like this one.