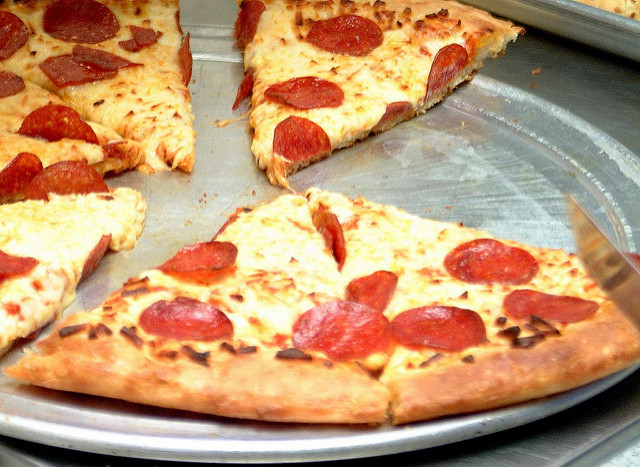 Keeping people from ordering middling chain restaurant pizza is a noble goal, but not so much when it’s just so people will order from your middling pizza chain instead. That’s what Papa John’s is hoping for, though, as they launch an Apple TV app to seamlessly combine your Netflix sessions with the food they pair best with: pizza.

I can’t blame them for the attempt to reach more customers by jumping on such a popular platform, since I’m consistently surprised when I realize pizza chains like Papa John’s, Domino’s, and Pizza Hut still exist at all. Clearly, there’s room for some marketing. The app comes with some handy features, such as saved orders, building custom orders quickly with everyone who’s binge-watching with you, and 25% off automatically, with no additional promotion necessary.

Then there’s the big feature for Papa John’s: Automatically putting their own order button in front of millions of Apple TV owners. Or, as Steve Ritchie, Papa John’s president and COO, put it, “Apple TV is the only television platform that we’ve brought the Papa John’s ordering experience to. We were attracted to Apple TV because of its commitment to innovation and customer experience, two priorities that Papa John’s is always seeking to evolve. Apple TV is fitting for the expansion of our digital services, bringing people together to enjoy their favorite TV and quality pizza choice.”

Yes, always-connected masses, your pizza overlords are doing you a massive favor. Soon, they’ll surely be 3D printing it right in your living room, and it’ll probably taste about the same. Eat at Papa John’s.

Editor’s Note: The pizza opinions in this article do not necessarily represent those of The Mary Sue as an organization. Some of us just have strong feelings about pizza. Enjoy your 25% off.