Why We Can’t Have Nice Things: Pandora Pays Artists Millions in Royalties, Not Profitable 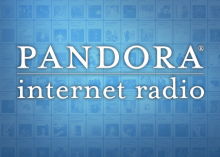 Internet radio, for all the complaints that it receives, is not a field that sees a great amount of participation. Due to the fees imposed by the RIAA, Internet radio has never really been a cost-effective business strategy for most. Webcasting has essentially been abandoned by the likes of Yahoo! and MSN, even though they built a large audience for their respective services. Pandora is probably the most well-known Internet radio company and is still struggling to turn a profit. Part of this is because they pay millions in royalties.

It’s an interesting thought experiment to imagine the logic behind the outrageous royalty fees for Internet radio. First of all, the rates are far higher for Internet radio than traditional radio. That’s how, according to Tim Westergren of Pandora, artists like Drake and Lil Wayne have managed to close in on nearly $3 million a year in fees from the service. That’s the figure from Pandora alone.

For those two artists, Pandora shells out close to $6 million a year. Other artists earn upward of $1 million, like Coldplay and Adele, while more obscure folks like Donnie McClurkin are still set to make over $100,000. That’s a lot of money going out for what’s actually a relatively small selection of music.

What organizations like the RIAA don’t seem to grasp just yet is the fact that this is clearly a desired service. If they bleed it dry, companies like Pandora will fold and then there’ll be no revenue coming in at all from this tangent. It’s not like this is some mine that’s collapsing; we don’t need to grab as much as we can and get out while the getting’s good. It’s a symbiotic relationship where one symbiont is functioning more like a parasite.