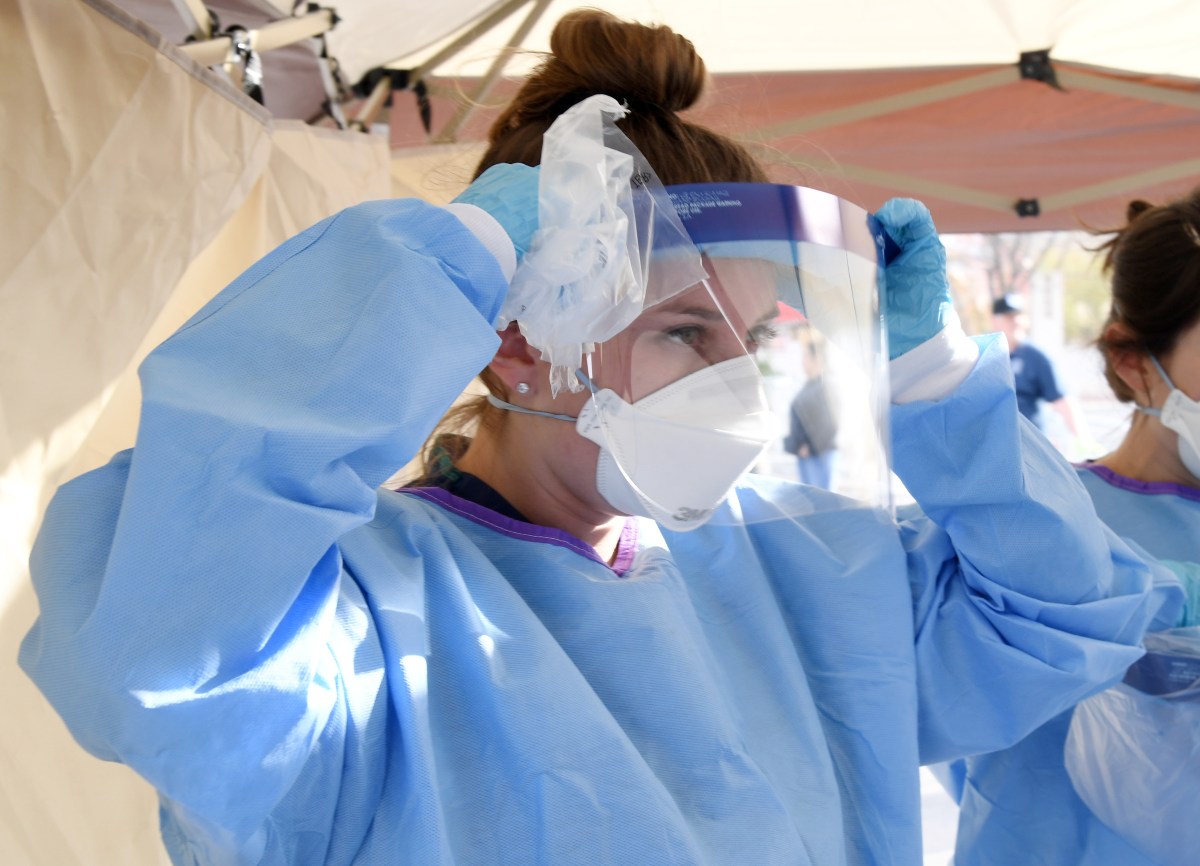 As states across the country continue to reopen, America is seeing an all too predictable spike in coronavirus cases. According to Johns Hopkins, COVID-19 has killed at least 121,979 people and infected close to 2.4 million nationwide. Now, both Florida and Texas revealed a dismal new daily record: more than 5,000 new Covid-19 cases this past Tuesday.

Dr. Peter Hotez, dean of the National School of Tropical Medicine at the Baylor College of Medicine, addressed the alarming rise in cases in Texas cities like Houston, which is seeing numbers that rival Brazil, saying “The big metro areas seem to be rising very quickly and some of the models are on the verge of being apocalyptic.”

The US just had its third-highest daily #COVID19 case count. Ever.

More than half the states have rising case counts.

And the stock market ‘tumbled’ as infections spread.

Politicians took the first round and failed.

It’s our only chance. pic.twitter.com/W1SqdhBYW3

He added, “That is really worrisome and as those numbers rise, we’re seeing commensurate increases in the number of hospitalizations and ICU admissions … You get to the point where you overwhelm ICUs and that’s when the mortality goes up.” Florida Gov. Ron DeSantis and Texas Gov. Greg Abbott have both been criticized for following the Trump playbook and pushing for a speedy reopening of the economy at the expense of human lives.

Finally, Abbott announced today that Texas would be pausing their reopening in light of the surge. The governor released a statement saying, “The last thing we want to do as a state is go backwards and close down businesses, … This temporary pause will help our state corral the spread until we can safely enter the next phase of opening our state for business.”

And lest you think this is solely a red state problem, California reported a record high of over 7,000 new cases in a day. Though there is a statewide mandate to wear masks when in public, it is a difficult rule to enforce. And while California, Texas, and Florida are three of our most populous states, COVID-19 cases are rising in at least 23 other states as well.

There is no mystery: refusal to social distance, then opening up prematurely, w/o sufficient test-trace-isolate capacity in place, w/o any PPE (yes, masks) for people, w/o plans to help people through this process, has left us with virus raging thru many, many states. 2/

It’s clear that Americans are “over” COVID-19 and want to return to normalcy, a feeling that is echoed by the Trump administration’s complete abandonment of daily COVID-19 press briefings, their relentless push to restart the economy, and the refusal of anyone in the White House to wear a face mask.

And now, in the midst of this massive spike, the Trump administration is ending support for 13 drive-thru coronavirus testing sites at the end of the month. Seven of those sites are in Texas, one of the hardest-hit states. Responsibility for these testing sites will now shift to state and local governments already overwhelmed with handling the pandemic largely on their own.

From the man who says “I don’t kid,” Trump just ended federal funding for testing sites in IL & states that need it most—on the same day our nation saw one of its biggest spikes in #COVID19 cases.

Testing saves lives, but that’s worth nothing to Trump if the numbers look bad. https://t.co/1T8iLlNqcC

Sen. John Cornyn (R-Texas) said of the move, “It’s pretty clear to me, and I think it’s clear to all of us, that with the uptick of cases, now is not the time to retreat from our vigilance in testing … I believe that they need to extend that federal support in Texas, at least until we get this most recent uptick in cases addressed.”

But despite these rising concerns, Trump and his cronies continue to pat themselves on the back for a job well done. Not only are they congratulating themselves, but Trump continues to hold his signature indoor rallies sans masks or any sort of protection, despite his own staff contracting the virus.

It’s not just that Trump has criminally mishandled the COVID-19 crisis directly costing the lives of tens of thousands, causing the suffering of millions and devastating the economy. It is that he has done it again and again and again, compounding his errors and their huge cost.

As long as Trump is in power, he will continue to botch and mishandle the COVID-19 response. He has made it abundantly clear that he cares only about his re-election. How many more people will die before we vote him out of power? And how many more will die until his sycophants and fellow Republicans face reality and do something about the pandemic?

The election is in 130 days. Register to vote, get an absentee ballot, and make a plan.