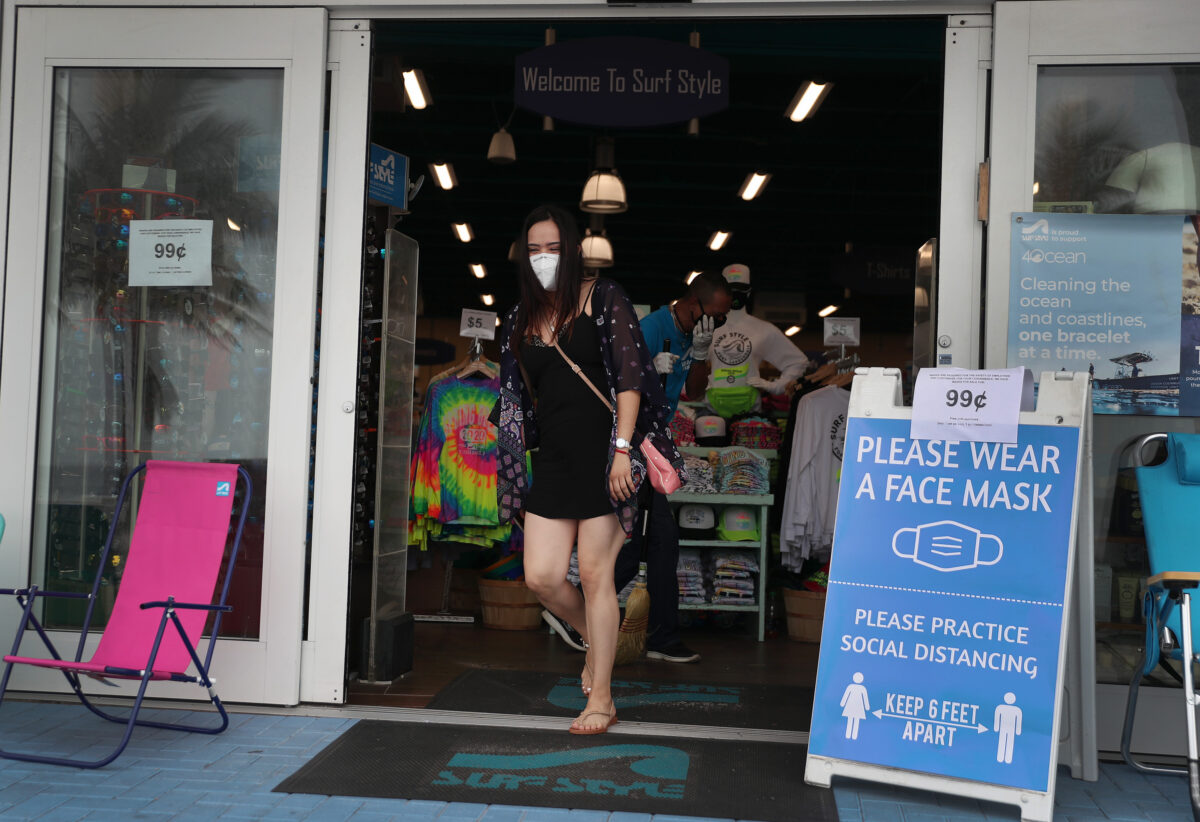 Rebekah Jones, the architect and manager of Florida’s COVID-19 Data and Surveillance Dashboard, has said that she was removed from her job after she refused to manipulate data to support the state’s reopening efforts. As the geographic information system manager for the Department of Health’s Division of Disease Control and Health Protection, Jones and her team run the dashboard which provides information on cases, hospitalizations, and deaths, as well as testing in the state. It is this data that informs health officials and politicians about the risks of reopening for business.

In an email to CBS12 News, Jones wrote that her removal was “not voluntary”, and that higher-ups had ordered her to “manually change data to drum up support for the plan to reopen.”

Jones sent an email to dashboard users where she advised, “As a word of caution, I would not expect the new team to continue the same level of accessibility and transparency that I made central to the process during the first two months, … After all, my commitment to both is largely [arguably entirely] the reason I am no longer managing it.”

The accusations come as Florida governor Ron DeSantis continues to block the release of accurate reporting and data. The state has been accused of withholding information from journalists and the public, which include infection rates and fatalities at nursing homes, medical examiner reports, and the state’s testing backlog.

These reports are unsettling, but hardly surprising. Florida governor Ron DeSantis is taking a page out of Donald Trump’s playbook, where the president erroneously equates low testing numbers with low infection rates.

Trump has repeatedly parroted this kind of magical thinking, which has no basis in science and is gravely dangerous. It’s akin to saying that a person isn’t pregnant if they refuse to take a pregnancy test. That’s not how this works. That’s not how any of this works. DeSantis is a big supporter of Trump, and has repeatedly relied on the president’s “information” to drag his heels regarding any kind of social distancing or stay at home measures.

The governor’s spokeswoman, Helen Aguirre Ferré, released a statement saying, “The Florida COVID-19 Dashboard was created by the Geographic Information System (GIS) team in the Division of Disease Control and Health Protection at the Florida Department of Health. Although Rebekah Jones is no longer involved, the GIS team continues to manage and update the Dashboard providing accurate and important information that is publicly accessible.”

But Jones warned readers in her email, “I have no knowledge about their plans, what data they are now restricting, what data will be added and when, or any of that, … I understand, appreciate, and even share your concern about all the dramatic changes that have occurred and those that are yet to come … I would advise being diligent in your respective uses of this data.”