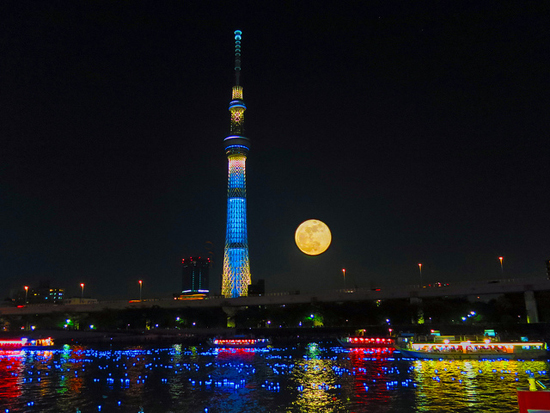 The inaugural Tokyo Hotaru festival was held last weekend in, you guessed it, Tokyo. Sending lights down bodies of water is kind of a thing in Japan and isn’t unique by any means. But given that this was meant to celebrate the hotaru (fireflies), Panasonic went the extra mile this time. They took it upon themselves to float 100,000 LED orbs down the Sumida River at the start of the festival.

Never fear, however, as they collected them in a large net at the end of the route. Each of the fantastical orbs contained an LED bulb and an Evolta rechargeable battery to power it. It also contained its very own solar panel to charge the orbs once they were sealed, presumably, as the balls themselves were and are waterproof.

Probably the coolest part of the whole deal is that the circuit is completed, lighting up the orb, when it sits in the water due to two leads on the bottom of the ball. Well, the coolest part is seeing the thousands of ‘fireflies’ floating down the river. But the leads come in as the coolest scientific part.

Seeing is believing, though, so here’s a video of the event: