Gee, I Wonder Why Pamela Karlan Was Treated so Differently Than the Three Other Law Scholars Sitting Next to Her 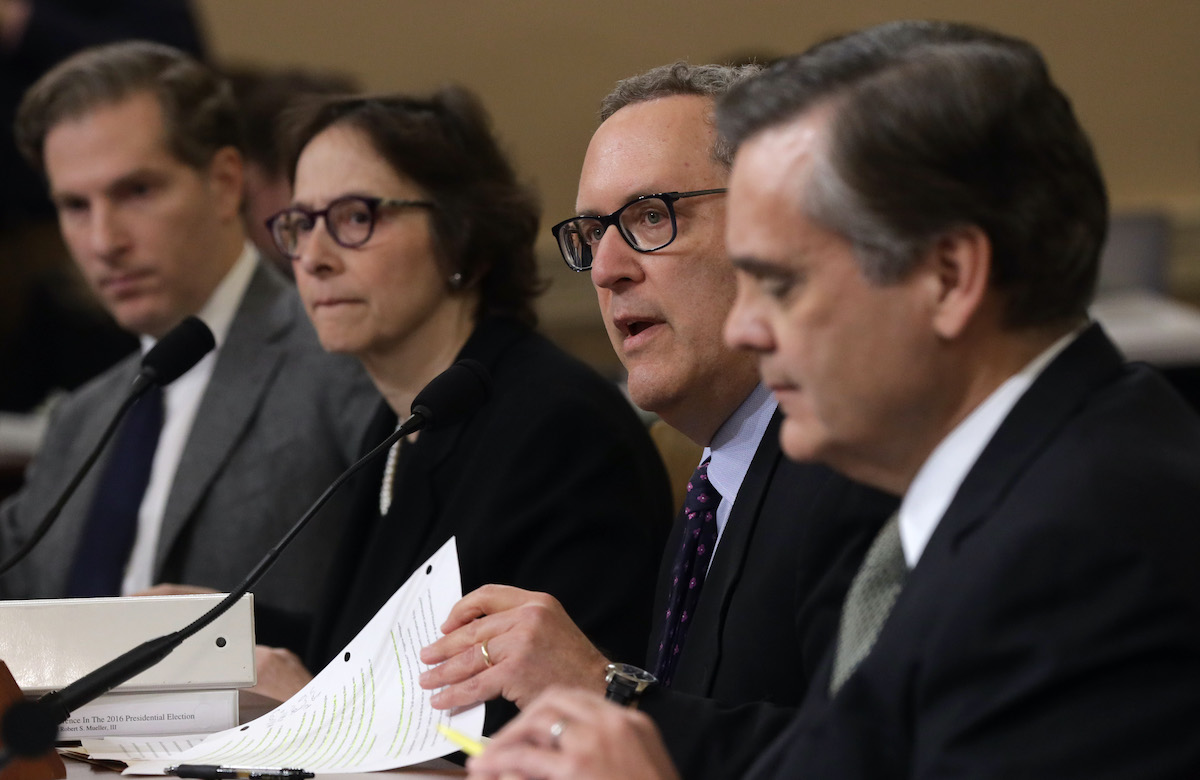 Earlier this week, the House Judiciary Committee held their first public impeachment hearing, calling four Constitutional law scholars to discuss the basis for impeachment. Of the three Democrat-called witnesses–Pamela Karlan of Stanford Law School, Noah Feldman of Harvard Law School, and Michael Gerhardt of the University of North Carolina Law School–can you guess which one faced an entirely different type of backlash than the others? Yes, of course you can.

All three of those witnesses argued in favor of Donald Trump’s impeachment but Karlan was uniquely singled out by rightwing trolls and media. Part of that is, I believe, genuinely due to the substance of what she said. She was acerbic and sharply critical of Trump; and, of course, she dared to make a pun about Barron Trump’s name.

That might explain why she saw such an extreme reaction from the right. Searching through Twitter and through headlines, the other men next to her received their share of insults and criticism. But it doesn’t explain the nature of that criticism. Because while all three have had old opinions dragged out as examples of how they’re purportedly too liberal or whatever else to be credible, only one has been subjected to severely gendered attacks.

Tucker Carlson called Karlan a “moron” and declared “This lady needs a shrink.”

Scrolling through her Twitter mentions (not a thing I recommend), you’ll see countless trolls calling her “hysterical” or “crazy,” and many more attacking her appearance. The only comments I can see regarding her male counterparts’ appearances are all the people saying Benedict Cumberbatch should play Feldman in the eventual movie of this event. That’s not exactly the same.

Karlan’s testimony and her presence in front of Congress this week was incredible. She didn’t hold back and it’s no surprise that rightwing jerks attacked her for it. But the attacks against her aren’t about the substance or even the style of her arguments. They’re attacks on her gender and while I wish that part of this ordeal were more surprising, here we are.