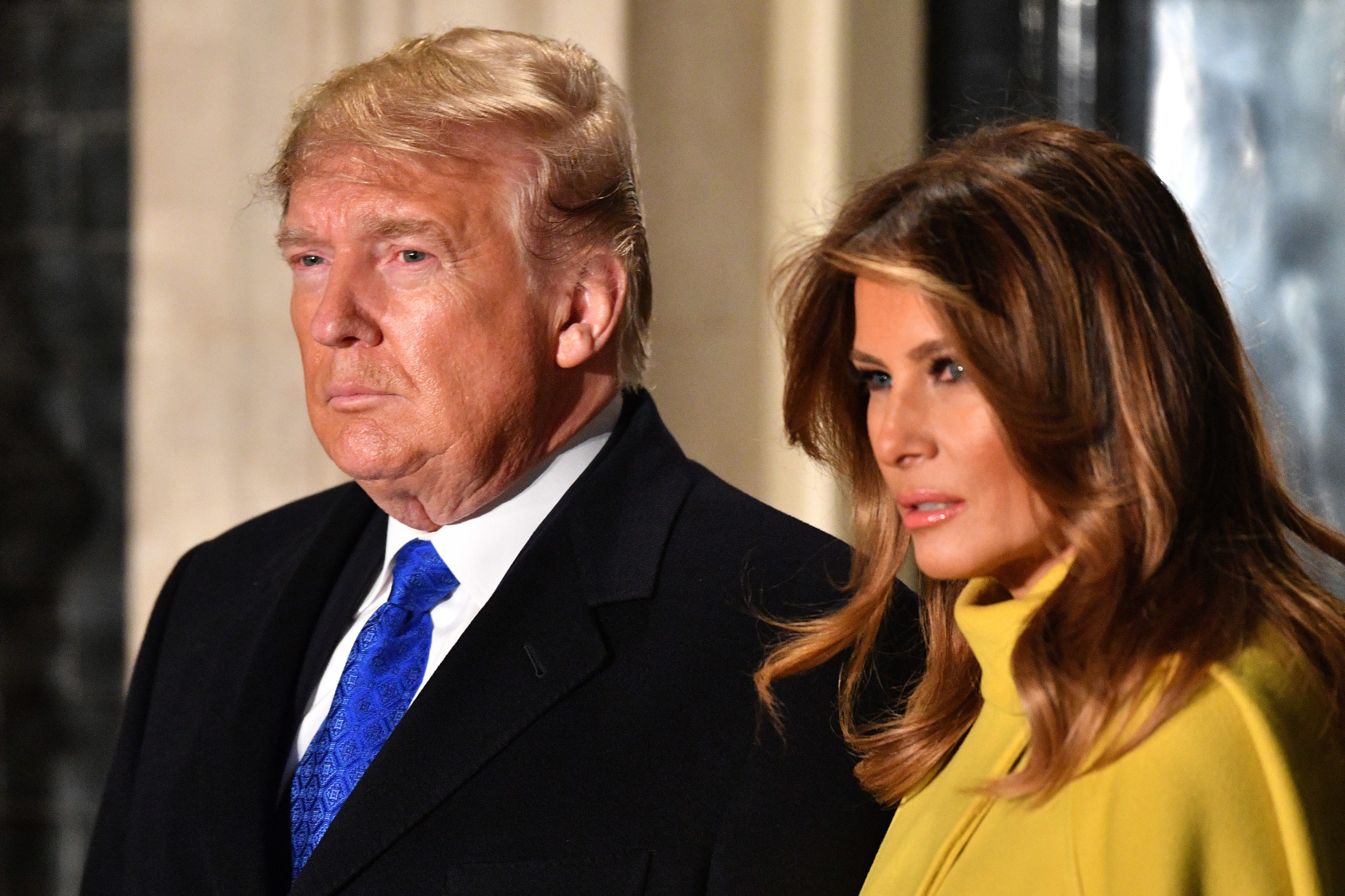 During yesterday’s House Judiciary Committee impeachment hearing, Professor Pamela Karlan used a number of metaphors and other easily accessible tactics to break down bigger constitutional issues. In one case, she also used a pun.

When speaking about how the country’s founders wanted to make the position of President different from that of King, she explained that a president cannot bestow nobility. “So while the president can name his son Barron, he can’t make him a baron,” she said. And cue the outrage.

The tweets started rolling in almost immediately from rightwing media and political figures, including Melania Trump and her husband’s press secretary.

A minor child deserves privacy and should be kept out of politics. Pamela Karlan, you should be ashamed of your very angry and obviously biased public pandering, and using a child to do it.

Classless move by a Democratic “witness”. Prof Karlan uses a teenage boy who has nothing to do with this joke of a hearing (and deserves privacy) as a punchline. And what’s worse, it’s met by laughter in the hearing room. What is being done to this country is no laughing matter.

Karlan apologized later in the hearing. “I want to apologize for what I said earlier about the president’s son. It was wrong of me to do that,” she said, adding, “I wish the president would apologize, obviously, for the things that he’s done that’s wrong, but I do regret having said that.”

Pamela Karlan: “I want to apologize for what I said earlier about the president’s son. It was wrong of me to do that. I wish the president would apologize, obviously, for the things that he’s done that’s wrong, but I do regret having said that.” pic.twitter.com/7lYiRWCKjw

But her apology was unnecessary. Was this the best joke ever? No. It’s the kind of quip I imagine she’s said before to her students and elicited groans and some chuckles—much like the reaction inside the hearing room. But to say that it was “mean” or that it somehow invaded the privacy of the President’s son is just ludicrous.

The pearl-clutching brings to mind memories of the outrage over Michelle Wolf’s White House Correspondents’ Dinner joke about Sarah Huckabee Sanders’ eye makeup that wasn’t actually about eye makeup but rather about how frequently and casually she would lie to defend Donald Trump—but that conservatives and Republicans pretended was an attack on Huckabee Sanders’ appearance. Which it wasn’t. Just how Karlan’s joke isn’t about Barron and it definitely has nothing to do with his privacy. At most, it’s a light jab at how obvious it is that Trump wishes he were a king.

Any member of the media who treats this utterly fabricated, faux outrage with one ounce of seriousness should be embarrassed. The comment was not offensive. They are not actually offended. Nice try. Let’s move on. https://t.co/kY7LUnc1L9

I’m not a fan of the they did worse stuff so we can do similar bad stuff argument but, again, Karlan’s joke was not at a child’s expense. She was not mocking him. She said absolutely nothing worth being angry about. These same people who are suddenly outraged over the mere mention of Barron’s name, on the other hand …

Amy Carter & Chelsea Clinton would like a word. https://t.co/6Wp5preAzA

Rush Limbaugh called Chelsea Clinton a dog on his radio show when she was twelve. MAGA laughed.

Professor Karlan made a point using the name Barron with being a baron. MAGA is outraged.

Fuck you MAGA and save your fake outrage for when you lose in 2020.

GOP when one woman makes a Barron pun pic.twitter.com/yXZRYtaw9I

It’s such a weird move to pretend to be so concerned about the privacy of a child that Republicans will trot him out so performatively and hold him up as their shield against something so innocuous. (Again.)

The Barron/Baron story is useful for exactly one reason: it enables me to tell if someone is a serious person or not. Prof. Harlan made an anodyne play on words that said absolutely nothing negative about Barron Trump. If you’re pretending otherwise, you’re telling on yourself. https://t.co/neLHBubrhQ