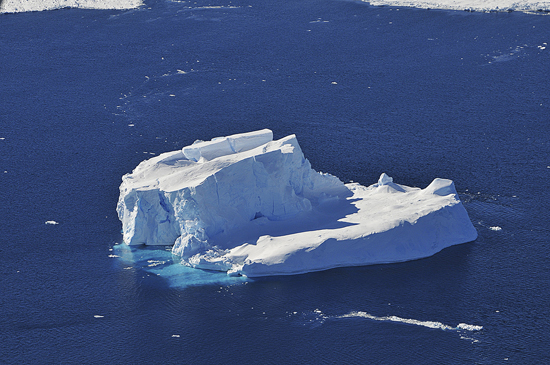 The West Antarctic Ice Sheet is losing ice faster than any other part of Antarctica. Some of those glaciers it’s composed of are shrinking by more than a meter per year and scientists aren’t exactly sure why. We are, however, now closer to discovering the reason as experts from the University of Aberdeen and British Antarctic Survey have discovered a hidden rift valley beneath the Ferrigno Ice Stream which, in places, is a mile deeper than its surroundings.

Understanding the ice loss present in the West Antarctic Ice Sheet is an important step in predicting how the ice will react in a warming world. Without knowing why it always loses more than the rest of Antarctica, there’s no way to accurately or effectively gauge any future losses. This rift valley is one piece of that puzzle.

Dr. Robert Bingham, a glaciologist and lead author of the study discussing the valley, discovered it whilst performing three months of field research with the British Antarctic Survey in 2010. The team utilized a radar system that could penetrate the ice, towed it behind a snowmobile, and drove it over a distance of 1,500 miles to gather their data. The Ferrigno Ice Stream, where the rift valley was found, hadn’t been visited since 1961.

The experts involved have decided that the ancient rift valley’s connection to the warming ocean, as well as other smaller connections surrounding it, have contributed significantly to the previous ice loss found on the sheet. That’s why the loss was so pronounced as compared to other areas; their deep connection to the ocean that has been growing gradually warmer. This could also lead to a better understanding of ice loss in general which is always a good thing.