Fear Not: “Dad Steve” Will Be Back for Stranger Things Season 3 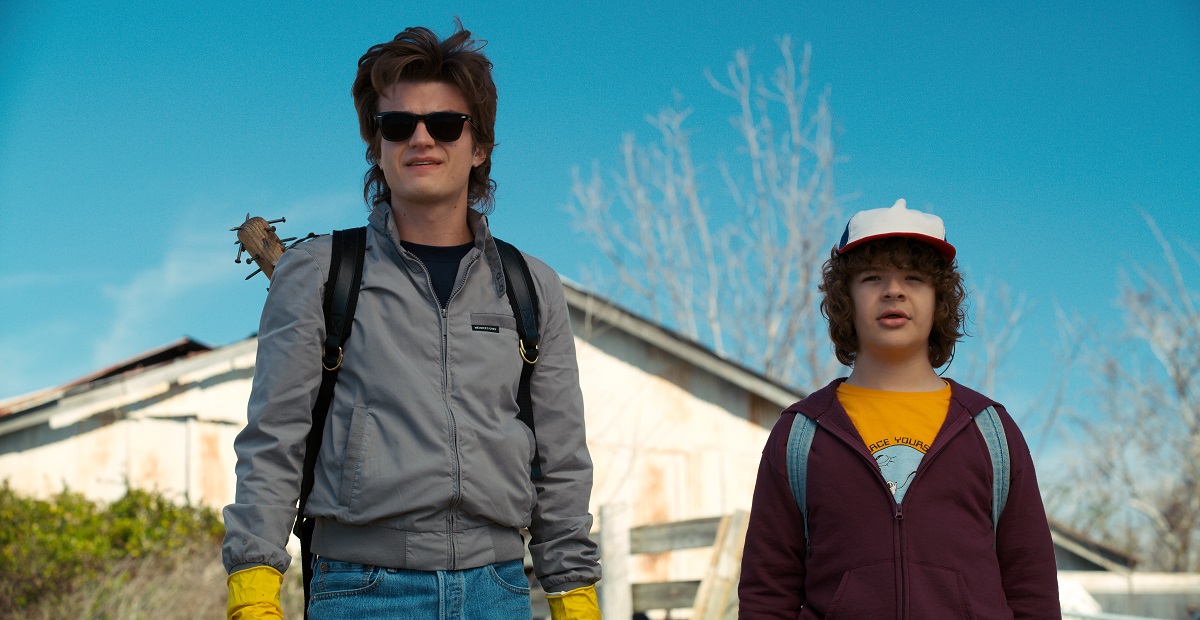 As part of Paleyfest, the cast and creatives of Netflix’s Stranger Things discussed what’s ahead for Season Three. This next season will be set one year after the end of Season Two, in the summer of 1985. (Back to the Future, which came out in 1985, will be accordingly referenced in this season.) While they didn’t preview much of the plot, they did reveal some of the Season Two developments that will survive into the third: Dad Steve, and the kids’ new romances.

“We’ll definitely get to see some more of Steve Harrington in Season Three,” said executive producer Shawn Levy, “and I’ll just say we won’t be abandoning the Dad Steve magic. I don’t want to say much more, but I literally feel that we were walking along and we stumbled onto a gold mine with Dad Steve.” Steve’s surprisingly nurturing relationship with Dustin and the other kids was one of the breakout character developments of Season Two, and I loved the way it subverted expectations about teenage masculinity. I’m glad we’ll get to see more of Steve embracing the badass babysitter he was meant to be.

In addition, the two relationships established at the end of Season Two will continue in Season Three. “Mike and Eleven are going strong,” Levy said, “so that’s a relationship that continues, and same with Mad Max and Lucas. But again, they’re like 13 or 14-year-old kids, so what does romance mean at that stage of life? It can never be simple and stable relationships and there’s fun to that instability.”

All I ask in this life is that Eleven and Max don’t end up fighting over a boy. Please, for once, let’s just not pit the girls against each other, okay?

On the red carpet before the event, Levy addressed the recent allegations about the Duffer brothers’ behavior on set. A female crew member recently posted on Instagram that the two would “seek out and verbally abuse multiple women” during the filming of Season Two. Though Netflix eventually made a statement that they “looked into the concern … and found no wrongdoing,” the Duffers admitted in their own statement that “tempers occasionally get frayed” during production (though they denied specifically targeting women).

“We were genuinely upset. And we were surprised to hear that anyone felt uncomfortable on set,” Levy said. “I want to be really clear that nobody has been targeting in any way on the basis of race or gender; we all cherish the family that we’ve created onscreen and cherished equally the family that we created on set and we’re going to remain committed to the well-being of that.”