I Feel Cautiously Optimistic About This Flying Car 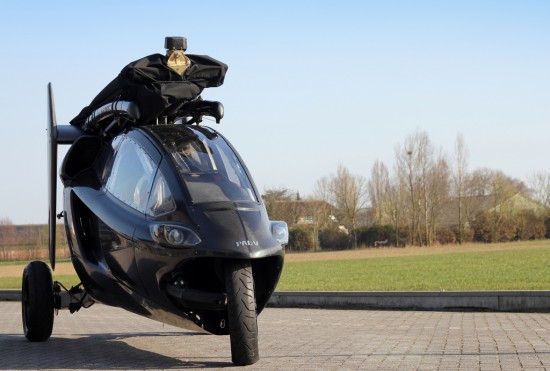 If there’s one product that’s practically synonymous with vaporware, it would have to be “flying car.” For as long as there have been commercially viable automobiles and commercially affordable aircraft, people have been trying to combine the two. The Dutch company PAL-V is the latest to join the fun, with their gyrocopter car slated to go into production in 2014. However, something seems a little different about this one.

In the first place, the PAL-V has already flown, which puts it above a lot of other flying car operations. It’s also driven, and despite resembling a Light Cycle from Tron, the three-wheeled vehicle is apparently handles pretty well.

What impresses me is the company’s claim that the vehicle is not only air/street worthy, but that it would be easy to legally own. From their website:

Not only that, with an operating ceiling of 4,000 feet, there’s no worry of hitting commercial airliners, and in “uncontrolled airspace” fliers wouldn’t even need a flight plan.

However, if this company — and others — are successful in bringing flying cars to the masses, tighter legislation will almost certainly follow. Hopefully they’ll get around to updating this country’s aged and infirm air traffic control system while they’re at it. In the mean time, check out the PAL-V video below, which makes the future seem tantalizingly close. Even if it will be beyond the financial capabilities of mere mortals should it come to market.

(PAL-V via Gizmodo, image via PAL-V)