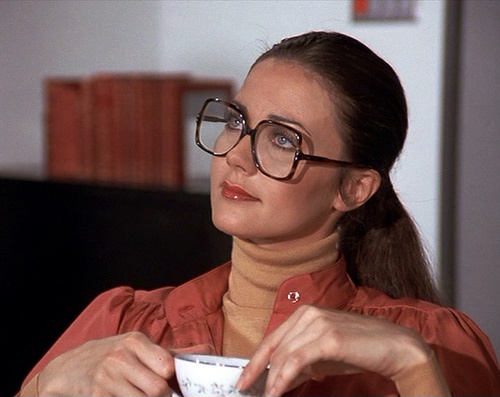 Here’s why @Marvel is winning over @DCComics – the latter thinks we speak Pakistanian. h/t @takhalus pic.twitter.com/xzvx8VccS1

The scene is set in the village of Shimshal, a town that Siddiqi told Buzzfeed “even I, as a Pakistani, had to look up on Google.” But although DC might have done some research when choosing the story’s location, it appears they couldn’t even do the most cursory fact checking when it came to “Pakistanian.” Pakistan’s national language is Urdu, and the country also has several regional languages, including Wakhi, which is used in Shimshal. None of those regional languages include “Pakistanian,” because that’s not a real thing.

Siddiqi, who says he hopes that DC will “learn from Marvel and Kamala Khan,” and recommends Team Muhafiz and Zindan to American readers interested in reading Pakistani-origin comics, told us that

As a Pakistani it didn’t feel good when someone didn’t take 2 mins to look up via Google what my language is. DC Comics could have had at least one editor say “hang on a second guys, let’s Google this shall we?” Or if they are going to use characters of different ethnicities at least take the time out to portray them correctly- I mean they picked Shimshal which in itself is a pretty remote location in Pakistan, so I mean some research was done.

Clearly, this was a lazy mistake on DC’s part. But this annual is also a cautionary tale about the need for diverse creative/editorial teams and the responsibility that comes with representing a marginalized group. Obviously, we’re all more likely to make factual errors, and to miss nuances, when writing about experiences that we aren’t personally familiar with. That’s one of the many reasons it’s important for DC Comics to continue to expand its talent base in addition to diversifying its books.

At the same time, it shouldn’t just be the responsibility of marginalized people in the metaphorical room to write diverse stories, or to speak up about inauthentic and disrespectful portrayals. During last year’s National Book Festival Gala, author Gene Luen Yang shared some great thoughts that seem relevant here on how all authors should strive to write diverse characters–and how creators should atone for fuck-ups of a “Pakistanian” level:

This fear can be a good thing if it drives us to do our homework, to be meticulous in our cultural research. But this fear crosses the line when we become so intimidated that we quietly make choices against stepping out of our own identities.

And let’s say you do your best. You put in all the effort you can. But then when your book comes out, the Internet gets angry. You slowly realize that, for once, the Internet might be right. You made a cultural misstep. If this happens, take comfort in the fact that even flawed characters can inspire. Apologize if necessary, resolve to do better, and move on.

Personally, I think part of the ‘homework’ Lang talks about here should be for writers to consult with–and then give due credit to–people who may have more personal familiarity with the subject matter than they do. As Siddiqi explained to Fusion,

[…] I remember comic book writer Greg Rucka asked his Twitter followers if any of them spoke Farsi: he asked, I retweeted and I think he eventually found someone helped him out. Also Google is really good. I mean like really awesome good.

And yes, creators should still do their homework even if the character or topic they’re struggling to represent is only tangential to the larger story.

We’ve reached out to DC for comment and will update this story if we hear back.