It’s the Padmé Amidala Renaissance, We’re All Just Living In It

A Padmé reference? In my new canon? It's more likely than you think. 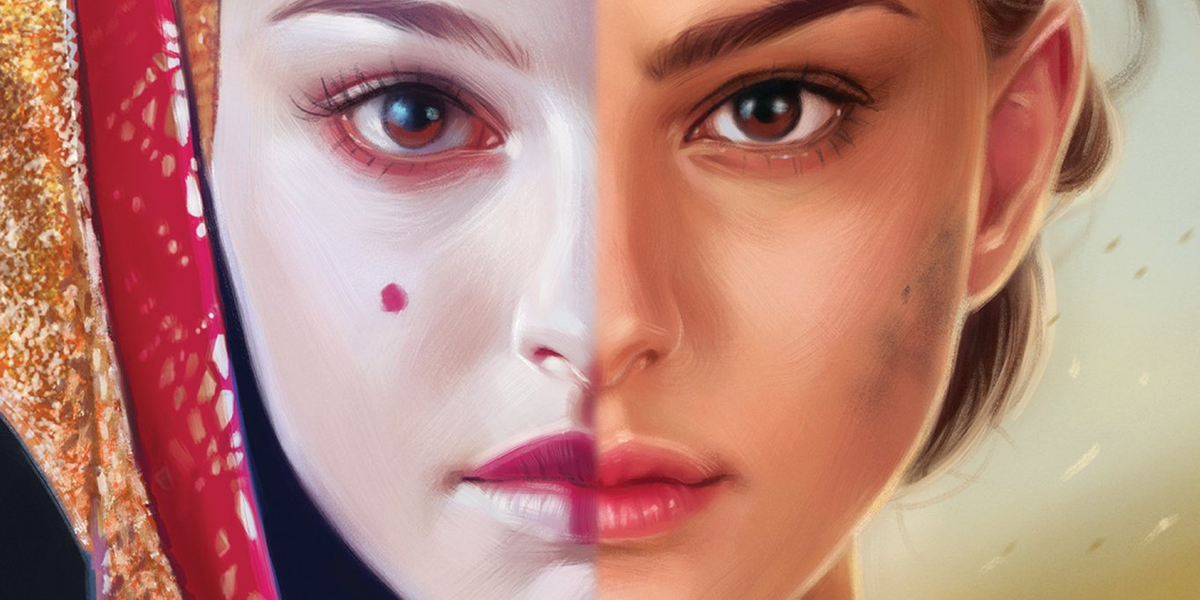 The new Star Wars canon books are a fountain of awesome, with everything from canon LGBT representation to secrets not yet explored on screen. They’re about to get even more awesome though, because Padmé Amidala, Queen of Naboo, Mother of Skywalkers, Slayer of Nexu and All-Around Fashion Icon is finally making her literary debut in the new canon, both as a guest star in the most recent novel and as the lead of her own backstory novel.

The latest Star Wars novel, Thrawn: Alliances by Timothy Zahn, might merit an explainer in its own right. Grand Admiral Thrawn (a.k.a. the hottest blue man since Guillermo Del Toro made us all go wild over The Asset in The Shape of Water) of Star Wars Rebels fame is on a mission with Darth Vader to the planet Batuu, of Star Wars: Galaxy’s Edge fame. The novel flashes back to a time during the Clone Wars where the future grand admiral met a pre-Vader Anakin Skywalker and they had an adventure together! Probably involving the mysterious threat in the Unknown Region that drove Thrawn to join the Empire in the first place.

While the plot is being mostly kept under wraps, the Del Rey Star Wars Twitter and the Star Wars Show released exclusive art of Ms. Padmé Amidala, rocking her best action gear, on Batuu, looking like she’s ready to take on the entire Separatist Alliance and not get a hair out of place. This is sort of a big deal—Padmé has only been seen in Forces of Destiny shorts and a couple comics since Disney rebooted the canon, much to the dismay of her hardcore fans.

If you thought we would miss out on a chance to create new #Padme art, well, you don’t know us very well. Check out the full art below, and read an excerpt from #ThrawnAlliances of Padmé on Batuu (yes THAT Batuu) on https://t.co/JqAfKslfw9 (art by Darren Tan) pic.twitter.com/lzgUM5k3dG

But that’s not all! At SDCC, amidst all sorts of prequel era announcements, it was revealed that Padmé would be getting her own backstory novel by EK Johnston set before her romantic entanglement with Anakin. The novel, which will also feature her close friends Sabé and the rest of her handmaidens, will follow Padmé’s rise from queen to senator. So we’ll be getting a Star Wars novel that’s majority female-led, which is awesome since people still have an issue with women being in their galaxy far, far away.

ICYMI, I have a new book coming out on March 5, 2019, called Star Wars: QUEEN’S SHADOW. It’s about Padmé and Sabé and identity and politics and change and concrete, and contains the best pun of my career to date. pic.twitter.com/cvfXADqXHZ

Let the record show that this is a Padmé Amidala Defense Zone. In The Phantom Menace, she’s fourteen years old and all but singlehandedly rescues her entire planet from the Trade Federation’s blockade. While her Jedi escorts were distracted by Maul, she took back the palace and seized control, no lightsaber needed. She also took charge in Attack of the Clones, risking her life to try and stop a war from breaking out across the galaxy and charging ahead to save Obi-Wan while Anakin was trapped in his grief. Lucas had to make her more toothless in Revenge of the Sith to write her out and did so by deleting her scenes of starting the Rebel Alliance.

The Clone Wars era really gives her a chance to shine. Whether she’s successfully evading capture aboard a Separatist ship or navigating the tricky world of political intrigue to find out who killed her mentor, Padmé always has engaging episodes, even if oftentimes they feature Jar Jar Binks. By setting Alliances in the Clone Wars era, Zahn is giving Padmé her due and allowing her to shine in a setting that we’ve never seen her in before.

Her own novel is even more important because she won’t be playing second fiddle to anyone. We’ll get the content that Padmé fans have wanted for years, and even better is that it won’t be framed in the context of her being a wife or mother. It will be a political novel and, hopefully, a coming of age novel. Fans will get to see her grow on her own, with the aid of her female friends. That’s a powerful moment for a franchise that barely passes the Bechdel test on a good day.

This is wonderful news for hardcore fans of the character. Padmé is beloved by young women who oftentimes grew up with the prequels, because what’s not to love about a queen-turned-senator who kicks butt while always looking good? But the lack of merch and canon mentions of her has been a bit of buzzkill: it took until 2017 for Funko Pops to release a major Padmé figure, long after other prequel characters earned them. It’s been a sad time for Padmé fans, and seeing her finally get her due in two major novels is a wonderful break.