Into the Unknown: New Official Over the Garden Wall Merch

Have I said "there's a gosh darn mixtape" enough? No? Okay. Have you seen Over the Garden Wall? If you haven’t, you should. And if you have, then get excited, because Cartoon Network is about to toss some more awesome stuff over the wall: a DVD set, a comic book mini-series, and a gosh darn “For Sara” cassette tape.

They’re releasing a DVD of the show with a bunch of bonus material including a featurette with series creator Patrick McHale, Elijah Wood, Collin Dean and Melanie Lynskey. 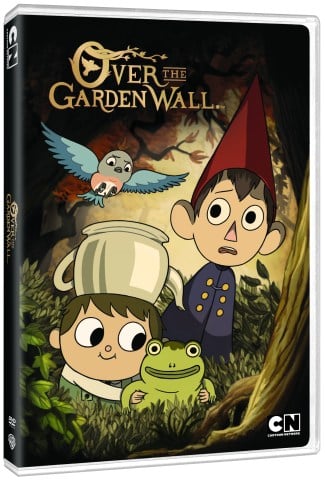 They’re also working with KaBOOM!, the home of most of the Cartoon Network comics, to put out a four-issue comic book series written by McHale. Each book is set between episodes of the show, with the last one being a prequel to the story–something the series kind of touches on in its final episode. 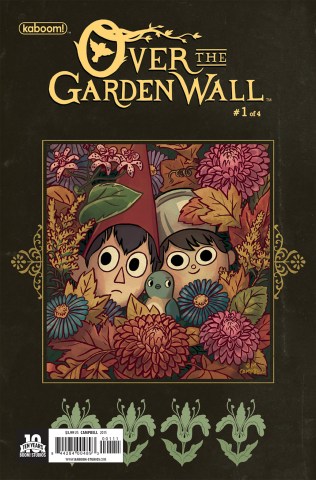 But wait, here’s the best part. Remember that mixtape Wirt made for Sara in the final episode? The one with the really melancholic opening track that absolutely encompasses the entire gosh darn series? Well, you can actually listen to it now because they’re making a real life actual cassette tape. Yeah. Seriously. It’s called “For Sara” (obviously), and it’s got 20 minutes of brand spankin’ new material from Wood and series composers The Blasting Company. It’s super limited-edition, apparently, so be ready for it. 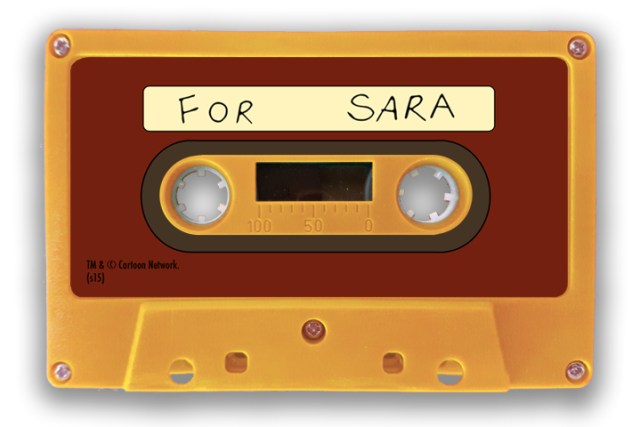 The music definitely made this show for me, and for a lot of people. That’s something they obviously understand incredibly well. You can check out the full announcement below.

Get excited, Garden Wall fans. We’re heading into the unknown.

Cartoon Network Brings Fans Even More Over the Garden Wall

Cartoon Network’s first miniseries Over the Garden Wall charmed audiences during its network run in November 2014, and this fall, fans can go even deeper into the Unknown with a line of consumer products celebrating the series. Building on the mystical tale from creator Patrick McHale (Adventure Time) are a DVD release with all ten episodes plus bonus materials, a limited-edition “For Sara” Cassette from Mondo with more than 20 minutes of originally-produced content, and a four-issue comic book series written by McHale and released by KaBOOM!

The critically acclaimed and Emmy® Award-nominated, Over the Garden Wall is the story of two brothers, Wirt (voiced by Elijah Wood) and Greg (voiced by Collin Dean), who find themselves lost in the Unknown; a strange forest adrift in time. With the help of a wise old Woodsman (voiced by Christopher Lloyd) and a foul-tempered bluebird named Beatrice (voiced by Melanie Lynskey), Wirt and Greg must travel across this strange land, in hope of finding their way home. At the heart of Over the Garden Wall are two brothers who are looking for direction in different ways. Wirt gets lost in his own thoughts, while Greg gets lost in the wonder and fun of the world around him. Join them as they encounter surprises and obstacles on their journey through the wood.

Over the Garden Wall is based upon McHale’s award-winning short, Tome of the Unknown, which took home the Bruce Corwin Award for Best Animated Short at the 2014 Santa Barbara International Film Festival. Over the Garden Wall was nominated for a 2015 Emmy® for “Outstanding Animated Program.” Produced under Cartoon Network’s prolific shorts program, Over the Garden Wall  joins an illustrious list of animated shorts to become fully produced series on Cartoon Network (Regular Show, Steven Universe, Uncle Grandpa, Clarence, and the recently premiered We Bare Bears).