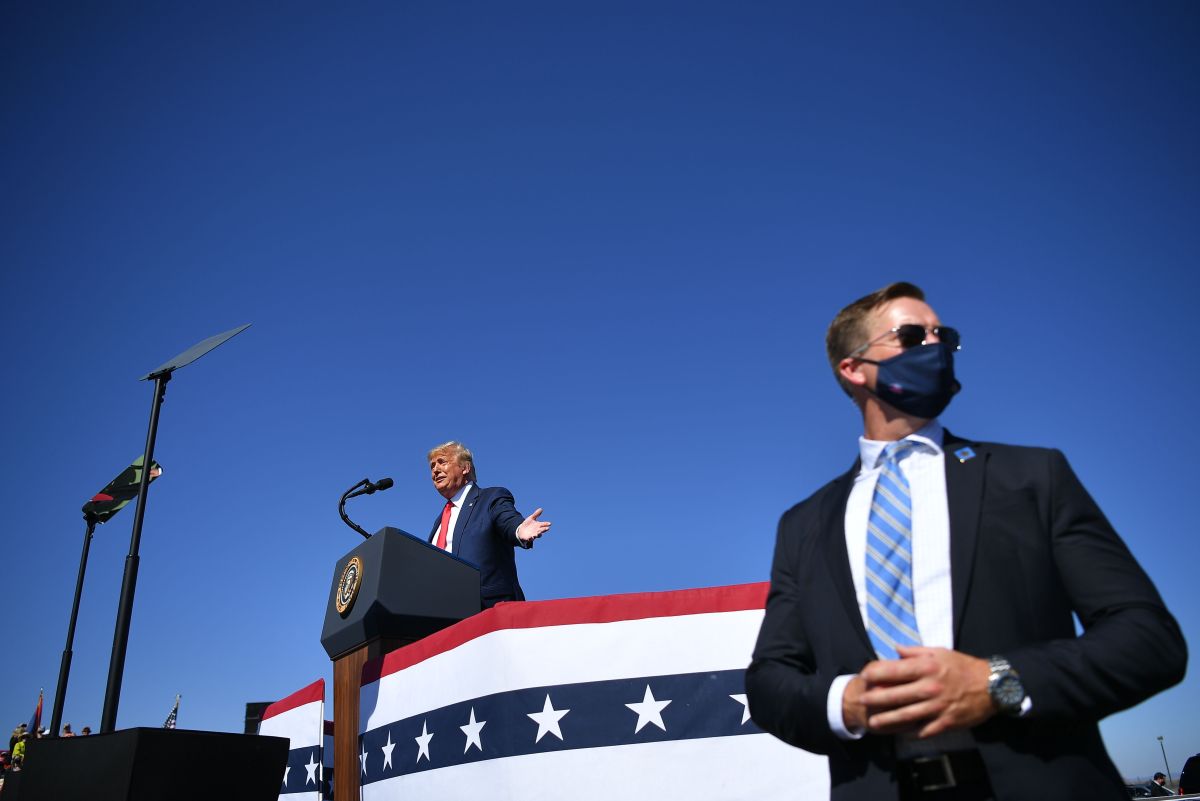 Just because he had decisively lost the election doesn’t mean we can forget that Donald Trump is a monster who failed as President in every possible way, but most heinously in keeping Americans safe. His botched handling of the coronavirus pandemic will go down in history as one of the greatest and most avoidable travesties this country has ever faced. But what’s worse is that Trump continues to endanger the country and everyone around him with his incompetence, arrogance, and cruelty.

Today The Washington Post reports that more than 130 Secret Service either have COVID or have been forced to quarantine in the wake of all of Donald Trump’s superspreader campaign rallies. This represents nearly 10% (TEN!!!) of the Secret Service’s core security team. And they were all recklessly exposed because Donald Trump doesn’t care about human beings, even those whose job it is to protect him. But of course, everyone in the White House has had COVID-19 or has it now, as they continue to act as stupidly as possible when it comes to their lives.

This is particularly egregious because the Secret Service agents are getting exposed as part of a job. They don’t have a choice. And while they all would take a bullet for the President, that’s not the same as contracting a deadly virus just because their boss is a human who refuses to follow basic pandemic safety precautions and frequently holds events that flout them.

This news comes as COVID-19 cases continue to skyrocket across the country, as the virus enters a deadly “uncontrolled spread” stage and thousands of people continue to die. And the connection to Trump rallies can’t be overstated, either for these service members who have been infected or between the rallies and other spikes. A study published on November 1 linked the rallies to over 700 deaths and 30,000 infections. That’s unconscionable and evil on a level that’s hard to comprehend.

We really shouldn’t expect that Trump would care about the lives of the Secret Service at this point. After all, he forced agents to join him in his hermetically sealed Presidential vehicle for a photo op while he was an actual active COVID patient himself. This is the guy that calls soldiers losers and has let 230,000+ Americans die. And since his election loss, he hasn’t made a single move to do anything as the country spirals into more shutdowns and infections. Heck, most of the coronavirus task force is either on vacation or has it!

Maybe that’s why it feels so sweet to see the Biden has officially won the state of Georgia. Or that more of Trump’s bogus lawsuits have been dismissed. He lost and he just keeps losing. And there’s only one thing that this heartless piece of garbage cares about, and that’s being a winner. So the idea that he’s not only lost but that his refusal to concede means he gets to lose again and again and again … that’s a welcome joy.

I hope he keeps losing. I hope that he gets to spend the rest of his miserable life knowing he lost and he’s hated and will go down in history as a loser. For a President who willfully risked the lives of everyone around him, especially those whose job it is to protect him … I hope for a speedy recovery for those in the Secret Service, and I hope that Trump lives forever with his disgrace.

(via The Washington Post, image: Photo by MANDEL NGAN/AFP via Getty Images)