Everything (?) Is Awesome: Our Favorite And Least Favorite Moments From The 2015 Oscars 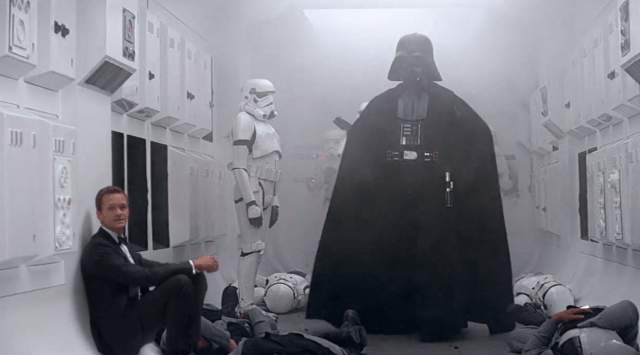 Last night’s Oscars were surprisingly full of poignant messages and emotional musical numbers – but it wasn’t all flawless. Here’s our list of the best and worst moments of the 2015 Academy Awards!

Host Neil Patrick Harris might have seemed a bit nervous and insecure during the rest of the ceremony, but there’s no doubt that his opening number was perfection. With help from Benedict Cumberbatch, Anna Kendrick, dancing Stormtroopers, and Jack Black, NPH did what he does best with this awesome song-and-dance tribute to movies. We love you, NPH.

In addition to a strong opening number, NPH didn’t shy away from calling the Oscars out on their diversity problem. He opening the night by mentioning that the Academy celebrates the “best and whitest” of Hollywood, introduced Jennifer Aniston and David Oyelowo as presenters by saying they “absolutely deserve to be here,” and shamed the Dolby audience for not having nominated Oyelowo while speaking to him in the crowd.

It doesn’t make up for their lack of nominations, but seeing Tegan & Sara and The Lonely Island perform “Everything Is Awesome” from The LEGO Movie did make me feel a little bit better about it. Plus, it brought us LEGO Oscar Emma: 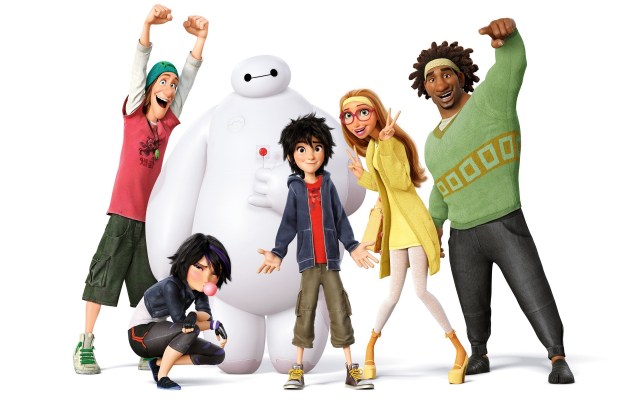 Guardians of the Galaxy got snubbed hard (it didn’t win for make-up or visual effects? But did anyone see Drax or Groot? C’mon!). Luckily, Big Hero 6 saved the day and took home the statue for Best Animated Movie, making it the first ever Marvel affiliated film to win a major Academy Award. It’s especially nice to see this considering the film’s excellent representation – and it’s always great to see a movie based on a comic getting some awards love. Still, I recommend you all go and see The Tale of the Princess Kaguya, a beautiful feminist film that deserved more recognition.

It’s Raining on my Face

The speeches at this years’ Oscars were incredibly moving; it was really quite inspiring to see actors use the least-diverse Oscars in years to draw attention to issues of racism, mental illness, immigration, incarceration, and sexism. The Imitation Game writer Graham Moore gave a tear-jerking speech from the heart about his struggles with depression and self-harm: Patricia Arquette used her Best Supporting Actress win to call for an end to the wage gap and demand equal pay for women.

I think we need federal laws that are comprehensive. In different states, they have altogether thrown out the Fairness Voting act. People think we have equal rights. We won’t until we pass a Constitutional amendment in the United States of American where we pass the Era once and for all.

That’s worthy of this reaction from Meryl and Jennifer Lopez watching from the audience:

Unfortunately, Arquette elaborated on her comments backstage, saying “all the men that love women, and all the gay people, and all the people of color that we’ve all fought for [need] to fight for [women] now.” Sadly, this lack of intersectionality in her language effectively erases LGBTQ women and women of color from the dialogue. Hopefully, Arquette’s speech will help to raise awareness both of wage equality and of the importance of intersectional feminism.

Common and John Legend’s performance blew the roof off the theater, got a standing ovation, and also making everyone in the audience cry, including Chris Pine. Hold me.

Classin’ Up The Joint

Is there anyone who epitomizes class more than Julie Andrews? Lady Gaga’s Sound of Music tribute was brilliant, but the tears really started flowing when Maria herself showed up.

This Guy Is Now An Academy Award Winner

[Editor’s Note: If you haven’t read Sam’s Jupiter Ascending review, do yourself a favor.]

When presenting the award for Best Director to Alejandro González Iñárritu, domestic abuser Sean Penn made a “joke,” asking “who gave this son of a bitch his green card?”

“Who gave this guy a green card?” Sean Penn talking about a Mexican dude to a room full of British & Australian people…

In fact, the Oscar for Best Director hasn’t been won by an American since Kathryn Bigelow took home the award in 2009 for Hurt Locker. Since then, it’s gone to Tom Hooper (British), Michel Hazanavicius (French), Ang Lee (Taiwanese), and Alfonso Cuarón, who shares his Mexican nationality with Iñárritu.

To his credit, Iñárritu responded graciously on stage to the comment, who dedicated his awards to Mexicans fighting for a new government, and to the ones in America, “who are part of the latest generation of immigrants in this country, I just pray that they can be treated with the same dignity and respect of the ones who came before and built this incredible immigrant nation.”

Plus, Iñárritu is our best chance at getting Leo an Oscar next year, so let’s all be nice to him, okay?

Female Comedians Snubbed From In Memoriam 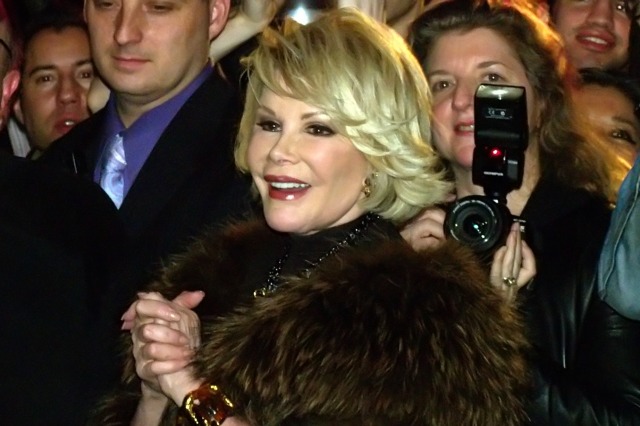 The “In Memoriam” portion of the Academy Awards are typically handled with class – this year, Meryl Streep introduced them with a quote from Joan Didion, and they were sung out by Jennifer Hudson (who, oddly, performed a song from Oscar executive producers Neil Moran and Craig Zadan cancelled show, Smash, but, okay, whatever). But in a super tacky move, they left both Joan Rivers and Elaine Stritch out of the segment.

Though Rivers made what were unequivocally racist and mean-spirited comments, there’s no denying she was an integral part of the Oscars for years – and, before that, was a female comedian in a time when it wasn’t so easy to be one. Rude, Oscars. Very rude.

Though NPH did call out the Oscars for their lack of diversity, he definitely made some joke missteps over the course of the evening. Some people were upset about his “treason” joke after CitizenFour won for best documentary, and I don’t think anyone found the on-going gag with Octavia Spencer guarding NPH’s Oscar predictions very funny (up to and including Octavia Spencer).

But the joke that stood out as the worst to me was when NPH made David Oyelowo drag the Quvenzhané Wallis Annie remake through the mud. Maybe don’t have the actor who played Martin Luther King Jr. say mean things about a remake vehicle for an actress of color directly in front of Oprah? What were you thinking, NPH.

You Guys Are Making Me Really Uncomfortable

While I’m glad Idina Menzel got justice for being introduced by John Travolta as “Adele Dazeem” during last year’s Oscars, Travolta’s apology was a bit marred by the fact that he is perhaps the creepiest human on Earth. Why was he so handsy with Idina’s face? Menzel was visibly uncomfortable as it kept on.

And why did he risk death at the hands of ScarJo for attempting this?

Then there was Terrence Howard getting weirdly emotional while talking about Whiplash and The Imitation Game. Did his prompter die? Did he have too much to drink? Too little? We may never know.

What were your favorite and least favorite moments of the 2015 Academy Awards? Let us know in the comments!