Orpheus and Eurydice: Why Do We Keep Coming Back? 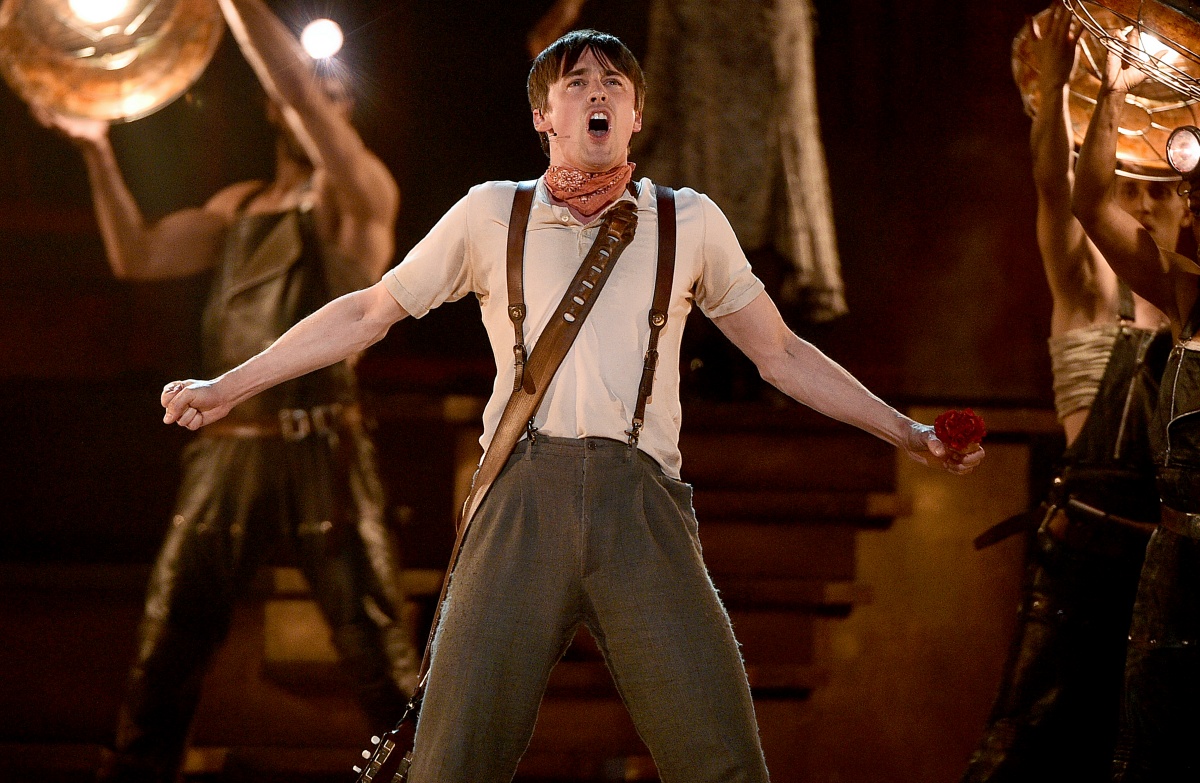 “Why did he do that?” That’s roughly what I remember thinking when I first read the story of Orpheus and Eurydice as a youth. Then, a few months ago, when I was blessed to see Hadestown in previews for only $50 despite knowing how the story would end, I still found myself crying, “Why did he do that?” when it was all over. The Tony Award-winning musical addresses, in-universe, that we keep coming back to stories like Orpheus and Eurydice because we hope that this time will be different. But why this particular story?

For those who might not be familiar with the myth, Orpheus and Eurydice concerns the fateful love of Orpheus of Thrace, son of Apollo and the muse Calliope (one of Apollo’s rare couplings with consent), and the beautiful Eurydice.

Orpheus, in the story, is a musician and poet who is so good at what he does that he moves animals to dance. They would even say that while Hermes had invented the lyre, Orpheus had perfected it, and Hermes didn’t petty-murder him outright for that, which says a lot considering the Greek Gods. He has other stories before meeting his beloved; he was an Argonaut, but that’s a tale for another day.

In one of the more well-known incarnations of the myth, it says that while walking in tall grass at her wedding, Eurydice was attacked by a satyr, who was attempting to rape her. In trying to escape the satyr, Eurydice fell into a nest of vipers was fatally bitten on her heel. Her body was then discovered by Orpheus, who played such a sad and sorrowful song that all the nymphs and gods wept.

They then told the young artist to travel to the underworld and attempt to plead his case to Hades, Lord of the Underworld. Using his music, he softened the hearts of Hades and Persephone, and they agreed to allow Eurydice to return with him to earth on one condition: He has to walk in front of her and not look back until they’re both in the sunlight of the upper world. He set off with Eurydice following, and in his anxiety, as soon as he reached the upper world, he turned to look at her, and she vanished from him forever.

“Why does he turn?” is a question that has plagued me and others forever. With a lot star-crossed lovers and tragic stories, there’s a feeling of helplessness that fate is playing a role in the inevitable destruction of the couple. While some have speculated that Hades or some malevolent force subconsciously prompted Orpheus to turn, in the text itself, it feels like a lack of faith—a lack of faith that the person you love is really there with you. I’m sure there are more highbrow literary dissections of the myth, and I’m sure I’ve read a big chunk of them, but for me, it’s the lack of trust—the inability to trust in the presence of someone being with you unless you can see them—that really attached itself to me.

As someone with anxiety and abandonment issues, that fear is something you see in relationships all the time—the fear that if you aren’t holding on to something tangible, that if you can’t see evidence or proof of love, it isn’t real. The fear of being disconnected without even knowing it, and then realizing in the end that you can’t love without being able to have faith in your partner—faith in what you have being stronger than anything else.

… or death anxiety, too, but like … pfft, it’s about love angst. Most of the time people go into the underworld, it’s for love—to save a lost love or to capture a maiden. It’s all about attaining something, getting something back. So, when you go to the Underworld, challenge gods, and win, but your love still isn’t strong enough to make it to the very end, what does that mean?

So, we watch the story again and again, hoping that this time, Orpheus can somehow feel his love’s presence—feel the tie they have formed together, instead of accidentally breaking it.

What tragic stories do you love to revisit, secretly wishing the ending would be different?