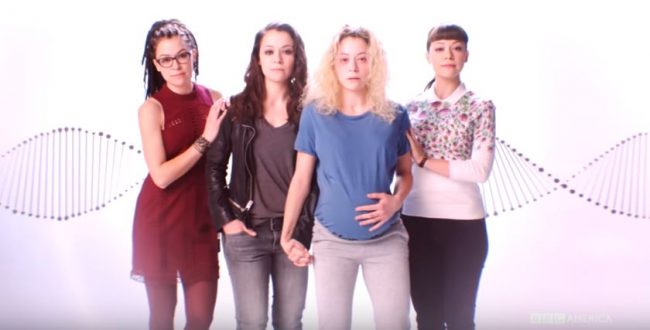 It’s the age-old question: Who would win in a fight? With BBC America’s Orphan Black beginning its fifth and final season tonight at 10PM ET, it’s an easy question to ask about our favorite Project Leda clones. Thankfully, co-creator Graeme Manson has some answers.

In an interview with io9, Manson talks about how a fight between the sestra members of Clone Club would play out. His conclusion probably wouldn’t surprise you, though the way in which he gets there might. Manson says:

“Sarah’s like a bare-knuckle brawler. Helena has incredible skills and is a survivor. Alison packs a serious handgun. And Rachel’s super sneaky and underhanded. Cosima would be a sort of intellectual with these superpowers. I think, somehow, Helena is the survivor. Helena is always the survivor. But she might have to take another bullet—this time from Alison.”

Yeah, we kinda figured. If it came down to it, Helena will always survive, even if she has to rip your face off with her bare hands to do it. What’s interesting is that he thinks Alison would make it to the final showdown. Considering how far she’s come (and how murderous she’s become in the name of protecting her sisters), that makes a lot of sense. Just as Sarah is learning to calm down her rage, Alison has learned to express it.

Next question, Mary Suevians! Who would win in a fight between Krystal, M.K., Tony, and Katja (may she RIP – let’s assume she’s alive for this fight)? As we wait for “The Final Trip” to begin on Orphan Black tonight, let’s speculate our hearts out in the comments below!