What Orphan Black‘s M.K. and Kira Teach Us About Female Bodily Autonomy 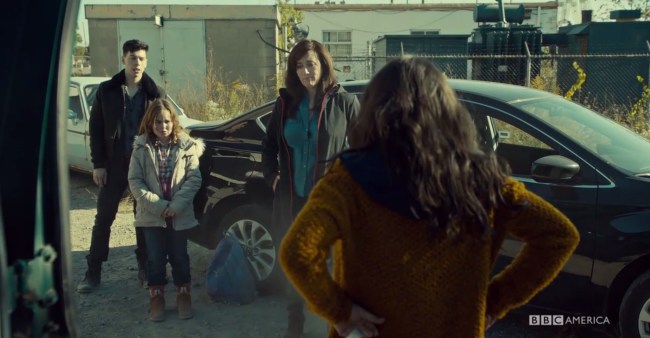 Orphan Black is, in large part, about women fighting for their bodily autonomy. While Dyad and Neolution have been trying to claim ownership over the Leda Clones for four seasons, Clone Club has been fighting to survive on their own terms. What’s interesting in the show’s fifth season is that in the most recent episode, “Clutch of Greed,” we were given two female characters fighting for bodily autonomy without survival being the point. **SPOILERS AHOY**

For the past four seasons, Sarah’s daughter Kira has been shuttled and shuffled around for her own safety. The daughter of our principal Leda Clone, it’s also become clear over the years that she’s special beyond the fact that she was born to a clone. Over the years, she seems to have demonstrated that she has visions, or a kind of sixth sense. More recently, as they’ve found more Leda clones, Kira has made it known that she can “feel [Sarah’s] sisters.” Kira is connected to all of them, and feels them constantly.

So, of course, everyone wants to study her, and her mother wants to keep her safe. They’ve been running and hiding for years and, for the most part, Kira has gone along. As a little girl with an entire clone family protecting her, along with Felix and Mrs. S, she didn’t really have much choice, and she trusted that they had her best interests at heart.

Yet, at the beginning of this season, there’s a new element affecting the Leda Clones’ lives. Rachel has been chosen by P.T. Westmoreland himself (the founder of Neolution who’s way, way old) to lead Neolution. She says she wants to help cure her sisters, and she wants them all to come in willingly. She’s giving Cosima the time and space to test the cure for their illness, and if it works, she can develop it for all of them.

She also wants to restart human cloning, but that’s a whole other conversation. The point is, she wants to do so nicely.

After Rachel captured Sarah, she wanted to make a deal. Or rather, she wanted to call a sort of truce between herself and the other Ledas. She doesn’t want to take Kira away from Sarah, but she does want to study her, and so she asks Sarah to allow her to pick up Kira from school every day so that she can aid them in their research, and she’ll be delivered back safely

Sarah agrees, but then once she’s safely alone with Mrs. S and Felix, she reveals that she has zero intention of trusting Rachel, even though in her brief time with her, Kira has come to like Rachel, going so far as to call her “Auntie Rachel,” much to Sarah’s annoyance. Sarah then comes up with a plan to steal Kira back from under Rachel’s nose and go hide outside the country.

The plan to save Kira succeeds, though not without some hardship and tragedy. But when it comes time for Sarah and Kira to board a truck that’s going to take them away to safety, something interesting happens. 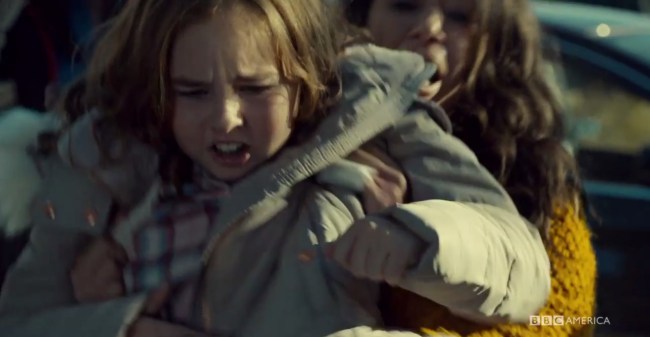 Kira fights getting on the truck and insists that she doesn’t want to run again. She wants to go with Rachel. Sarah is horrified.

But as Kira explains, she wants to know “why [she’s] like this.” She’s tired of running without answers. She’s tired of her mother and the rest of Clone Club making decisions for her. She’s tired of being shushed or not believed when she tries to warn people about something. Rachel might not be the safest person in the world, but in this moment Kira is asserting her right to look for answers about her own body, abilities, and identity. Even if it means putting herself in danger. She screams for the right to be able to make that decision for herself.

Orphan Black seems to be reminding us that, just because Kira is young doesn’t mean she doesn’t deserve a say in what happens to her. While Sarah obviously loves her and wants to protect her the way most mothers would, she’s not taking into account the toll the constant running and hiding has already taken on Kira. Kira is tired of survival at the expense of her own spiritual, emotional, and physical well-being. She chooses to take a chance, because the pain of not knowing feels worse to her. And when Sarah looks to Mrs. S and Felix for support, they side with Kira, driving home the message that even as parents want to protect their children, they also have to listen to them. 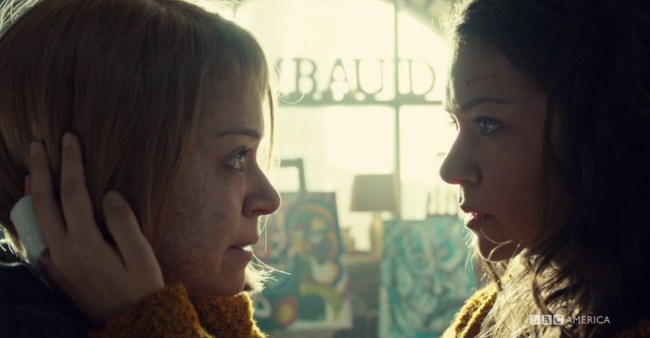 **CW: Brief description of a character’s murder and a shot of the dead character from the show**

And then there’s M.K. Poor, sick M.K. who’s come down with the clone illness hard. Scott has managed to track down M.K. and M.K. has managed to break into Felix’s apartment. She becomes a big help in maneuvering Clone Club to get Kira to safety, and Sarah is determined to ensure that M.K. will be safe, too. Diverging from the plan a bit, Sarah risks her safety (and almost gets caught by Ferdinand) to stop and pick up M.K. so that she can leave with her and Kira.

However, when Sarah gets to Felix’s, M.K. tells her she shouldn’t have come. That she’s been running and hiding most of her life and she just needs to stop. She’s really similar to Kira in this way, and as with Kira, Sarah thinks she knows best. She insists that the only thing that matters is escaping Neolution. M.K, however, has other priorities. Her illness is pretty far gone, and it’s likely she doesn’t have long anyway. She doesn’t want to spend what’s left of her life running. She finds meaning in helping the rest of Clone Club to safety, but that doesn’t necessarily mean safety for herself.

When Ferdinand tracks Sarah to Felix’s apartment, M.K. makes the ultimate sacrifice. She exchanges clothes with Sarah and gets her out though another entrance as she attempts to hold off Ferdinand. While Ferdinand is there for Sarah, he sadistically rejoices at the sight of M.K. (who recently deprived him of millions of dollars and didn’t have the decency of dying with the rest of the clones he was responsible for killing in Helsinki) dressed as Rachel (who has recently broken his heart by not being into dominating him anymore). He calls it “two revenge fantasies in one.” In a scene that is really, really excruciating to watch, he stomps on M.K’s chest until she is dead. Then, in morbid salute, Ferdinand places her sheep mask on her chest before leaving the apartment.

What’s almost beautiful about that entire scene, however, is that M.K. is prepared to die. She knew what was coming, and she was at peace with it. She insists, over and over, that “you can’t hurt me anymore.” She has chosen to help her sisters and escape her illness by putting herself in this position and letting the chips fall where they may. On a show that is all about female characters fighting for ownership over their own bodies, I was struck by the fact that, in this episode, we had two of those female characters essentially fighting for the right to put themselves in harm’s way toward a greater purpose. Fighting for freedom, or for one’s life, or for the abstract idea of “having control over one’s body” is very understandable to most people.

Fighting for the right to die, or for peace, or for answers, or sacrificing for another are understood a lot less.  These, too, are choices one can make when exerting autonomy over one’s own body, and women have just as much a right over these choices as they do over the choices that would protect them and keep them safe, and alive.

It’s interesting that Orphan Black gave us a look at what that kind of autonomy can look like through the two most seemingly helpless characters on the show. Kira and M.K. are both nuanced female characters, showing us that being a “strong” female character means being a character who asserts her agency, whether it keeps her “safe” or not.