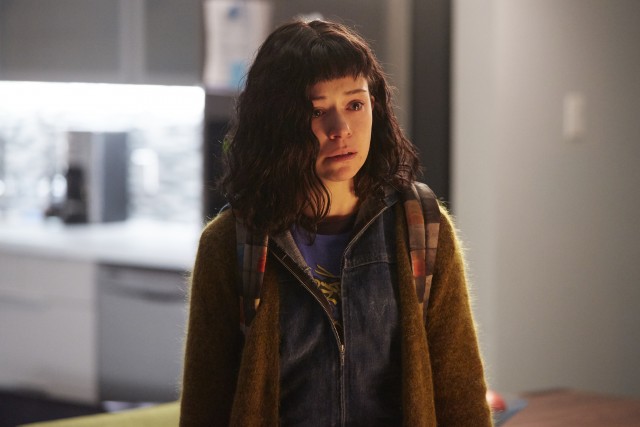 Happy Friday, Clone Club! Episode Two of the fourth season of Orphan Black finds Sarah Manning freaking out about everything. To be fair, she has a some really good reasons, though not everyone’s entirely happy with how she’s handling things. Namely Kira, who’s had just about enough running and hiding thankyouverymuch. Meanwhile, we get a closer look at what the rest of the Clone Club is up to, including Helena and Felix! Welcome to “Transgressive Border Crossing.” 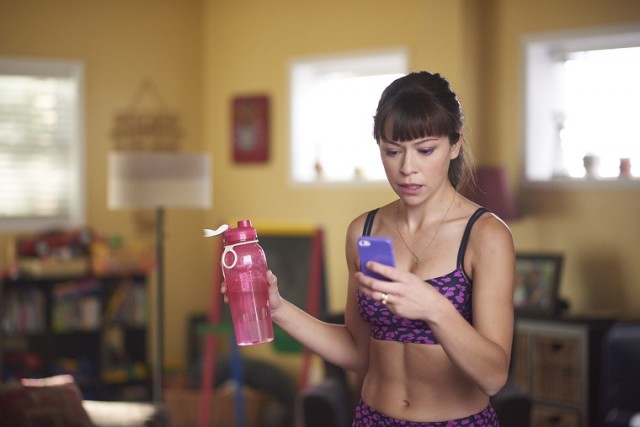 Sarah has received a call from M.K. saying that Neolution has discovered where she, Kira, Mrs. S, and Kendall have been hiding. Despite not knowing M.K., knowing that she’s “one of us” and that Beth trusted her is enough for Sarah, and she quickly gets Kira and the rest of the family out of the house where they’d been staying. Mrs. S burns it behind them. They go back home and end up hiding out at Rabbit Hole Comics, an awesome-looking comics shop that hides Cosima and Scott’s secret lab now that Dyad is no more. Sarah then meets with Art, who provides her with files on the case that we saw Beth and Art working in the previous episode (the dude with a big-ass hole in his cheek) and fills her in on the fact that Beth was up to a lot on her own, and he’s not sure what. They end up going to snoop at her apartment, which still belongs to Paul (RIP) and is paid for by Dyad through the end of the month.

As rhey snoop, they discover a hidden camera that she’d left behind a painting, and they watch the recording, scanning them for anything that will tell them more about what she knew. Sarah also finds a copy of Dr. Leakey’s Neolution book and knows from the inscription that Leakey and Beth had met. In one of the videos, Sarah sees that Beth was visited by the pregnant, goth Neolutionist that we saw in the last episode. Seeing that she has the weird white eye that all Neolutionists have, Sarah snaps a picture to go to the Neolution club to find her.

She seeks out Felix, who hasn’t been returning her calls, and invites him out for a drink. What he likely thought was going to be a nice hangout with his newly-returned foster sister ended up being yet another operation in the name of Clone Club. He enters the club (because she can’t, looking like Beth), and lets her in the back entrance. While searching for Goth Neolutionist, she ends up meeting a dude who, mistaking her for M.K., shows her a video of what the weird “maggot bots” can do to someone’s face.

Sarah steals that guy’s phone and uses it to track M.K. down to a laundromat where she and M.K. speak for the first time, Sarah in the laundromat, M.K. through the security system from a remote location. Ever flighty and skittish, M.K., who was in her car outside the whole time, flees from Sarah after only a brief conversation…leaving Sarah to be attacked by the Creepy EMT workers. They pounce on her, hold her down, and check something in her cheek. The male EMT feels around in her cheek, knows she’s Sarah Manning, and they leave, clearly not looking for her.

When Sarah gets back to her family’s hideout, she realizes something horrible. SHE HAS A MAGGOT BOT IN HER CHEEK. 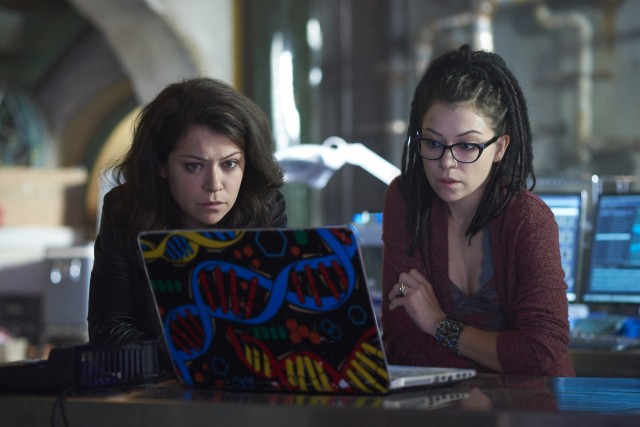 Meanwhile, in Other Clone News, Alison seems to be the only one of the clones who knows that Felix has started looking into finding his birth parents. He tells Sarah later, explaining that since she’s related to everyone in Clone Club, including their shared foster mother, he’s started to feel left out and wants to figure out who he is independently from them.

Alison frantically keeps up appearances in her work and family life to both 1) keep suspicion of the murders she and Donnie committed last season down, and 2) not think about the pain she feels when she sees Helena about to give birth, not being able to have children herself.

Because YAY! Helena was in this episode, and she continues to live with Alison and Donnie while she waits for her child to be born. No, not child, children. Helena’s having twins!

And lastly, Kendall confirmed to Scott that she has leukemia after he ran some tests on some of her blood and began making that connection. She insists that he promise not to tell Mrs. S. 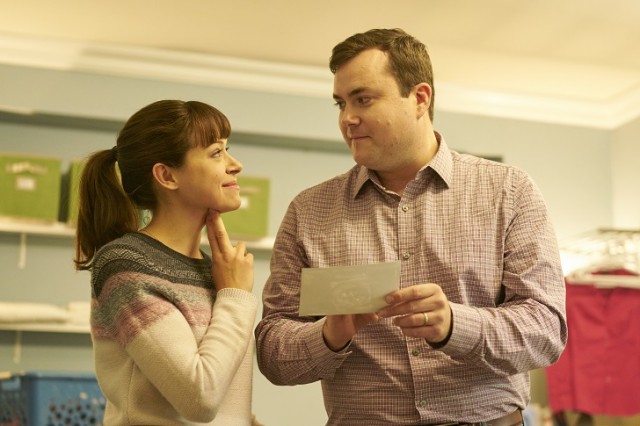 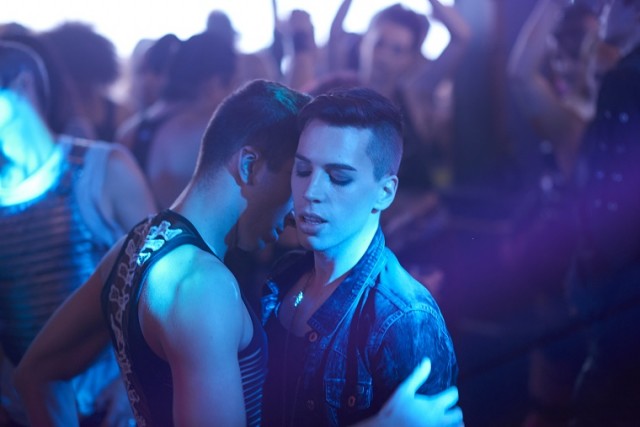 Overall, this episode was a definite improvement over last week, precisely because last week was a totally Beth-focused story. It must be said: Beth is the boring clone. They can’t all be winners. But now I see that every time Beth is onscreen, that’s my cue to make a sandwich.

What I loved the most about this episode was the focus on family: Felix wanting to find his birth parents, Kendall wanting to protect her daughter from more bad news by not telling her about her leukemia, Cosima confiding in Mrs. S about Delpine, and Kira and Sarah’s relationship, which has taken a turn for the worse. I’m glad they haven’t shied away from showing how all their running around and hiding has started to affect Kira negatively.

That’s it for this week! Orphan Black airs in a NEW TIMESLOT on Thursdays at 10PM EST on BBC America. You’ll always be able to FIND MY OB RECAPS HERE. And yes, the Orphan Black Science Recaps ARE BACK!)

See you next week, Clone Club!