Orphan Black Recap: “The Collapse of Nature” | The Mary Sue 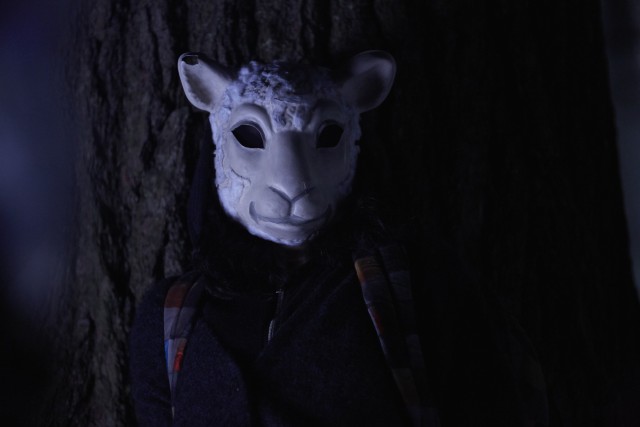 We’re back, Clone Club! The new season of BBC America’s Orphan Black has finally arrived, and its first episode, “The Collapse of Nature,” premiered last night. It not only gave us some sweet, sweet Beth Childs backstory, but it also gave us a glimpse into the lives of some of the Project Leda clones before they met Sarah. Not only that, but there’s a new clone in the mix. Welcome to Orphan Black, Season Four! 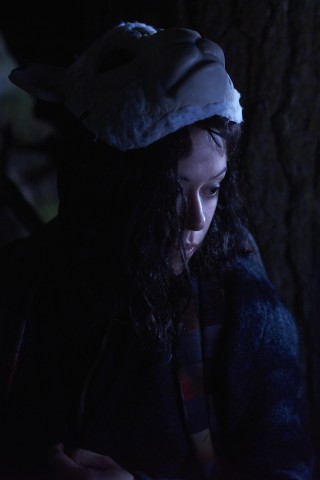 This episode was basically one big flashback episode that told us Beth’s story before she decided to throw herself in front of an oncoming train, setting the entire show in motion back in Season One. We see Beth Childs, the cop who’s starting to turn to drugs more and more often, the clone who’s been made self-aware and is starting to suspect everyone around her, the woman who, in the search for answers, has slowly started losing herself.

It’s Beth who has the connection to the new clone this season, M.K. (or Mika?), who seems to have the most information about the Leda clones and is feeding it to Beth so that she can use her police resources to do more digging. In the beginning of the episode, we see that M.K., wearing a sheep mask, is sneaking around the woods following a couple of EMT workers. They’re burying a body (and creepily kissing as they do it), and M.K. feeds the coordinates of the burial location to Beth.

This sets Beth on a path toward Neolution, Dr. Leakey’s “philosophy” that we should all be able to choose how we evolve. The dead body had a surgically bifurcated penis (*shudders*) that the victim did himself. He was also missing his entire right cheek (*double shudder*) which was done to him. Beth continues to follow leads from M.K. about the victim which leads Beth first to a Neolution club where everyone has magnetic fingers or rat tails (it’s like a mutant goth club in there!), then to Dr. Leakey himself, who seems a bit charmed by the fact that a Leda clone has made her way to him.

Beth is also the “leader” of Clone Club, ensuring that Alison doesn’t play with guns, that money is sent to Cosima for her school transfer, and that every lead that M.K. provides gets looked into. While coordinating all of that, she’s dealing with the fallout of realizing that Paul is her monitor. Their relationship is falling apart.

And who’s there to pick up the pieces? Her partner, Art, who’s been worried about her drug addiction, and has so clearly been in love with her. After an emotionally harrowing night with Paul, Beth leaves and goes to Art’s apartment for comfort. They end up sleeping together. She’s awakened by a call from a girl she met at the Neolutionist club giving her a lead to where to another Neolutionist who’s gone missing just like the original murder victim would have gone.

Beth follows the lead to a warehouse building, climbs the fire escape, and sees through the window that the missing Neolutionist is there willingly having something taken out of him. With him in the room are the two EMT workers who buried the murder victim, and SOMEONE FROM BETH’S PRECINCT! Before she can be spotted, she runs down the fire escape and away from the building, and at one point she hears someone coming up behind her. Thinking it’s the Neolutionists she turns and accidentally shoots an innocent woman without thinking, killing her. She calls Art, and he helps her cover it up.

This is the killing for which Beth is being investigated in Season One just before she kills herself, passing the trouble on to Sarah. And where is Sarah now? Cut to the present day when Sarah and Kira are still hiding out in Iceland, where Sarah receives a phone call. It’s M.K, calling because Sarah is the New Beth, and Neolution is on the verge of tracking Sarah down. M.K. tells her to run. 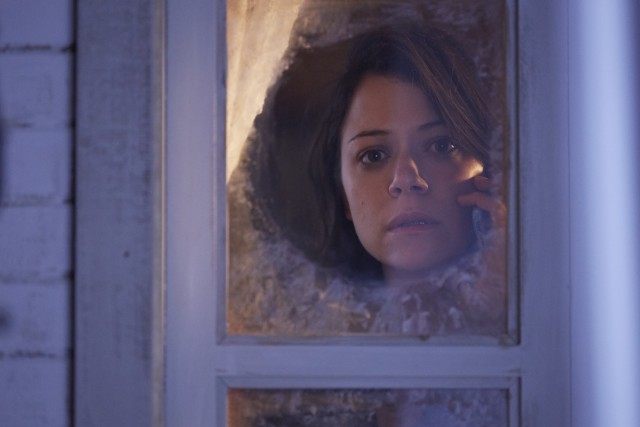 Overall, this was a solid, functional episode. It didn’t elicit a strong emotional response from me at all, but it was fun to watch a flashback, and it did indicate that the rest of the season will include M.K. helping Sarah and the rest of Clone Club down a not-great path. It was a subtle start to what I hope will be a great season!

That’s it for this week! Orphan Black airs in a NEW TIMESLOT on Thursdays at 10PM EST on BBC America. You’ll always be able to FIND MY OB RECAPS HERE. And yes, the Orphan Black Science Recaps will be starting up again soon, too! Check out some of the PREVIOUS SCIENCE RECAPS while you wait!

It’s good to be back, Clone Club!