Things Are Getting out of Control in the Oregon Statehouse 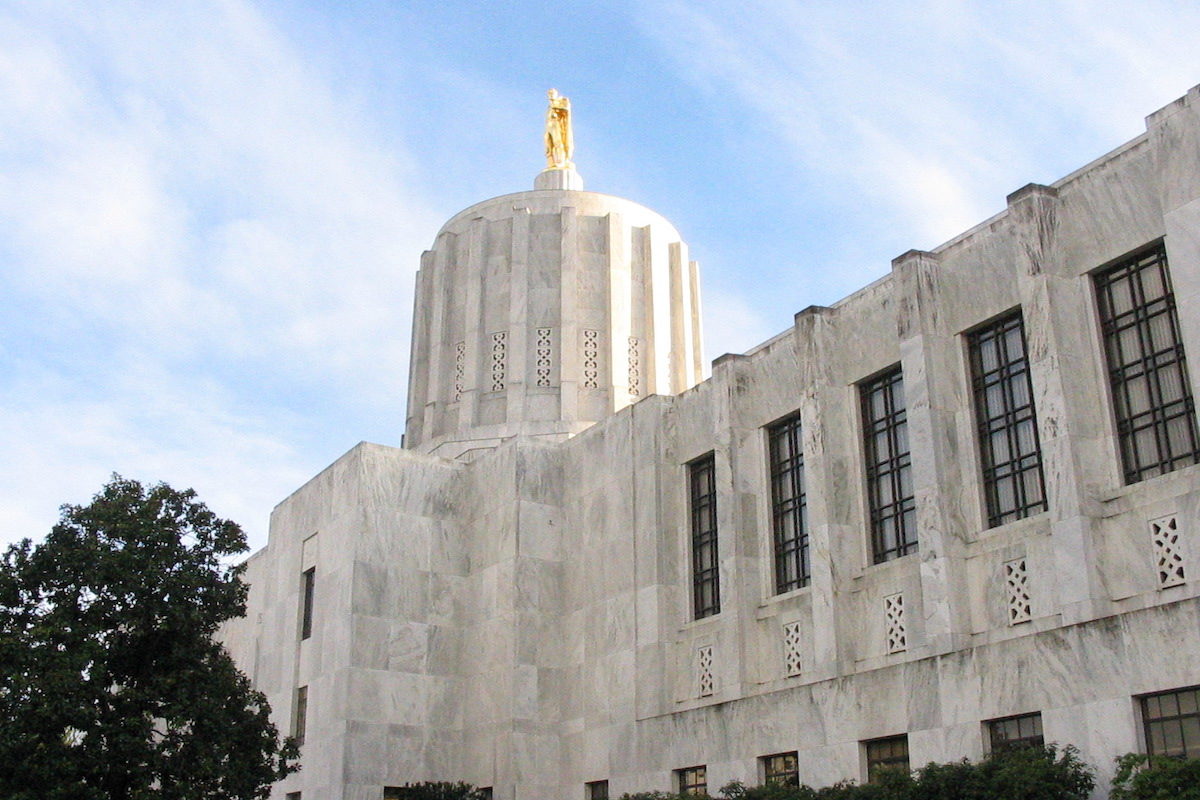 A bizarre scene is unfolding in the Oregon Capitol building. In order to avoid voting on a climate change bill and to deny the Democratic majority a quorum on the vote, eleven Republican state senators refused to show up for work. Some went so far as to flee the state and are reportedly hiding out in Idaho and Utah.

As The Daily Beast notes, senate walkouts are not a rare thing in Oregon, and Republicans aren’t the only party to utilize the method of preventing a vote, but the decision to leave the state does seem to be unusual, as does the way this walkout has quickly escalated toward threats of violence.

After the GOP fled, Governor Kate Brown authorized the state’s police to bring them back. (The legislative session is scheduled to end June 30th, but she also said there would be a special session held if they try to “run out the clock.”) Those police only have jurisdiction within the Oregon borders, hence the decision to hide out-of-state.

In response to Governor Brown’s call to bring the senators back to the Capitol, anti-government and pro-conspiracy theory militia group The Oathkeepers wrote on their public Facebook page that “this is how you get a civil war.” Other militia groups across the Pacific Northwest stated their support and plan to protect the senators, as one source put it, “at any cost.” That source made sure to remind The Daily Beast, “All of these people are armed.”

If you’re wondering whether the senators themselves are encouraging the militias, of course they are, and in some cases, they’re making their own direct threats. Republican Senator Brian Boquist said in a televised interview, “Send bachelors and come heavily armed. I’m not going to be a political prisoner in the state of Oregon. It’s just that simple.”

The Oregon statehouse was closed entirely on Saturday, after reports of a planned two-day militia protest event titled “Rally to Take the Capitol” were taken as a safety threat. Luckily, no violence came from that event, which appeared to only draw a handful of supporters.

With the doors closed to the Capitol on Saturday, Marion County Republicans canceled their rally today in Salem. There was a small smattering of groups here that either didn’t get the message, or had one of their own to deliver to leadership @KATUNews pic.twitter.com/L0Vq7HpSCP

However, that didn’t stop the official Oregon GOP account from tweeting out a picture from a different event in order to make the protest look more active.

So, um, why are you using a picture of loggers protesting earlier this week? pic.twitter.com/SUt4WUw3SQ

Although that wasn’t even the worst thing tweeted out this weekend by the party that literally ran away.

Our thoughts and prayers for Oregon Senate Democrats, who may have to face actual Oregon voters this morning. #orpol #orleg #capkillsjobs #hb2020 #Oregon11

On top of all of this, the missing senators have been informed that they’ll be fined $500 a day for their absence. Missing Republican Senator Tim Knopp has said that they’d file legal action, but Senate Majority Leader Ginny Burdick told CBS News that the fine is explicitly written in statute. Fining politicians for refusing to do their jobs seems perfectly reasonable, but apparently, a number of people don’t agree, and a GoFundMe set up to cover those fines has already raised more than $40,000.