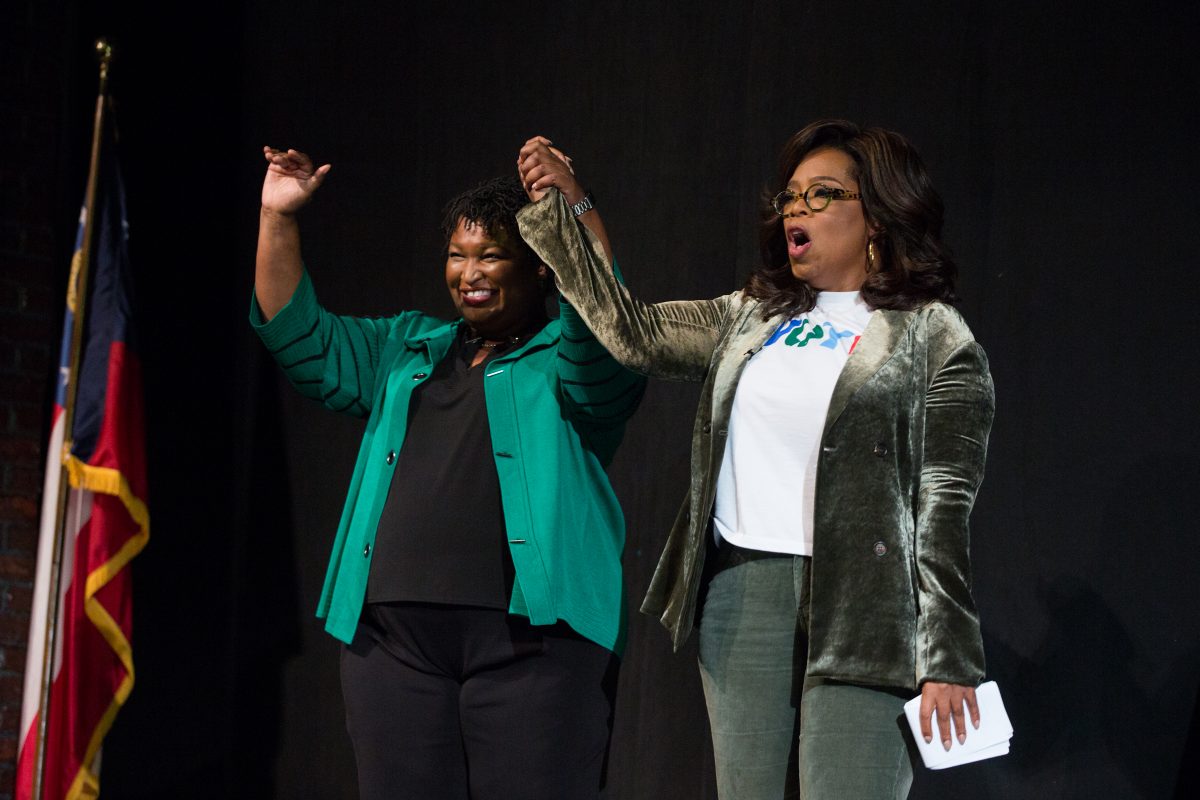 With the midterm elections less than a week away, Americans are gearing up for one of the most important elections of our lifetimes. The silver lining of Trump’s election (if there is one) is that it has inspired a record number of women, and especially women of color, to run for political office. Democrat Stacey Abrams is currently running for governor of Georgia, and if elected, she would be the first African-American woman governor ever.

Abrams is a charismatic and well-qualified politician who represents the incoming wave of progressive candidates committed to making real change. As she battles Republican Brian Kemp and fights against Kemp’s alleged efforts to to suppress voting, she has gotten tremendous support from America’s queen herself: Oprah Winfrey.

Oprah joined Abrams on the campaign trail, speaking to crowds about the importance of voting and even canvassing door-to-door to talk to voters. As you can expect, the reactions are priceless:

Oprah is out knocking doors for @staceyabrams omg pic.twitter.com/NLe7d2Vv7R

Oprah also gave an impassioned speech in Marietta, calling on people to vote and saying, “For anybody here who has an ancestor who didn’t have the right to vote, and you are choosing not to vote — wherever you are in this state, in this country—you are dishonoring your family. You are disrespecting and disregarding their legacy, their suffering and their dreams, when you don’t vote.”

While campaigning for Stacey Abrams, Oprah calls out nonvoters, saying: “For anybody here who has an ancestor who didn’t have the right to vote, and you are choosing not to vote… you are dishonoring your family.” https://t.co/xHlSkekYN9 pic.twitter.com/qMl06XxsIu

Other celebrities canvassing for Abrams include Will Ferrell and Michael B. Jordan:

Michael B. Jordan is knocking on doors to get Georgia voters to the polls. pic.twitter.com/M4TEQBiHNR

Canvassing is no funny business, but we love that Will Ferrell is knocking for Stacey Abrams! #TeamAbrams #gapol #Knocktober pic.twitter.com/rXjCe9fMX2

Mike Pence, who was in town to stump for Kemp said, “I heard Oprah was in town today and I heard Will Ferrell was going door-to-door the other day. Well I’d like to remind Stacey Abrams and Oprah and Will Ferrell—I’m kind of a big deal too.” Okay, sure Pence, you’re the Vice President. But you’re sure as shit no Oprah.