Hulu’s Only Murders in the Building Is One of the Most Impressive, Affecting Hidden Gems on TV 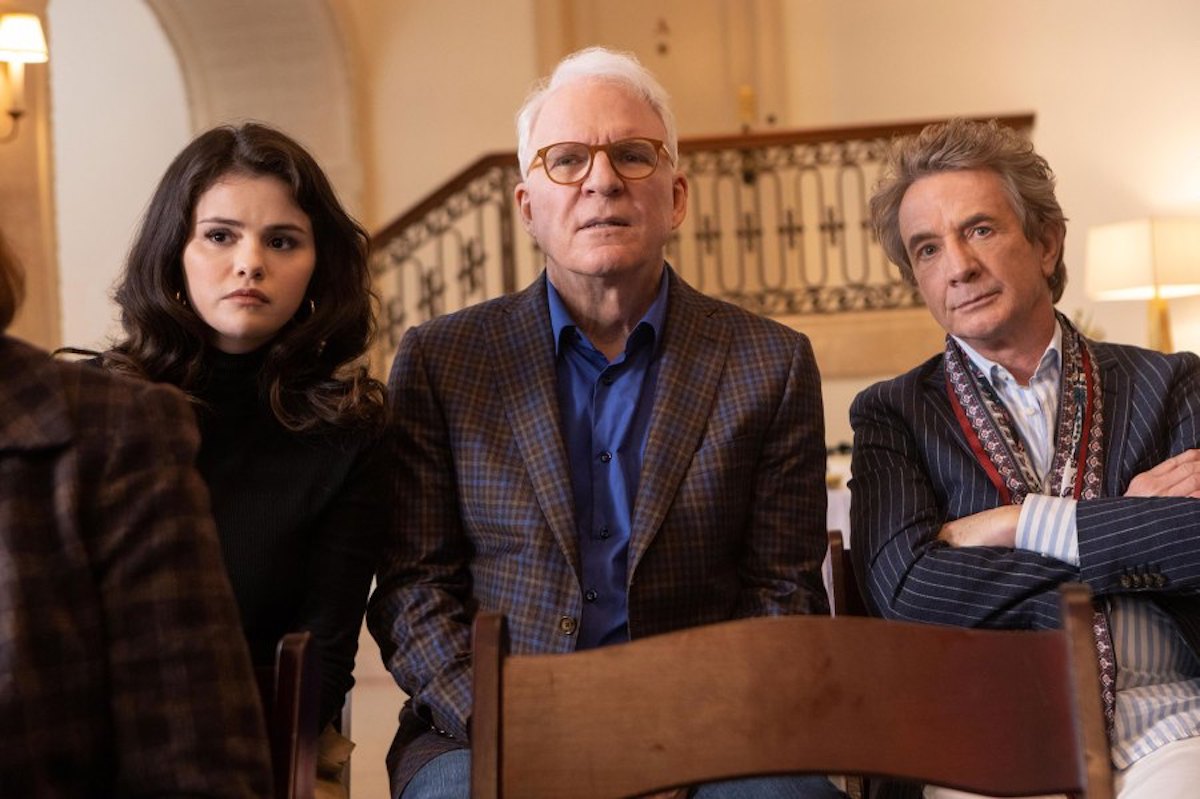 Hulu’s latest original series Only Murders in the Building is without question one of the streamer’s most impressive, affecting hidden gems. Though not quite as mainstream as contemporaries in genre like Succession or platform like The Handmaid’s Tale, the series has a well-deserved critical reception and a sizable following to show for its efforts—and, of course, its stars.

Steve Martin, Martin Short, and Selena Gomez make for an odd trio, but one that’s vital to what makes Only Murders in the Building so wonderful. Much of the magic of them together is how the series plays with and frequently subverts the significant age gap and generational difference between its stars. While we so often see millennials and boomers pitted against each other or burdened with unsavory stereotypes, Only Murders in the Building embraces the generational differences. The show creates a unique character dynamic that’s not only emotional affecting, but ripe for the comedic picking as well.

While promoting the show via press junkets and late-night appearances, one subject that kept popping up in interviews is the seemingly unorthodox pairing of veteran comedians Steve Martin and Martin Short with Selena Gomez—a pop star nearly 50 years their junior.

The unlikely composition of Only Murders’ leading trio is one of the show’s selling points: a group of virtual strangers comes together to create a podcast and solve a murder that’s been committed in their building, but their contrasting personalities and individual idiosyncrasies cause friction and send the investigation spiraling into all sorts of directions. Only Murders embraces the casting quirk wholeheartedly, and though it’s woven into the identity of the show, it’s also most primarily visible in one particular instance: the relationship between Mabel and Charles.

Mabel (Selena Gomez) is a Beats-wearing twenty-something with a cool girl attitude and a mysterious past, and isn’t all that close with anyone else in the building—almost a modern, tomboyish twist on the “femme fatale” archetype from film noir. Meanwhile, Charles-Haden Savage (Steve Martin) is an aging actor, famous for playing a hard-boiled detective in an 80s crime procedural. Charles is endearingly stiff, inept with both people and technology, and initially characterized as melancholy and lonely, hardened by all his years of self-imposed borderline isolation after the failure of his last long-term relationship.

When they meet by chance (along with the third member of the podcast, Martin Short’s eccentric has-been theatre producer Oliver), Mabel and Charles initially couldn’t seem more different, but over the course of the series (which has, thankfully, been greenlit for a second season) the duo go from virtual strangers to close friends. It’s a unique, heartwarming relationship that feels nearly singular in the dynamics between Mabel and Charles—thanks in large part due to the show’s frequent reminders of their sizable age difference.

All too frequently, when a piece of media makes a point of bringing up a character’s age/generation, it’s to poke fun at them, their generation’s perceived shortcomings/stereotypes, or other similarly negative intentions—often comedic shorthand for “young upstart” or “old fogey.” This dynamic permeates real-life pop culture as well: from adults in Facebook groups complaining about “childless millennials” to Gen-Z TikTokers making the phrase ‘ok boomer’ a viral dismissive takedown of the baby boomer generation, millennials and boomers seem to be at each other’s throats—or only having their age mentioned to crack jokes and reinforce negative stereotypes.

Enter stage left—Mabel and Charles. Do the two of them still subscribe to a number of stereotypical traits for their respective generations? Certainly. Mabel is antisocial, an archetypal “hipster” who has a penchant for offbeat clothing choices and frequently has her headphones in, blocking out the outside world—much to the chagrin of the older building tenants. Charles, on the other hand, is similarly a prototypical boomer: useless with technology, overtly formal in conversation and communication, and stuck in his ways after years of being on his own.

Only Murders in the Building is, first and foremost, still a comedy—so the series doesn’t shy away from cracking generational jokes about Mabel and Charles entirely. The key difference here, though, is that the jokes don’t feel like they come from a place of malice, or function as any sort of attempt to tear a certain generation down—instead, they’re sweet, funny reminders of the fundamental differences between two very different people who’ve developed a close but idiosyncratic relationship.

Oliver and Charles agonize over the perfect way to open a text they plan on sending Mabel—still consistent with portrayals of Boomers being bad with technology, but here, it’s a sweet depiction of their want to impress and please Mabel just as it is an example of them not being all that comfortable with texting.

Though Mabel is more often the point of view character and less prone to being on the receiving end of these generationally-oriented jokes, she still isn’t used as a way to just make fun of Charles’ boomer tendencies: instead, she finds them endearing, and more often than not can be seen smiling down at her phone when she gets an overly formal text that Charles ends by signing with his full name.

It’s a matter as small as simply being willing to approach a subject with an empathetic, understanding lens instead of a critical one, but the way Only Murderers in the Building treats its protagonists’ generational differences—and the way Mabel and Charles treat each other—feels like an almost revelatory depiction of millennials and boomers in how well they get along without entirely compromising their generational tendencies.

In fact, by the end of the season, this mostly comedic thread is used to both further narrative events and character-driven personal moments: Mabel is able to successfully pick the lock of an apartment because she learned the old-fashioned skill from Charles—who we find out taught it to her in exchange for Mabel teaching him how to use Postmates.

It’s a harmless joke, sure, but it’s also a sweet, true-to-life way to treat their differences with wit and empathy as opposed to blanket negativity and criticism. In the season finale’s final moments, we see Charles finally making attempts to reach back out to his step-daughter, and in this hugely emotional moment for him, he hesitates to send her a text before eventually deleting the formal full-name signature: a callback to a once harmless gag that brings his friendship with Mabel full circle in a small, heartfelt way.

Only Murders in the Building came out of virtually nowhere and established itself as one of the most refreshing, eclectic, and well-written shows of the year, carving a niche out as an offbeat, often heartwarming comedy series with genuinely well-paced murder mystery elements. It’s a strange combination that works to immense success.

What really makes Only Murders work, though, is the similarly strange combination of Charles and Mabel: a sweet, unorthodox friendship that dares not to just go for low-hanging fruit when it comes to depicting different generations, but instead celebrates and embraces their differences just as often as it uses them to crack jokes.