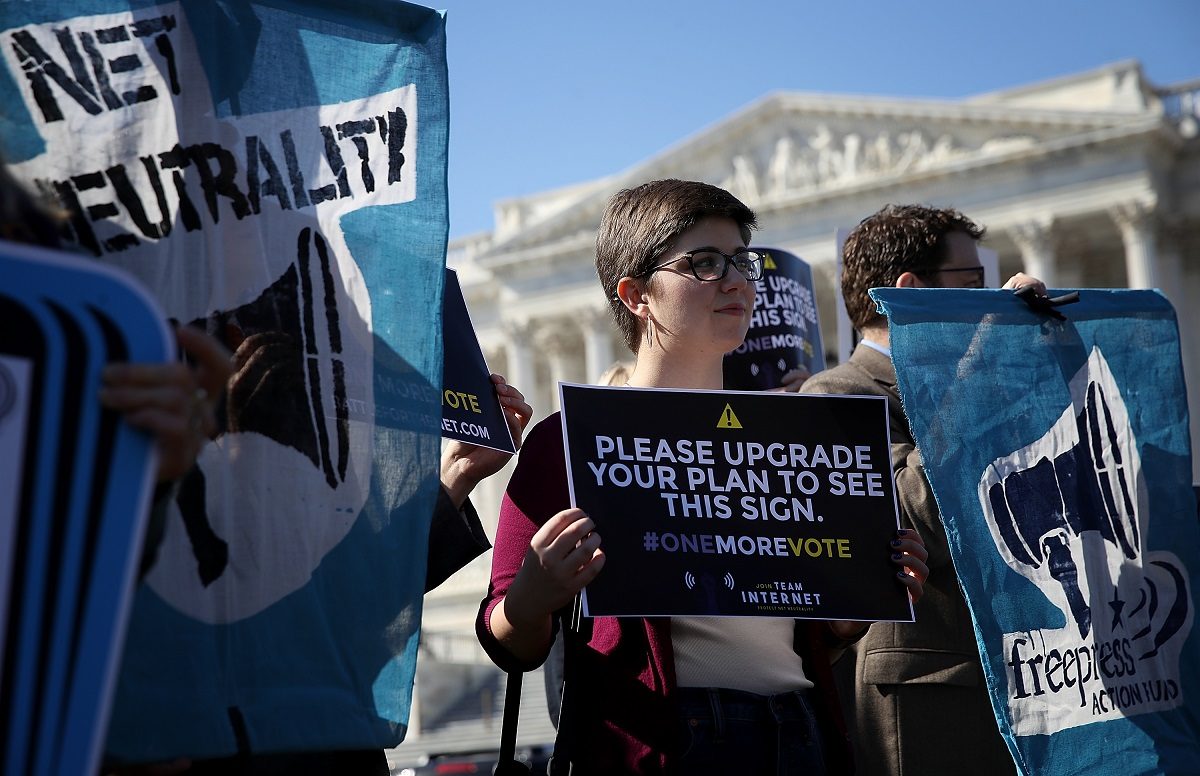 The Senate is one vote away from being able to kickstart the Congressional Review Act (CRA) process and undo the Federal Communications Commission (FCC) decision to roll back net neutrality. The CRA allows Congress to overturn federal agency decisions with a simple majority vote, within 60 days of that agency publishing their new rules. Neither filibuster nor Senate and House leadership can block the vote, and there can’t be any amendments. Fifty senators—all the Democrats, along with Republican Susan Collins—have already committed to voting to overturn the FCC decision, which means we only need one more senator in order to pass in the Senate.

As with so many of these efforts, the burden is unfortunately falling on those of you in red states. Fight for the Future estimates that senators Cory Gardner (R-CO), Orrin Hatch (R-UT), John Kennedy (R-LA), Dean Heller (R-NV), Jerry Moran (R-KS), Lisa Murkowski (R-AK), Rob Portman (R-OH), and Marco Rubio (R-FL) are the most likely to flip and support net neutrality, so if they represent you, be especially sure to reach out. If you need help doing so, Battle for the Net has a number of resources to help you contact your representatives.

We’re ONE vote away from passing the CRA resolution restoring #NetNeutrality in the Senate. Live in one of the red states on this map? That vote could come from your Senator. Join Operation: #OneMoreVote on 2/27 for an Internet-wide push to get the vote: https://t.co/m8e2wzTiA5 pic.twitter.com/bY07BzdTbV

As Senator Ed Markey (D-MA), the sponsor of the bill, pointed out, we only have 60 legislative days from the publication of the new FCC rules on February 22, 2018, so time is of the essence.

.@AjitPaiFCC officially published the rules that kill #NetNeutrality today. That means we now have just 60 legislative days to find #OneMoreVote in the Senate so we can pass my CRA to #SaveTheInternet.

Time is running out. Now is the time to make your voices heard! pic.twitter.com/uhXiv6Oork

Now, even if this bill passes in the Senate, it will also have to pass in the House of Representatives, where it only has 150 co-sponsors at the moment. And after that, it would have to get a presidential signature from Trump. But we have to try. A free and open internet is worth it, and it’s an election year. Call your representatives and remind them you’re paying attention—and that you’ll be voting in November.