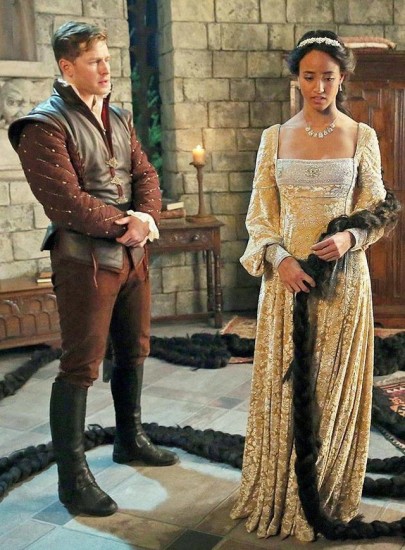 When Rapunzel, played by Alexandra Metz, comes to the Onceverse next month, she won’t be the happy-go-lucky frying pan wielder Tangled gave us: “We went a little darker and freakier,” says Executive Producer Edward Kitsis. “A little more horror story in the vein of The Grudge.” That’s… an odd association to make. Further, she’ll be visited in her tower by a “hooded menace” who may or may not be new villain The Wicked Witch of the West, but will probably be related to Henry, because who isn’t on this show?

Alexandra MetzOnce Upon a Time