And we've still got one more week of this. 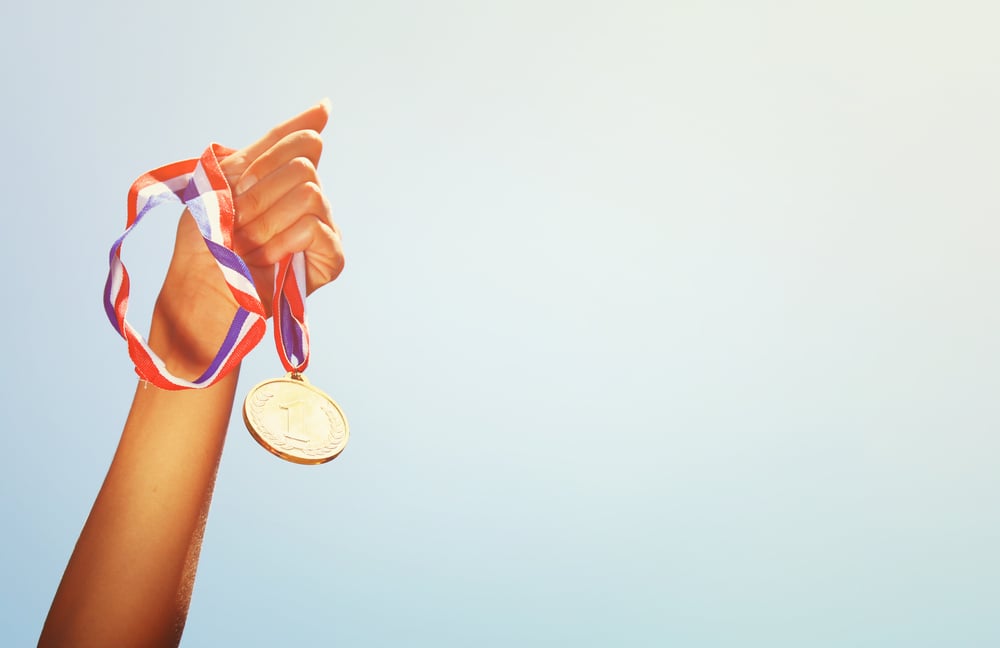 The Olympics are a unique situation–especially when it comes to the global attention given to sports that don’t normally get equal coverage on an everyday basis. Every four years, countries are often shot into the media spotlight (albeit briefly) when their athletes accomplish things that are unprecedented–multiple nations have won their first gold medals in this year’s Olympics, including Singapore’s first in swimming and Kosovo’s first in judo.

USA women’s sports is an entirely different subject. As little as two years ago, women’s sports only received 2% of the overall coverage on ESPN’s SportsCenter. It’s a statistic that seems oddly disproportionate considering how much support women’s sports have garnered over the last few years. Breakout stars of the 2016 Olympics like Simone Biles and Katie Ledecky aren’t new to diehard fans–but because of the lack of pre-Rio airtime devoted to women’s sports, audiences who aren’t keeping up with women’s gymnastics or swimming may not have heard their names until after the Games officially began.

Based on the disappointing lack of media attention to women’s sports when the Olympics isn’t on, maybe it shouldn’t be surprising that some news outlets seem to be at an utter loss when it comes to giving these female athletes sole credit for their accomplishments in these Games. There’s been a disturbing trend of the way several female Olympians have been described in the news. Corey Cogdell, who medaled bronze in trap shooting, was described by the Chicago Tribune as “wife of a Bears’ lineman”, referring to her marriage to Chicago Bears player Mitch Unrein. (One of the tweets that accompanied the article didn’t even mention Cogdell’s name, let alone which event she’d medaled in.) When Hungarian competitive swimmer Katinka Hosszu won the gold medal for the 400-meter individual medley, NBC commentator Dan Hicks was quick to point out Hosszu’s husband and coach Shane Tusup on the sidelines as “the guy responsible for turning … his wife into a whole different swimmer.” USA gymnast Gabby Douglas was heavily criticized for not putting her hand over her chest during the playing of the national anthem after helping to lead her team to a victory in the all-around event, but when USA swimmer Michael Phelps laughed during the national anthem in the middle of receiving one of his gold medals, it was fine!

There’s an undercurrent of sexism in the Olympics media coverage that seems to be mostly propelled by the inability to give many female athletes their own headlines, or tout them for their own victories, without linking them in some way to a man. Simone Manuel, who became the first black woman to win gold in swimming (let alone medal), wasn’t even deemed worthy of sharing the spotlight with fellow swimmer Michael Phelps by the San Jose Mercury News–although they later posted an apology for what they called an “insensitive headline.” Meanwhile, USA’s Katie Ledecky, who dominated the competition in the 800-meter freestyle and won gold by over 11 seconds, has been consistently referred to as “the next Michael Phelps”, with 2012 Olympian Connor Jaeger saying that she “swims like a man.” Most recently, in an article for The New York Times, she was described as her coach’s “latest innovation”–as if Ledecky’s ability to slay in the pool isn’t even something she gets to own.

Fortunately, these female Olympians have proven that they’re willing to rise above these comparisons that are clearly beneath them. When Ledecky learned that she’d “broken” male swimmers by beating them in practice at the Olympic Training Center, she didn’t give a second thought to the news, saying, “I was probably just concentrating on doing my own work.” Ledecky doesn’t need the comparisons drawn between herself and her male peers; she’s living proof that putting in the work is what helps her win those medals–even if she’s still the last one in the pool at 1 in the morning.

On Thursday, Simone Biles made a brief but powerful statement in a post-win interview that could serve as the perfect response from all of the female Olympians who are making names for themselves.

“I’m not the next Usain Bolt or Michael Phelps,” she said. “I’m the first Simone Biles.”