Yes, Olympic Swimmers Do Pee in the Pool | The Mary Sue

Yes, Olympic Swimmers Do Pee in the Pool 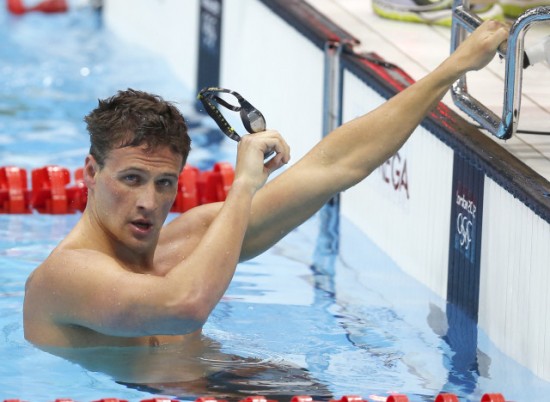 We turn on our TVs to see them, standing on podiums with medals around their necks and their national hymns playing solemnly. What we forget is that these men and women are people too; they pee in the pool. According to Carly Geehr, a former swimmer on the U.S. National Swimming Team, Olympic swimmers relieve themselves right there in the pool. Whether or not you want to think about it, there it is, medal-winning Olympians swim in a pool full of pee.

Carly Geehr knows her way around a pee-filled pool. She has been swimming competitively since she was eight and even participated in the 1997 Pan Pacific Championships at the age of 12. She helped Team USA win a second-place medal in the 800 meter free relay at the Pan America Games.

A question popped up on the question-and-answer website Quora this morning asking, “Do Olympic or competitive swimmers ever pee in the pool?” To which Geehr responded:

“Nearly 100 percent of elite competitive swimmers pee in the pool. Regularly. Some deny it, some proudly embrace it, but everyone does.”

It gets even better! Geehr continues by saying:

“Warmup/practice – totally free reign. As a swimmer, you just have to accept that you’re swimming in pee. I had a teammate that would sit on the wall and announce “I’m peeing!” which was … disgusting … but at least she warned us. I’m sure I’ve swum directly behind people who were just letting it all out.”

So, competitive swimmers, ones that are good enough to go to the Olympics, practice and swim in a 164 by 82 foot toilet. Later on in her answer, Carly Geehr puts our minds at ease by saying that Olympic athletes would never pee during a race. This makes some sense if you think about it. Who wants to leave the pool after you just lost the 200 meter freestyle by a sixteenth of a second with a yellow spot on your speedo?

So, keep in mind that the Olympians aren’t that different from you or me; they win, they lose, and they pee in the pool.