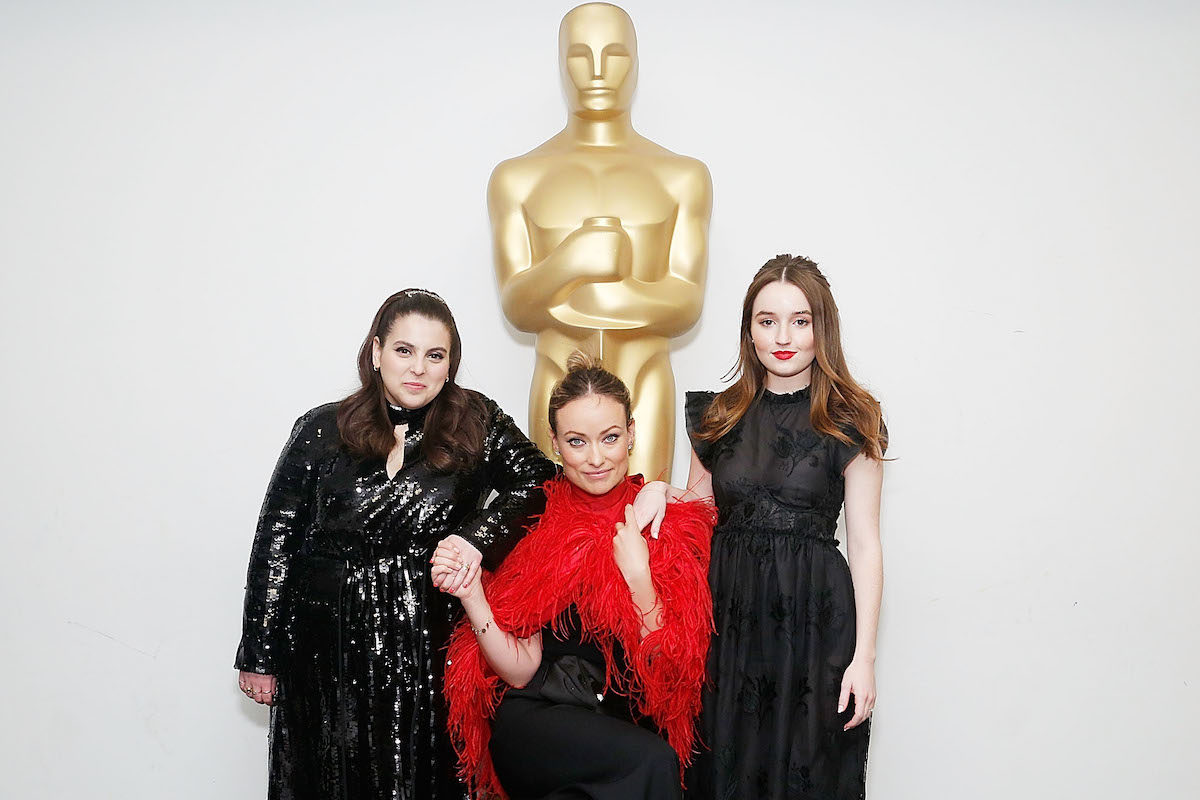 Now that Booksmart is available on digital platforms (and Blu-ray September 3rd), this seems like a great time to ask: What is Olivia Wilde going to do next?

Booksmart was Wilde’s feature directorial debut, which is all kinds of impressive. Rewatching this movie this weekend, I was struck all over again at how Wilde not only did total justice to a brilliant, hilarious script, making sure every emotional and comedic beat landed–but her visual style is so imaginative and at times breathtaking. There are a few specific scenes that highlight her ability to translate that imagination to screen and her ability to collaborate with experts in other departments. Like that claymation scene, or this impressive musical number:

But the one that truly floors me every time I watch it is the underwater scene.

This scene is impossibly beautiful. The sense of freedom and adventure, the sea of legs and the fact that Wilde manages to capture all of these bodies without hypersexualizing them–it’s an ethereal wonderland and such an incredible climax in Amy’s journey through the movie to this point.

Every time I watch this scene, I’m floored that this is Wilde’s first feature film. It’s not her first directing project, though. Like a lot of other super imaginative directors, she started with music videos.

And Edward Sharpe & the Magnetic Zeros’ “No Love Like Yours”:

Wilde followed up two major music videos with a critically acclaimed comedy that not only stands on its own but legitimately adds value to the entire genre of coming-of-age comedies? So I just have one quick question, then: Where’s her Star Wars movie? Or her giant studio tentpole somewhere else?

We’ve heard this time and again, the stories of female directors winning major awards or dominating a film festival, only to hear crickets from Hollywood studios. Meanwhile–and yes, this will always be the male gold standard until women start getting treated the same way–Colin Trevorrow took a meeting with Steven Spielberg to discuss helming Jurassic World just four months after his indie darling, Safety Not Guaranteed failed to crack $100,000 in its first weekend. (Now, I firmly do not believe box office receipts are an indication of quality, especially not with indie or otherwise niche films, but if people are going to say Booksmart underperformed, well, let’s just get some perspective there.)

I do not know what kind of offers Olivia Wilde has been fielding. I hope there have been a ton. She also seems to be currently in production acting in Clint Eastwood’s latest film. So maybe the fact that she has no directorial projects lined up on IMDB is totally fine.

Or maybe it’s the entertainment industry doing what they do best: ignoring talented female directors. If we’re being realistic, this movie about two young brilliant, caring, foul-mouthed teenage girls (written by a team of incredible women) likely won’t get enough love come awards season. Wilde probably won’t get the Oscar nomination I think she deserves and we’re allowed to be angry about that.

I really hope I’m wrong there, by the way. I hope the movie is showered with praise and I hope Wilde gets specifically recognized for her impressive work behind the camera. Here’s hoping.