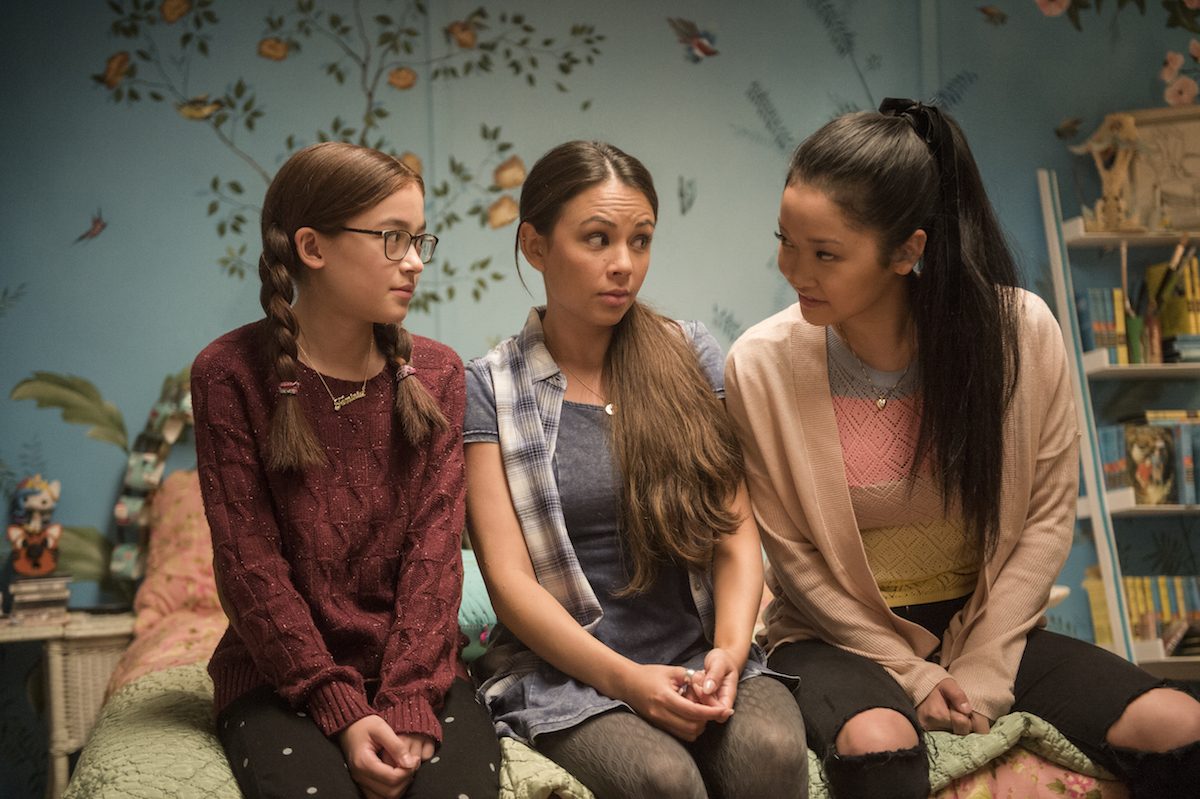 We’ve been looking forward to a sequel to To All the Boys I’ve Loved Before ever since we fell in love with the delightful teen romcom last year. There are two more books in the series on which the movie is based, and given the movie’s success, it was exciting, but not surprising, to hear last December that Netflix was moving ahead with a sequel.

Unfortunately, Susan Johnson won’t be directing the followup, and is instead handing the reins over to the first film’s director of photography, Michael Fimognari. This news is also less than surprising.

Now, Fimognari’s work is impressive. He was the cinematographer on The Haunting of Hill House and it’s nice to know that he’ll bring the same sharp eye to the next installment of To All the Boys. This is not a knock against him.

But it’s incredibly disappointing to hear that Johnson won’t return as director (she’ll still serve as an executive producer), because we now have yet another example of one of Hollywood’s most infuriating trends: replacing female directors of successful films with male directors for the sequels. Sam Taylor-Johnson left the 50 Shades franchise after the first film and was replaced with James Foley. Twilight’s Catherine Hardwicke was reportedly labeled “difficult” after the first film and replaced with men for the sequels. Both of those women’s movies were enormous box office successes.

Hardwicke spoke last year, on the film’s 10th anniversary, about her experience crafting and then being removed from the Twilight franchise. She describes getting the job because the studio severely underestimated the project. “Why do you think I got the job?” she said. “If they thought it was going to be a big blockbuster, they wouldn’t have ever even hired me, because no woman had ever been hired to do something in the blockbuster category.”

After the film smashed expectations and box office records, she was replaced with Chris Weitz on Twilight: New Moon.

From The Daily Beast,

“‘At the time I didn’t understand when people were dinging me for being whatever, emotional or difficult,’ Hardwicke says, referencing a Deadline Hollywood report that quoted sources who called her ‘irrational’ and unfit to direct the franchise’s second film, New Moon. ‘Yet they’re praising all the male directors I’ve worked for for being passionate and visionary and sticking to their guns, fighting for what they want. But a woman is emotional, difficult, bitchy, whatever. I didn’t know those code words and I didn’t know they were used pervasively, and so I just took them personally.’ She admits the stigma worried her until she realized ‘this is being used all the time for women.’ She’s learned a lot since then, she says. ‘We all have.'”

Both Hardwicke and Taylor-Johnston had a clear vision for their adaptations, they both reportedly clashed with the books’ authors, and they both brought in a ton of money, not to mention cult fandoms. And they were both replaced with men once their studios realized just how much money they could continue to make off the backs of these women’s work.

I’m not saying that’s necessarily what happened with Susan Johnson. In a statement, she said, “Directing To All the Boys I’ve Loved Before has been one of the great experiences of my life, and I am grateful to the fans for their passionate support of the film,” citing “the timing of [her] other projects” as the reason why she’s stepping down.

That may very well be true, and this may be a totally amicable split based on nothing but scheduling. (It would be easier to believe that if “scheduling” weren’t used as the excuse for nearly every personnel change in the entertainment industry.) It’s still disappointing to see her go, and to see yet another male director be given the job of crafting a story that is told so distinctly from a female perspective.