Jacob Tremblay is the only good man in Hollywood and he's 11. 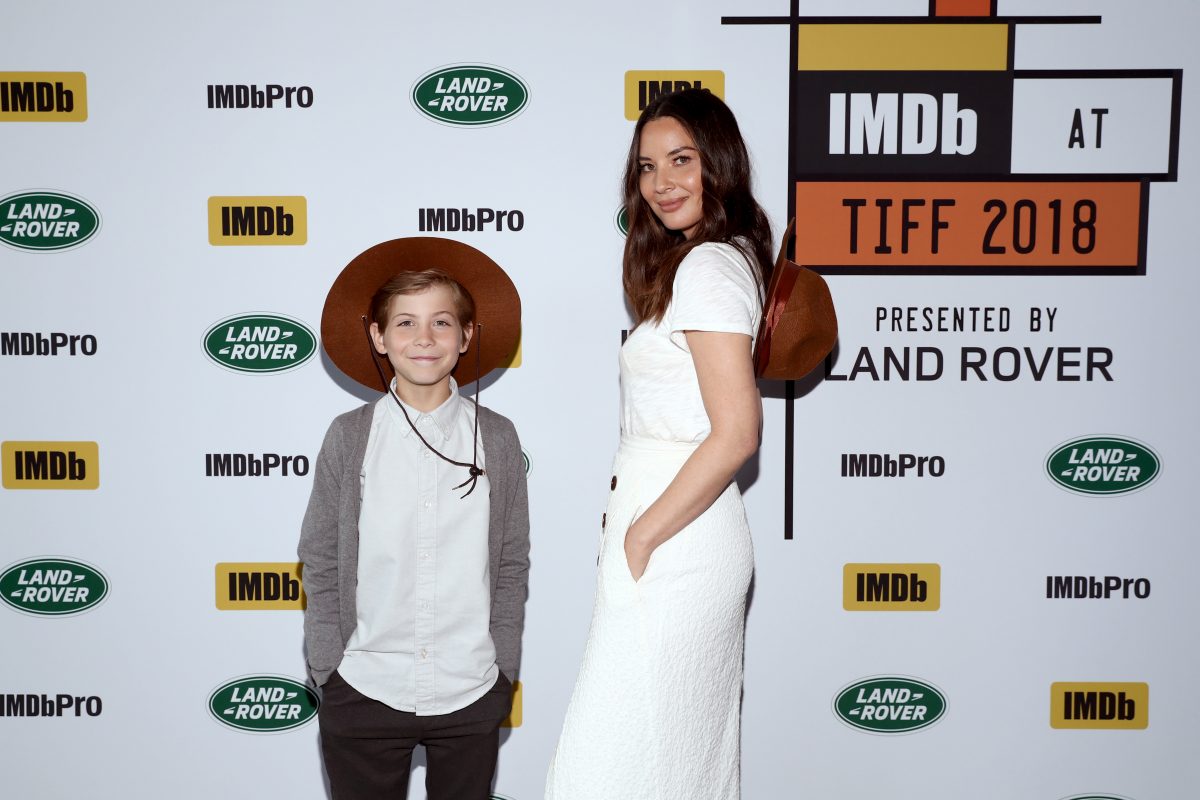 The fallout from Shane Black’s decision to hire his sex offender buddy for a cameo role in The Predator has fallen squarely on the shoulders of Olivia Munn. As it always does, the blowback from a scandal like this has targeted Munn herself, who was the only one to speak up and demand that Fox cut the scene from the film. Instead of receiving support from her cast members or an apology from Black, the actress was left to bend in the wind after all of her co-stars bailed on their group interview to promote the film at the Toronto International Film Festival. Only Jacob Tremblay (Room) showed up alongside Munn to promote the film, making him the only decent man in Hollywood. Oh, and he’s 11 years old.

Munn discussed the awkwardness in an interview with The Hollywood Reporter, saying:

The outpouring of support online and from the media and everyone just validating that it’s the right thing to do has been really uplifting and helps me breathe a little easier. … We’re making movies. We’re not in the mafia. I haven’t spoken against the family. This guy isn’t in our movie anymore. I try to do the right thing and that’s all I can do, and when I see something, you do something. You don’t just sit back and hope it protects your movie. The movie is a great movie, the scene isn’t in there. It’s going to do well. At the end of the day, it’s just a movie. We can’t tell stories about people and not care about people. … There are people who get very mad at you for not just helping them bury it.

She also discussed reading Shane Black’s public apology, and says she was offended that he never reached out to her privately to apologize or discuss the situation. Considering that Munn was the only actor in scenes with the sex offender, this seems like it should merit some sort of mea culpa. She also received radio silence from her co-stars, saying, “It’s a very lonely feeling to be sitting here by myself when I should be sitting here with the rest of the cast.”

After not hearing from her castmates, Munn attended the midnight premiere of the film, where her co-stars Boyd Holbrook, Trevante Rhodes, and Keegan-Michael Key gave Black a standing ovation. “I looked back and I see the guys standing up, and I was just confused, because I hadn’t heard from them during the day. Everybody else was sitting down—it wasn’t like this massive standing ovation for him. I felt it was still appropriate to clap and cheer, but to actually make that gesture to stand up, especially in this moment . . . and privately I knew that no one reached out to me to say, ‘Are you O.K.?’ It did feel bad.”

Eventually, co-star Sterling K. Brown tweeted a response to the situation (Brown was not in Toronto as he was busy filming the next season of This is Us).

.@oliviamunn I’m sorry you’re feeling so isolated, my dear. And I’m sorry you’ve been the only one to speak up publicly. I was not at #TIFF so I didn’t have an opportunity to be there with you. There are two main issues as far as I see it. First, what is and is not forgivable?… https://t.co/NQQpoO9kPa

Thank you to @20thcenturyfox for taking quick action in deleting the scene. @oliviamunn I hope you don’t feel quite so alone. You did the right thing. 🕉

Later, probably realizing the optics of Munn flying solo, co-stars Augusto Aguilera and Trevante Rhodes sat for an interview with Munn and the LA Times, where they expressed support for Munn and frustration at the situation.

1) #ThePredator
Trevante Rhodes: "I wasn't disappointed in Shane. I was disappointed in the situation"
Augusto Aguilera: "It's strange 'cause the first thing I thought of wasn't about Shane at all…There's a serious issue here that 'Liv was able to point out" pic.twitter.com/LpXFHVa1Og

Again though, Munn is the only person who is calling out Shane Black for knowingly hiring a sex offender and then lying about it. Rhodes and Aguilera were quick to defend Black, saying that they were upset with “the situation”, but come on guys. The situation was the direct result of choices Shane Black made. To pretend anything else is just disingenuous.

The Predator features a talented cast (many of which are TMS faves) but their response to the situation across the board has been very upsetting. It calls back to that awful Arrested Development group interview where all the men ganged up on Jessica Walter and discounted her upsetting experience with Jeffrey Tambor. Men will always close ranks and defend other men, a practice as disappointing as it predictable.

Munn followed up by saying, “I felt the support from online and the news, everybody was very encouraging and made me feel really good, but it was a very lonely, lonely time for me that day. I don’t care if it’s my movie. I don’t care if this movie was going to give me $100 million, it’s not worth being quiet over that, my silence is not for sale.”