Olivia Munn Shows Off Her Sword Skills Again, Reminds Us All She Should Get Another Shot at Playing Psylocke

Give Olivia Munn a (Psylocke) sword, you cowards! 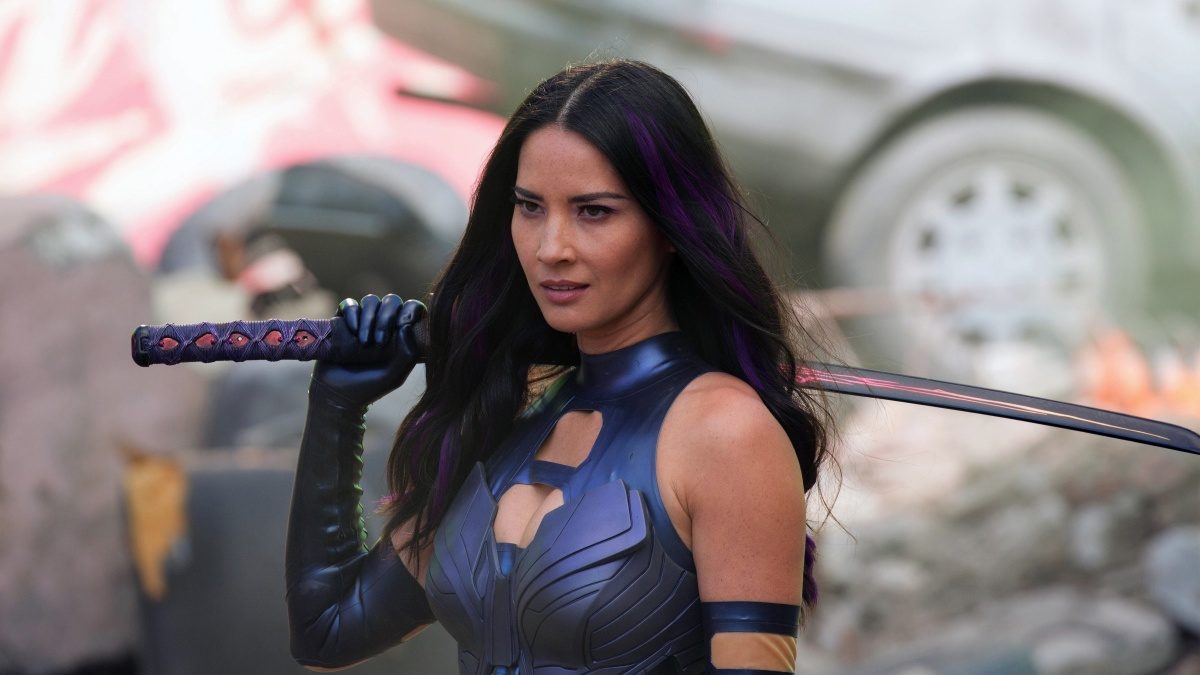 It is universally known that Olivia Munn and Psylocke deserved better than they got in the X-Men franchise. Not only did Olivia Munn prove she knew the most about her character, but she continued to be a badass driving force for female representation in comic book movies.

Now though, she’s rediscovering her sword from X-Men: Apocalypse, and honestly, I’d take a Psylocke movie (even with Munn accidentally hitting her own wall with it).

This is why we can’t have nice things. ⚔️ I found my #Psylocke sword 😏 pic.twitter.com/lRIJpWKPT9

Talking to GQ back in 2019 in their “Actually Me” series, she even talked about knowing more than both Bryan Singer and Simon Kinberg about Psylocke’s comic book background:

I think that people wouldn’t get so crazy if it was just a really great movie. When I was doing X-Men, I was actually surprised that the director [Singer] and the writer [Kinberg] didn’t even know that Psylocke had a twin brother. And I had to talk to them about a lot of different things about Psylocke and some other parts of the world that they didn’t know and that, as a fan, was very frustrating.

(She also talked about being a reporter in Iron Man 2, and honestly, I love the fan theory that she was Psylocke in Iron Man 2 and was just waiting for Apocalypse to show up.)

The main point is that Olivia Munn knows her stuff, and it is honestly one of my favorite things out there. I first fell in love with Munn when I watched The Newsroom back in 2012, and that love grew when I learned of Munn’s very nerdy ways—which is why her knowing all about Psylocke and her comic story isn’t that surprising, but it is a bit upsetting that she was the one who had to point out aspects of her character that were already established to both Singer and Kinberg.

But then again, that’s the entire reason why we love seeing Munn still rep her Psylocke sword—mainly because I wish that she would get a second chance to bring the character to life. The X-Men movies were a mess, to put it bluntly. Some of the movies were incredible, and then others were … not so much.

And I think that now, with Marvel in control of the X-Men movies, we’re at an interesting point where they can either restart or try and build from the world that Fox had started, and I, for one, would love to see Olivia Munn take on Psylocke some more. We need more actors like Munn playing these characters because she knows the importance of understanding where your character came from in the comics and knowing how they fit into the comic world that fans have known and love.

So yes, Olivia Munn showing off her Psylocke sword in 2020 is cool, but … what if we let her have a Psylocke movie or at least cameo in a movie when the X-Men finally hit the MCU? What about Deadpool 3? Can Olivia Munn show up there?