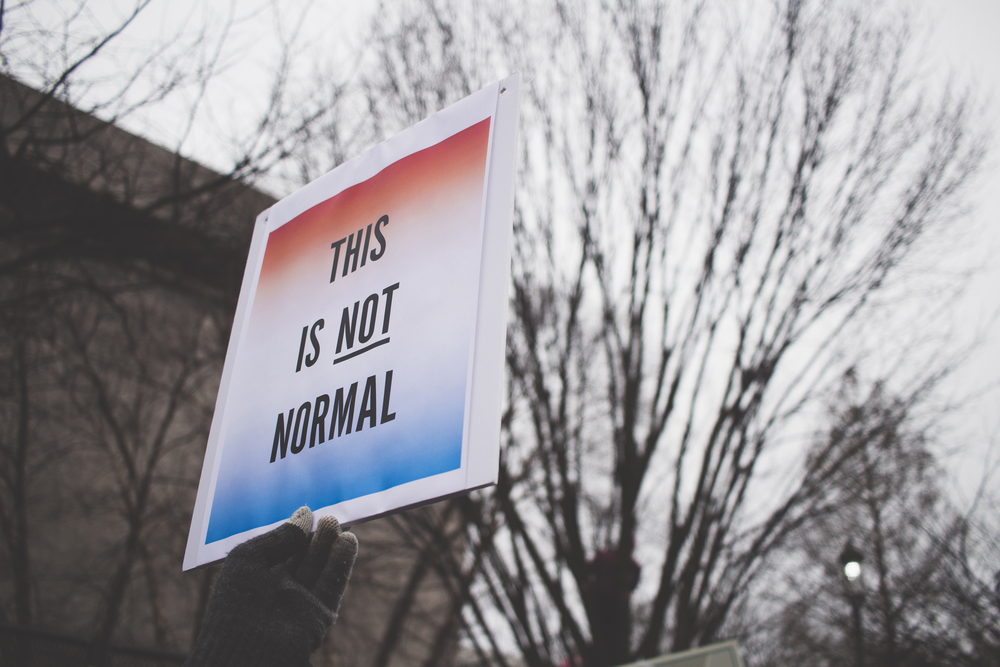 It’s hard to even know where to start with describing HB 1441, a new anti-abortion bill out of Oklahoma. It feels like it should be written out on the back cover of a dystopian novel, maybe a sequel to The Handmaid’s Tale.

Imagine a world in which men must give their written consent before a woman can seek an abortion. A world where women are deemed “irresponsible” for getting accidentally or unwillingly pregnant, through any circumstances. A world in which women are described by those in power as “hosts” for “another body” that they “invited in.”

It doesn’t feel like that should be describing the actual world we live in, does it?

But that’s exactly what this bill, which just passed out of the (all male) Public Health Committee and will now go to a House vote, proposes. Let’s hope that those saying this couldn’t possibly get through that vote, or hold up in a higher court, are right; but that doesn’t diminish the insulting, condescending reminder that this is how women and their bodies are viewed by so many.

Here is the actual introductory text of the bill:

“An Act relating to public health and safety; prohibiting abortion to be performed without consent of the father; requiring pregnant woman seeking to abort pregnancy to provide identity of father; allowing identified person to demand paternity test; providing certain exceptions; providing for codification; and providing an effective date.”

At the very least, the bill does not extend to cases where the man in question is deceased (so long as you bring your doctor a death certificate) or in instances of rape or incest. (Although, who wants to place odds on what it might take to convince a doctor of that truth?) I suppose we should count that as a minor win housed within a total dehumanizing loss.

So what kind of backwards, misogynistic inhuman bully could write such a bill? Meet Justin Humphrey. He’s the one that decided it was totally fine to refer to women as “hosts.” Here’s what he told The Intercept as an explainer of this bill:

“I believe one of the breakdowns in our society is that we have excluded the man out of all of these types of decisions. I understand that they feel like that is their body. I feel like it is a separate — what I call them is, is you’re a ‘host.’ And you know when you enter into a relationship you’re going to be that host and so, you know, if you pre-know that then take all precautions and don’t get pregnant. So that’s where I’m at. I’m like, hey, your body is your body and be responsible with it. But after you’re irresponsible then don’t claim, well, I can just go and do this with another body, when you’re the host and you invited that in.”

And here was his response to criticism of that explanation:

For now, Rep. Humphrey sticking to his term “host” pic.twitter.com/PiFTW8lHbP

That’s right, he Googled the dictionary and it didn’t tell him not to refer to women as “hosts,” so he’s totally open to using a better word if there is one. Except for the fact that women have been letting him know how dehumanizing this is and supplying him with lots of alternative words to describe pregnant women (number one pick: um, how about “women”?), and he still refuses to listen.

This bill is clearly dismissive of women at all levels, but it’s almost (okay, not really, but at least somewhat) as dishonest in its attempt to look like it cares even the slightest about men and fatherhood. As Humphrey describes it, this isn’t about taking away women’s rights, you see; it’s about holding men accountable.

As The Intercept writes,

At first, Humphrey said that the original intention of the bill was to ensure that fathers are involved in supporting a child from conception. “I was wanting fathers to have to pay child support at the beginning,” he said, but that specific language was excised from the bill.

Because sure, what holds men accountable more than punishing women for choices (at best) shared between them?

#Humphrey: this is about making men responsible but the bill doesn’t require men to pay for prenatal care or assist during work leave #okleg

Again, hopefully beyond all reasonable hopes, this gets shut down immediately upon its arrival on the House floor. But when politicians make it this clear just what they think of the women of the world, we can’t wait and see what other politicians do. Tweet, call, email–heck, run for office yourself. These are not normal times we’re living in. Don’t let these men decide what your world looks like.

(via The Intercept, image via Shutterstock)