Re-live the Late 90s With Radiohead: There’s an OK Computer Reissue on the Way 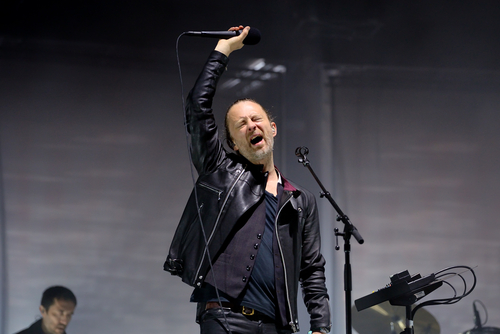 Radiohead is taking a trip back to 1997 and they want to take you along, too.

Okay, to be fair, it’s not a real trip, and they don’t actually want to take you along, per se. What they’ve actually done was this: they announced a remaster of their seminal record, OK Computer, and they did so by bringing their website back to its 1997 state. Whether it’s actually accurate to what it looked like 20 years ago (ugh) doesn’t seem to matter, as the real announcement here is that Radiohead are re-issuing OK Computer, and what’s more, they’re adding some previously unreleased tracks to the bundle.

You can pick your delivery method: a full box set, vinyl (hello, it me), CD, or as a download (320k mp3, 16-bit WAV, or 24-bit WAV, according to The Verge). Or you could get it all. Nobody’s really stopping you. The box set, though, comes with a bunch of extra goodies, like three 12-inch vinyls, a hardcover artbook, a copy full of Thom Yorke’s songwriting notes, a sketchbook from Donwood and Tchock, and a cassette tape packed with old demos and archival tracks. Of course, it being a cassette tape, that means you get like, ten tracks, but whatever, it’s a cassette. Finally, a use for your old Walkman! The box set will set you back a cool $130, though.

(via The Verge, image: Shutterstock/Christian Bertrand)