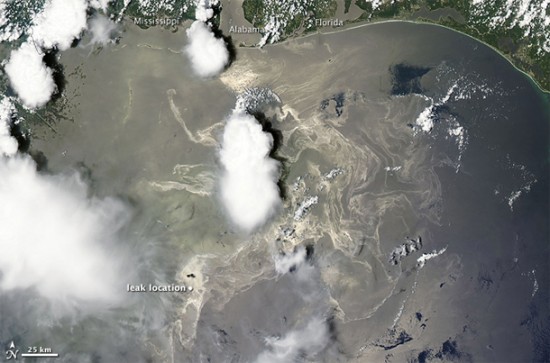 Way back in April, we posted some then-alarming satellite photos of the BP oil disaster in the Gulf of Mexico. At the time, we wrote that it was geting worse, and fast; we had no idea what was in store, though. This latest picture from the MODIS instrument on NASA’s Terra satellite paints a much grimmer picture of the devastation wrought by the oil in the two months since it started leaking.

Meanwhile, in a week jammed with political posturing, BP has had little to say about actual progress in containing spill.