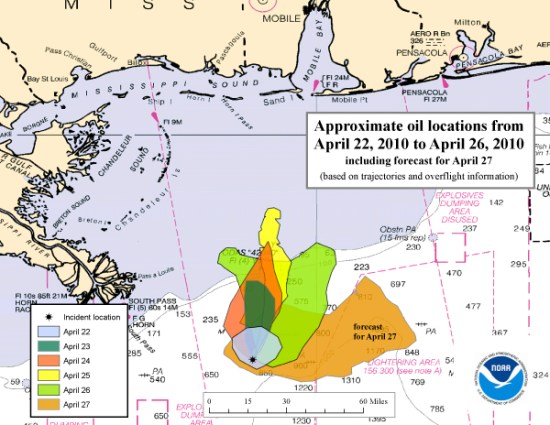 The oil spill that, for more than a week now, has been growing in the Gulf of Mexico is getting worse and five times faster than originally estimated. The National Oceanic and Atmospheric Administration (NOAA)  is now saying, after closer investigation, that the spill that started with the sinking of the Deepwater Horizon rig is leaking oil at a rate of 5000 barrels per day, versus the original estimate of 1000 barrels a day. While that doesn’t put the spill on the scale of the 1989 Exxon Valdez spill, it has already reached and exceeded the size of Rhode Island. That’s not some past oil spill that happened in Rhode Island, mind you; that’s the actual U.S. state.

The COO of BP, the leaseholder for the sunken rig, told ABC News’ Robin Roberts that the amount of oil spilling in the Gulf can be estimated at between 1000 barrels a day, the original estimate, and 5000; he also emphasized the effort to solve the problem as quickly as possible.

The coast guard reported the new estimate yesterday, starting up their plan for a controlled yet difficult burn of the oil. BP and its contractors, according to ABC, have tried unsuccessfully to seal the leaking wellhead with a dome or with the help of a submersible robot. Meanwhile, with fears of the oil reaching the shore in the next few days, Louisiana Governor Bobby Jindal has declared a state of emergency, and Homeland Security Secretary has called the spill an event of “national significance.”

When all is said and done, the cost of clean-up and repairing damages is projected at $1 billion.

If the facts and figures involved seem a little abstract, this NASA satellite photo of the Gulf of Mexico taken today highlights the severity of the spill, as do the photos below, which were taken a full two and four days ago, respectively, when not as much oil had leaked out: 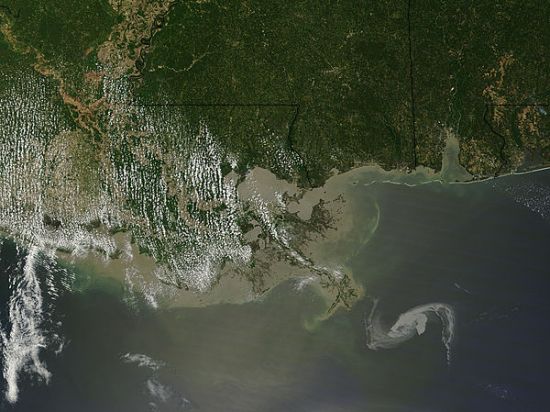 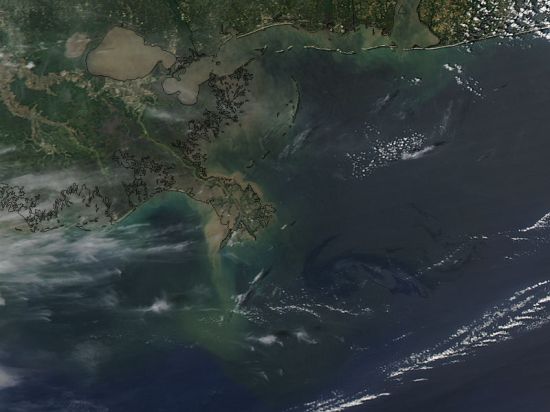 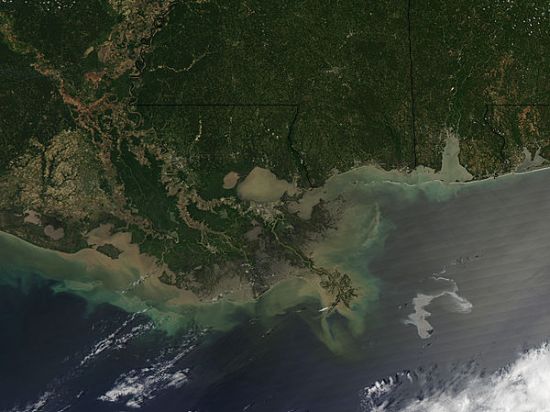